Making amends? Kim Kardashian reunited with husband Kanye West in Wyoming after the rapper publicly apologized for lashing out at his wife earlier this month.

The Keeping Up With the Kardashians star, 39, arrived in Cody, Wyoming, on Monday, July 27, TMZ reported. The couple were spotted inside a car together outside of a Wendy’s.

Kardashian’s trip to the duo’s ranch came two days after a source told Us Weekly exclusively that West, 43, had visited a hospital on Saturday, July 25, to deal with his anxiety. 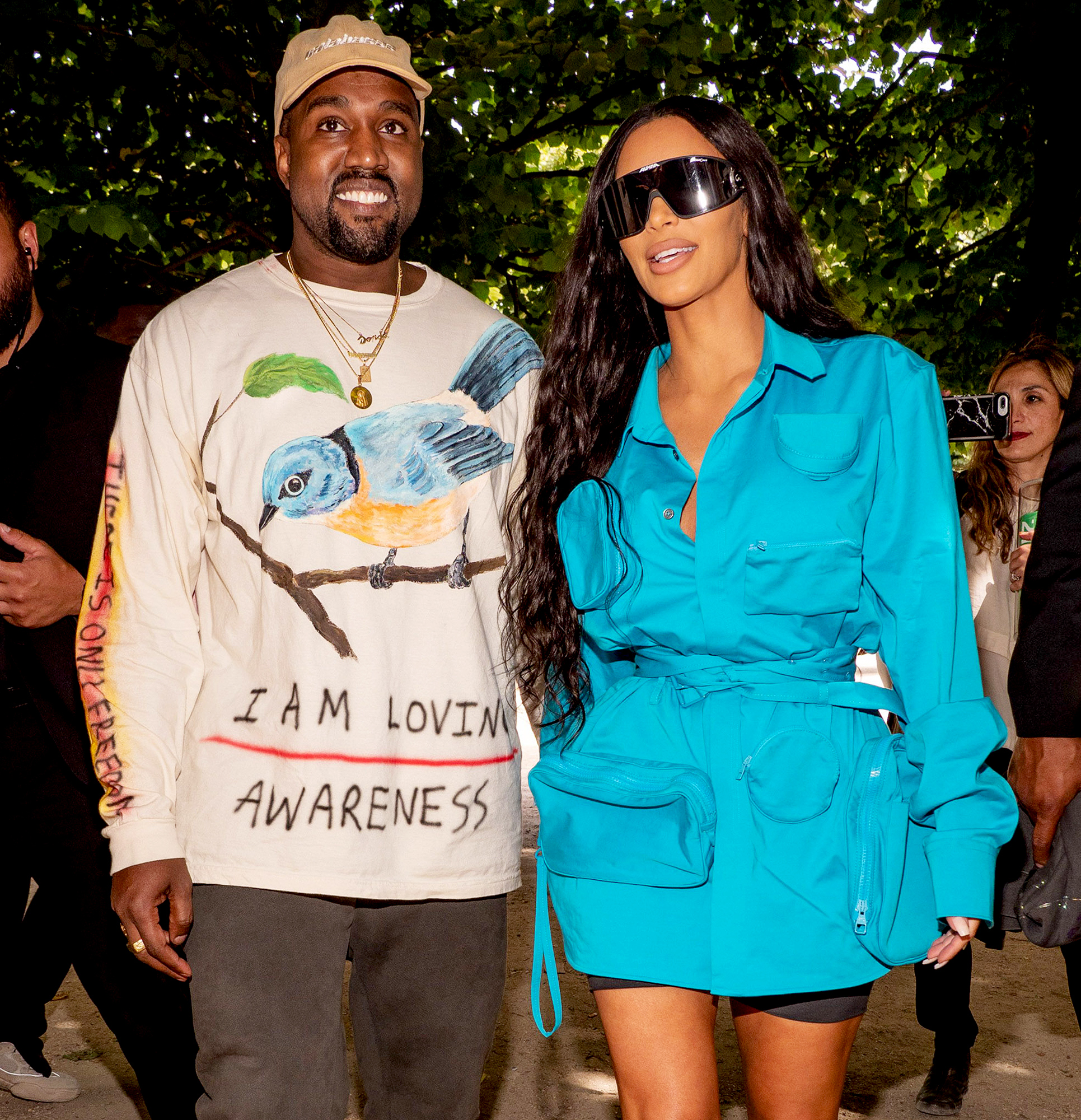 “He has been surrounded by a lot of people and started to feel really overwhelmed,” the insider said. “Kanye decided to go to the hospital to get checked out. Upon his arrival, Kanye decided he’d rather be seen at home. He headed back to his home — an ambulance followed.”

After seeing a doctor, the source added “he’s feeling much better.”

Earlier that day, the “Jesus Walks” singer apologized to his wife for his public outbursts and harmful words about her and their family.

All the Times Kim Kardashian Has Publicly Defended Kanye West

“I would like to apologize to my wife Kim for going public with something that was a private matter,” West tweeted. “I did not cover her like she has covered me. To Kim I want to say I know I hurt you. Please forgive me. Thank you for always being there for me.”

The “Wash Us in the Blood” rapper initially turned heads on July 19 during his presidential campaign rally in South Carolina, where he revealed that he and the TV personality almost terminated Kardashian’s first pregnancy. The couple share four children, North, 7, Saint, 4, Chicago, 2, and Psalm, 14 months.

The next day, the designer went on a Twitter rant and accused the Skims creator of trying to have him committed to a psychiatric facility.

“Kim was trying to fly to Wyoming with a doctor to lock me up like on the movie Get Out because I cried about saving my daughter’s life yesterday,” West wrote in a since-deleted tweet.

West also slammed his mother-in-law, Kris Jenner, and said that she and her longtime boyfriend, Corey Gamble, were “not allowed” to be around his kids.

On Tuesday, July 21, he doubled down on his claim and added: “They tried to fly in with 2 doctors to 51/50 me. I been trying to get divorced since Kim met with Meek [Mill] at the Warldolf [sic] for ‘prison reform.’”

After the tweetstorm, a source told Us on Tuesday that the mother of four is “deeply upset” that the musician was “talking about their personal life and for making matters that are very personal to them and their family public.”

Kardashian later addressed her husband’s behavior and bipolar diagnosis in a statement via Instagram on Wednesday, July 22.

“Those that understand mental illness or even compulsive behavior know that the family is powerless unless the member is a minor,” she wrote. “People who are unaware or far removed from this experience can be judgmental and not understand that the individual themselves have to engage in the process of getting help no matter how hard family and friends try.”

Despite the couple’s current issues, a source told Us on Wednesday that the reality star “doesn’t want to divorce Kanye [because] she envisioned spending the rest of her life with him.”

The insider added: “But at this point, she has to get real for the sake of the family. The kids are the priority.”

A second source told Us that “Kim has been meeting with lawyers to explore and talk about divorce” with a third source adding that she hasn’t gone through with a divorce in the past “because of the children.”