End of an era. La La Anthony filed for divorce from her husband, Carmelo Anthony, on Thursday, June 17, Us Weekly can confirm.

Celebrity Splits of 2021: Stars Who Broke Up This Year

“They have been separated for a while now and will remain friends,” a source exclusively told Us. “They both want to make sure that the divorce goes as smoothly as possible for their son.” 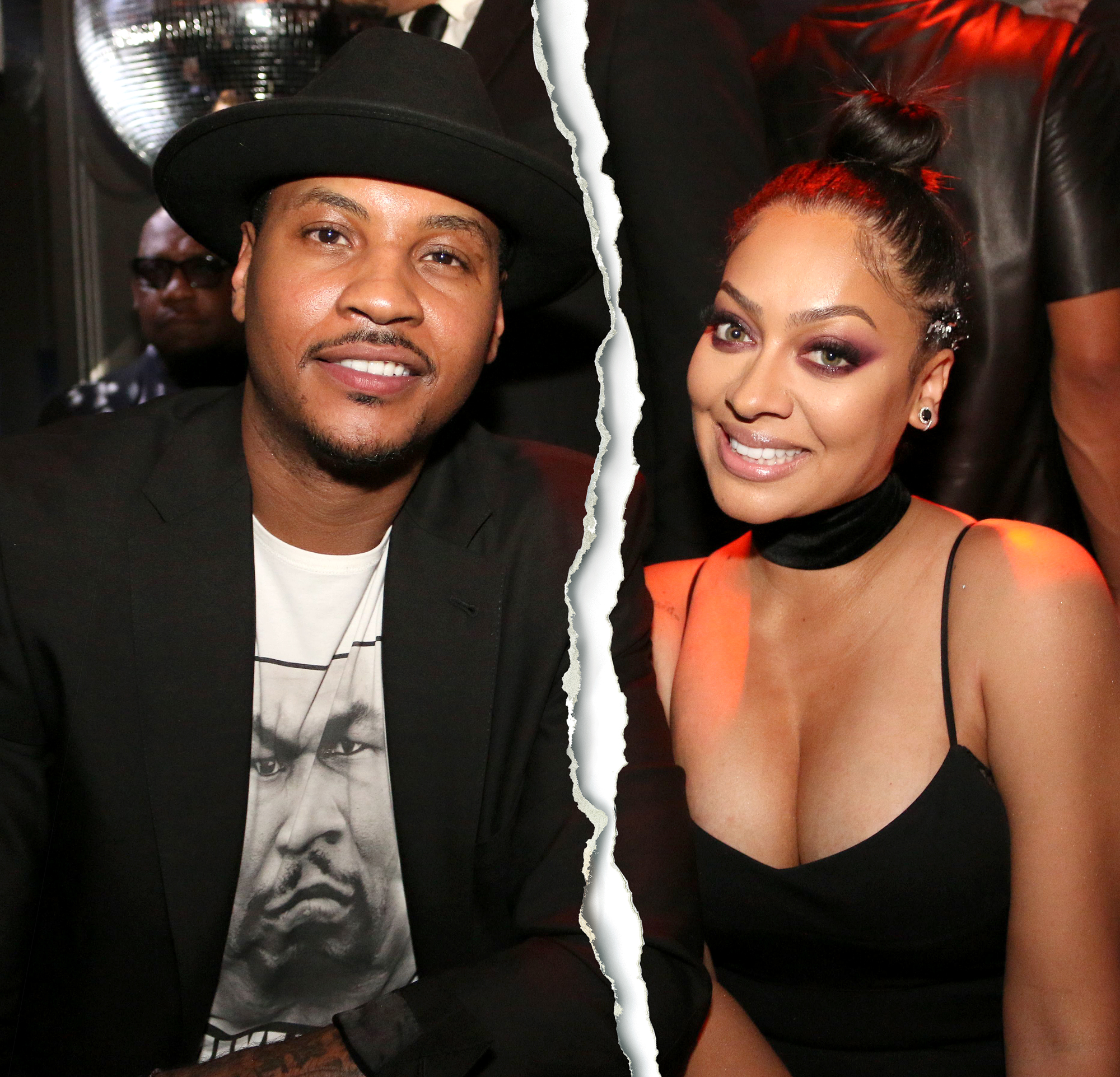 The NBA star, 37, and Total Request Live alum, 40, got engaged in December 2004 and wed in July 2010. The New York City ceremony was filmed for the series La La’s Full Court Wedding, which premiered on VH1 in September 2010. The pair share one son, 14-year-old Kiyan.

The couple previously separated in April 2017 but got back together nearly two years later. “La La and Carmelo have recently reconciled and they truly still love one another,” an insider told Us in December 2018. “It’s so obvious when they’re together. They also both want what’s best for their son and are committed to being a family.”

The following year, the Think Like a Man star spoke to Us about the ups and downs that come with long-term relationships.

The following month, photographs of Carmelo sunbathing on a yacht with an unidentified woman surfaced, leading to rumors that the couple were headed for a final split.

“Things between La La and Carmelo are strained,” a source told Us in June 2019. “It has been difficult for La La to move past the infidelities. … Those actions rocked La La to her core.”

By 2020, though, the pair had recovered enough to quarantine together during the coronavirus lockdown. The BH90210 actress decided to relocate from New York to the West Coast early last year, and spent some of the pandemic with Kiyan, Carmelo and other family members.

Celeb Exes Who Are Quarantining Together: Demi Moore, Bruce Willis and More

“It’s actually been smooth sailing,” she told Access Hollywood of the duo’s relationship in April 2020. “To see my son just so happy, even in the midst of what’s going on in the world, to me, is what’s important and what matters to me. So I feel really great about that.”

At the time, La La was far more concerned with the difficulty of homeschooling Kiyan. “Kiyan is 13 now, so can you imagine the work that he’s getting?” she joked. “And I’m Googling, like, math problems and this. I’m like, ‘I don’t remember this stuff.’ So at least I have some help to help me with that because wow, the work at 13 — seventh grade — is no joke.”