Larry Kudlow: US is heading in the wrong direction, but we can unwind Biden's big government socialism

I want to begin with perhaps the most famous line ever written in the English language: "We are endowed by our Creator with certain unalienable Rights, that among these are Life, Liberty and the pursuit of Happiness." Probably heard that before.

Thomas Jefferson and the founders knew what they were talking about. That famous phrase is not only about prosperity, but as friends and devotees of Adam Smith, they were thinking about the economy and they were thinking about making folks happy. Smith was the free market rockstar. He led the Scottish enlightenment. Jefferson, Franklin and others knew Adam Smith and communicated with him regularly. "The Wealth of Nations," well that was published in 1776. Ring a bell? Well, so was the Declaration of Independence.

In some sense the American revolution itself was an economic revolt against the oppressive tax policies of King George III. Free people want the opportunities to better themselves, to climb the ladders of success, to achieve, to create, to support their families and their communities. That's what free market capitalism is about. That's what economic growth should be about. That's what prosperity means.

I will say flatly this evening, we do not have enough prosperity in America. Certainly not the past year where we've suffered through inflationary recession, but it's a longer-term story unfortunately. It really dates back to the past few decades. 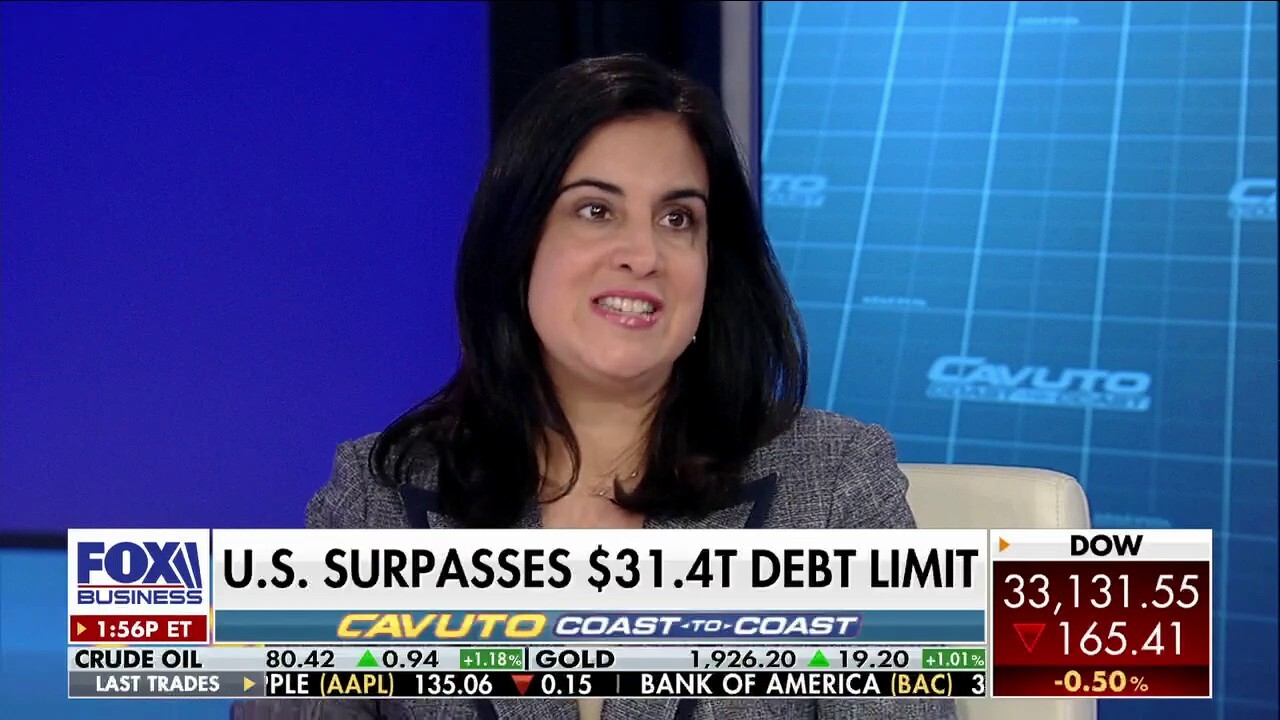 House Ways and Means Committee member Rep. Nicole Malliotakis reacts to the U.S. surpassing its $31.4 trillion debt limit and discusses the likelihood of a government shutdown on ‘Cavuto: Coast to Coast.’

A couple of numbers for modern times — bear with me on these numbers. After World War II, from 1947 up to the year 2000 — that’s a period of over 50 years, the American economy, after inflation, grew by more than 3.5% per year on average. It’s a remarkable achievement — 3.5%! However, since the year 2000, our economy has stagnated to an annual growth rate averaging less than 2%. That is stagnation and that is not the American way. It's not the kind of long-term prosperity that America used to be known for. One question tonight is: What's gone wrong? Then, how to fix it.

If that post-war trend line of 3.5% growth per year had been maintained the last two decades, our economy would be an incredible $9 trillion bigger today, and if we kept the 3.5% growth rate over the next 10 years, we'd be adding another $8.5 trillion in GDP output. So, the difference in round numbers is almost $20 trillion of lost economic output. Average families in the U.S. would probably be about $75,000 wealthier in income. It could be used for investments, for retirements, for the kids, for their education, for their grandkids and a better life. So, the stakes are always very high here, as you can see.

Now, I know it’s not all about numbers, but these numbers show us how far short we are from what American economic potential should be. Now, it's hard to pinpoint just one specific cause of the American economic shortfall, but I would posit the view that the federal government has grown too large, spends too much, taxes and regulates too much, it inflates too much.

As an aside, we haven't had much king dollar currency confidence since the early '70s when the U.S. left the gold exchange standard discipline. The inflation rate for 25 years after World War II was about 2.5%, but over the past half-century, inflation has nearly doubled to over 4% and of course in the past two years, it's nearly doubled again. That is a huge problem.

The size of the Federal government? Well, during the high growth period federal spending as a share of the economy averaged 18.9%. In the last 22 years, however, it's moved up to 21.6%. Right now, it stands at nearly 24%. So, we are moving in the wrong direction.

In the last three years, government spending at all levels — federal, state, local — actually averaged just over 44% of GDP. That sounds a lot like big government socialism to me. In fact, a recent TIPP-Insights poll is a shocker: By 51 to 31%, Americans agree that the U.S. is moving toward socialism. Alright? 51 to 31. They don't like it. I mean by 57% to 35%, Americans say they are unwilling to pay higher taxes to support more social programs, but the reality is, in recent decades we have been drifting toward socialism, to use Kevin Hassett's phrase, growth and prosperity has suffered and stalled.

The next few years we may be fighting recession, and that's why spending, taxing and regulating should be significantly curbed. Let's remove government barriers to production and investment. Let's make typical blue-collar families wealthier, but let's make the federal government a bit poorer. Let’s restore workfare and work requirements, so able-bodied people who receive generous federal benefits will go back to work. Work is the heart and soul of the American economy. People love a job well done, but government incentives not to work have been a body blow to the economy and to families.

You know, this free market model has worked in the past. Let's go back in time. Ronald Reagan slashed tax rates and when he left Washington, there were only two tax brackets — take a deep breath here — two brackets: 28% and 15% and that was it. Now, did that work? Well, between 1982 and 1989, the U.S. economy increased at a 5.1% annual rate, after the Reagan revolution, OK? Reagan wanted "peace through strength." That was the Gipper's goal. He reignited the economy and soviet communism crumbled. Alright, so it worked.

But there's more evidence, let’s go back more in time. Democrat JFK slashed tax rates. Did it work? Well, between 1962 and 1969, the American economy after inflation grew at a 5.4% annual rate. Wait a second, let me go even deeper back into history.

In the 1920s — the jazz age — Warren Harding, Calvin Coolidge and Andrew Mellon slashed tax rates — hang on — slashed government spending and slashed the federal debt burden as well. Think of it! After the terrible post-WWI, deep recession with high inflation, free market policies launched an unbelievable boom. This from a new book by historian Ryan S. Walters, and between 1922 and 1927 the American economy averaged 7% real growth. Despite the tax cuts, which fueled the growth — guess what — federal revenue soared, spending was tightly controlled, yearly government budget surpluses emerged and one-third of the national debt was paid off.

Alright, now, the Bidens have moved in the opposite direction. They never talk about growth or prosperity. It’s climate, race, social welfare — these are their big themes. The poor results show. In just his first year alone, Joe Biden's war against fossil fuels and his war against business in general generated an unbelievable $200 billion increase in net regulatory costs. 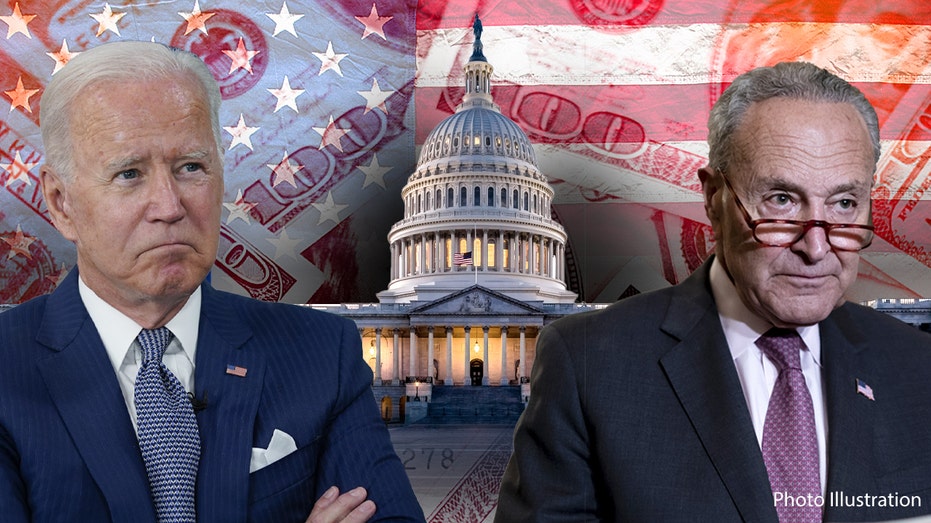 His central-planning regulatory octopus has gotten even worse in his second year and there is no end in sight. Before him, Donald Trump slashed regulations, gave us U.S. energy independence and the biggest corporate tax cut in history. So, for several years we had a prosperity interlude, but the Bidens obsessively are trying to reverse every single one of Trump's policy successes.

Now, I'm optimistic that the new Republican Congress can begin to unwind Biden's big government socialism, but it will not be easy and it will not be fast. Now look, putting all the legislative proposals aside for the moment, the debates, the deals and whatever, we have learned from history that prosperity matters. It's crucial to family progress, it’s crucial to national defense security and the way to restore prosperity is to reawaken the successful history of economic freedom. We know what works.

This article is adapted from Larry Kudlow's opening commentary on the January 19, 2023, edition of "Kudlow."