Dreaming of McKinley High? Lea Michele gave a subtle nod to her Glee roots nearly one year after allegations about her past behavior on the set made headlines.

Everything the ‘Glee’ Cast Has Said About Working With Lea Michele

The actress, 34, posted an Instagram Story on Tuesday, June 15, of herself listening to “Deja Vu” by Olivia Rodrigo with a specific set of lyrics highlighted in moving text. “Watching reruns of Glee / Being annoying / Singing in harmony,” the lyrics read. 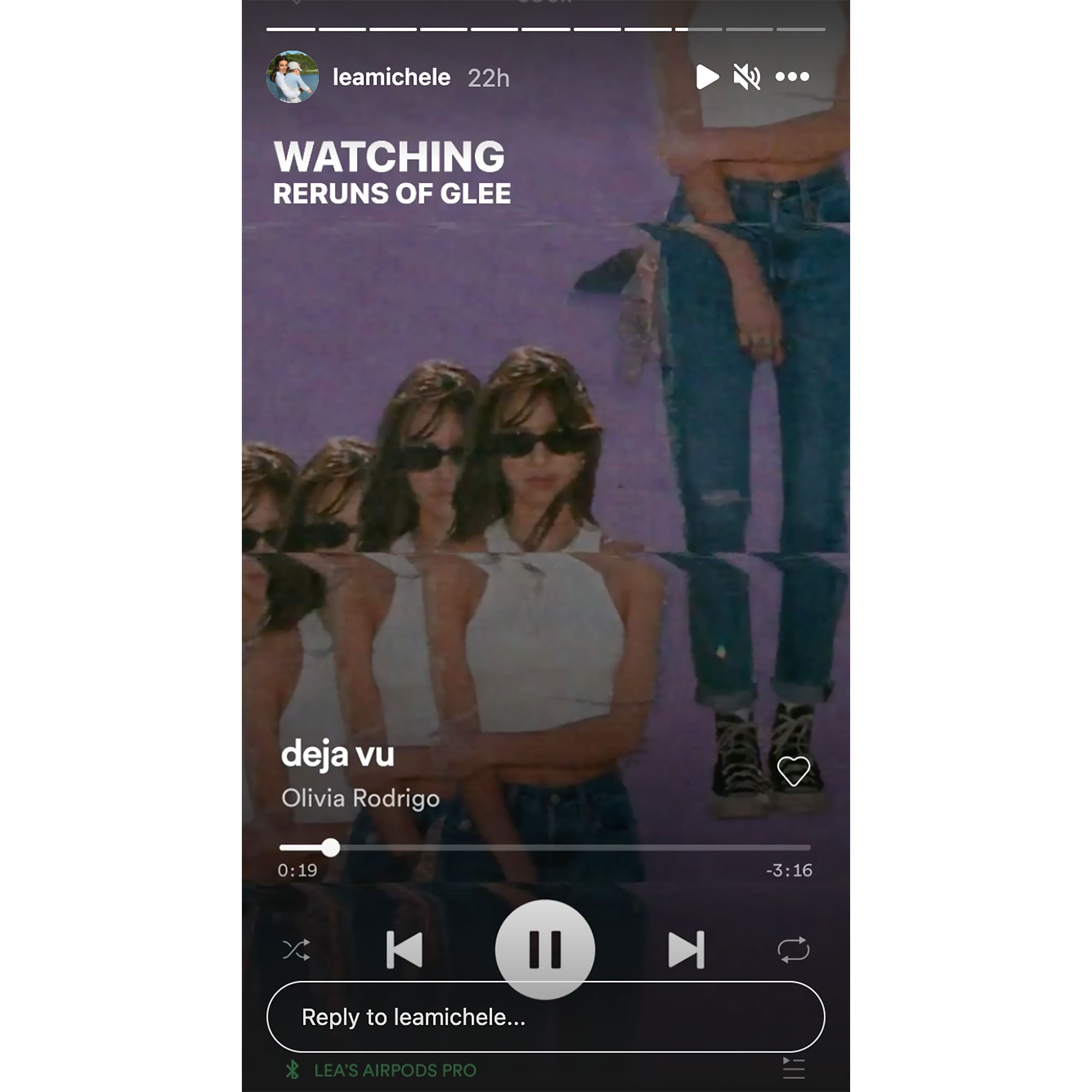 At the time, Michele was pregnant with her first child, son Ever, and addressed the controversy in a lengthy Instagram statement. “Whether it was my privileged position and perspective that caused me to be perceived as insensitive or inappropriate at times or whether it was just my immaturity and me just being unnecessarily difficult, I apologize for my behavior and for any pain which I have caused,” she wrote. “We all can grow and change and I have definitely used these past several months to reflect on my own shortcomings. … I listened to these criticisms and I am learning and while I am very sorry, I will be better in the future from this experience.”

Morris, also 34, was one of many former colleagues to open up about Michele being “unpleasant to work with” amid the drama last summer. She doubled down on her statements during an appearance on the “Everything Iconic With Danny Pellegrino” podcast in May.

‘Glee’ Cast: Where Are They Now?

“I remember getting so much shade and people were like, ‘Why don’t you go out and say it?’ And I’m like, ‘Guys, she’s pregnant and all this stuff is going around,’” the dancer recalled. “And it’s true, I don’t know if maybe we were victims of bullying, and it’s a very victim thing to do to blame yourself, which is what people were saying, but … the only person who was honest about it was Naya [Rivera].” 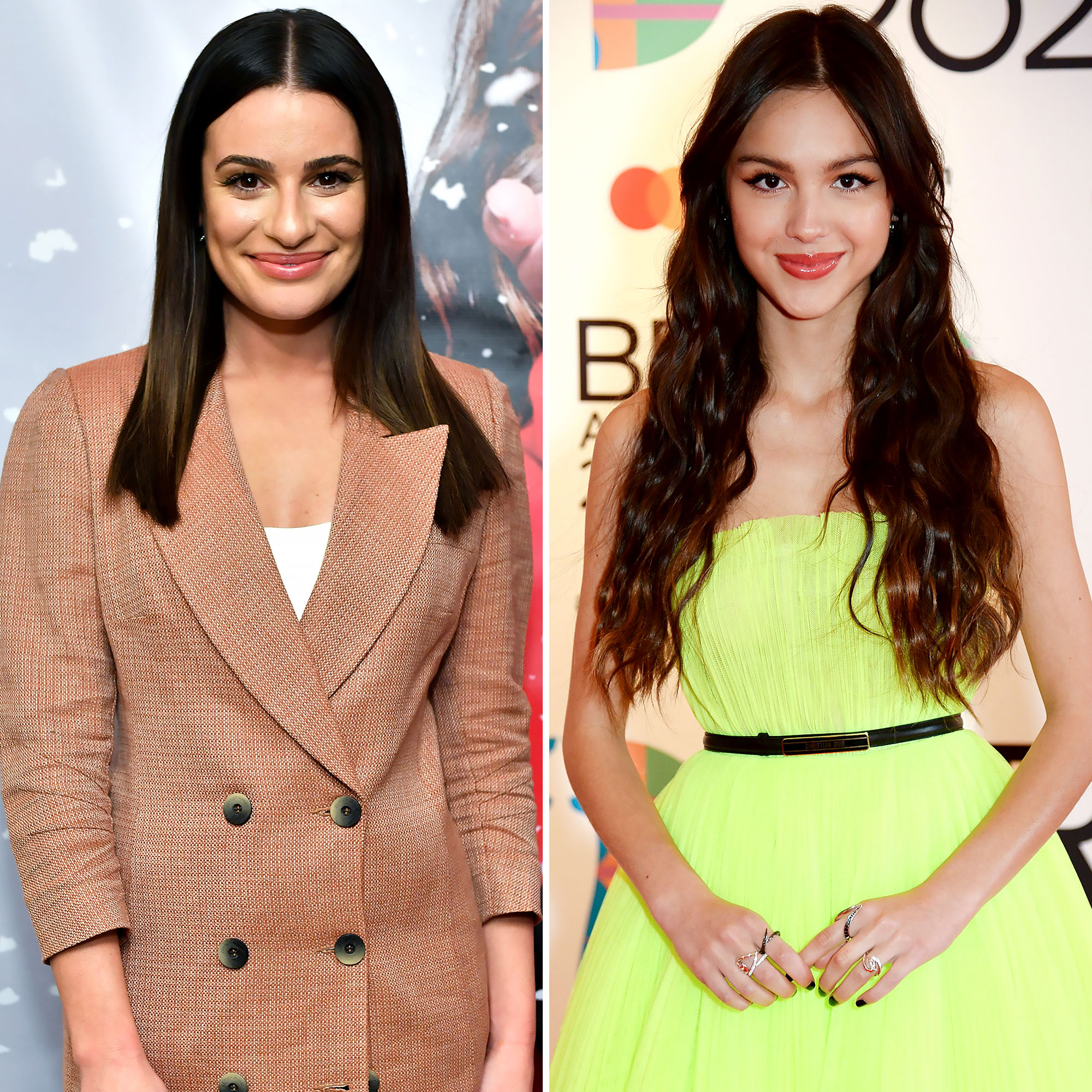 Rivera, who died in a drowning accident in July 2020, and Michele apparently clashed while working on Glee. The late actress described what it was like to work alongside the Scream Queens alum in her 2016 book, Sorry Not Sorry, claiming Michele “didn’t like sharing the spotlight” and even jokingly referring to her by her self-centered character Rachel Berry’s name.

Morris remembered Michele’s diva behavior as being “very hush-hush on set,” causing many of the Glee cast to not stay silent about the matter. “We absolutely could have stepped up and gone to the Fox execs and said how we felt about the situation, but no one did. … I think many people were very scared, and I know, genuinely, I felt like it wasn’t my place, and I don’t know why because I was a cast member,” she said in May. “We all got close with Lea at different points, and then we all weren’t as close with her.”

From ‘SATC’ to ‘Glee’: Reliving the Biggest Costar Feuds of All Time

Though plenty of Michele’s fellow Glee cast were quick to share their negative experiences, others came to her defense last summer. Matthew Morrison, who starred as Mr. Schuster on the musical series, called the uproar a “distraction of the bigger issues” at the time, namely the Black Lives Matter movement. Another former colleague told Us Weekly that Michele “was completely self-obsessed,” but “did not discriminate” against anyone.

“It didn’t matter if you were young or old, Black or white — it’s just kind of her world,” the insider added.