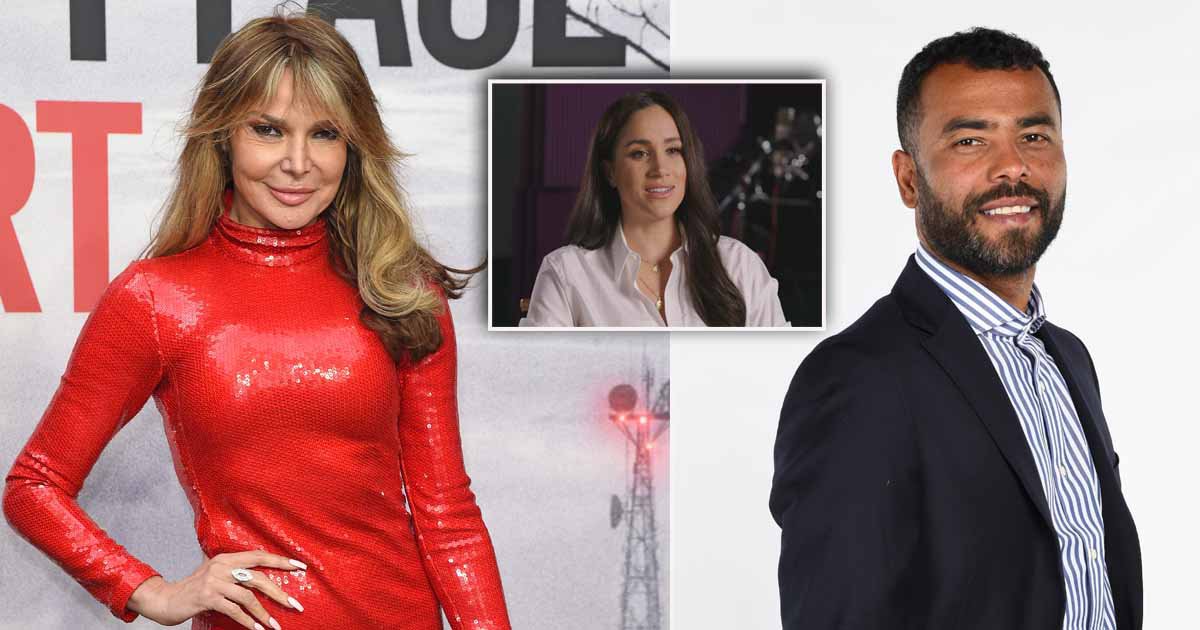 Lizzie Cundy has revealed that she tried to find Meghan Markle a British boyfriend before she met Prince Harry, but her attempts to fix her up with Ashley Cole didn’t go so well.

The TV personality, 53, revealed that she and Meghan had met at a charity event in 2013 where Lizzie was asked to look after the Suits star, 39, as the actress didn’t know anyone.

Despite being reluctant to hang out with someone she didn’t know instead of her friends, Lizzie claims the pair got on ‘like a house on fire instantly’, to the point that Meghan even asked her to set her up with a British guy.

Lizzie told Grazia: ‘Meghan said she loved London, and would love an English boyfriend, so I went through my phone to see who I knew that might be a good fit.

‘I tried to find her a boyfriend – Ashley Cole wasn’t so keen – but I did try to fix her up, which is funny looking back.’

It’s not the first time Meghan and Ashley have been linked, as in 2017 a Daily Mail journalist claimed that Meghan showed her messages from Ashley in 2013 asking if she should go out with him.

The journalist claims she ‘set Meghan straight’, adding: ‘Meghan seemed taken aback, and quietly replied: “Thanks, I appreciate it. Some of my friends told me to stay away from him, too.” Then she giggled: “I think I’ll leave it.”’

Despite admitting that Meghan ghosted her in 2017 after getting together with Prince Harry, Lizzie has revealed she believes the couple named their daughter Lilibet after her and not the Queen.

She told OK! magazine: ‘I was called Lilibet. It’s short for Elizabeth. It was my nickname at school!

‘Thank you Meghan. You ghosted me – and now you’re calling your child after me.’

She added: ‘I was quite shocked by it because it’s an unusual name. Maybe that’s her way of reaching out. But I wish them well and I think it’s wonderful.’