Manti Te’o — the college football superstar who fell for one of the most famous catfishing scams to date — is opening up on his decision to go public with his side of the hoax … saying attending a Jay-Z concert helped him come forward.

Remember, the former Notre Dame linebacker reportedly lost his grandma and girlfriend within hours of each other in 2012 … except the entire romance was based on a lie. 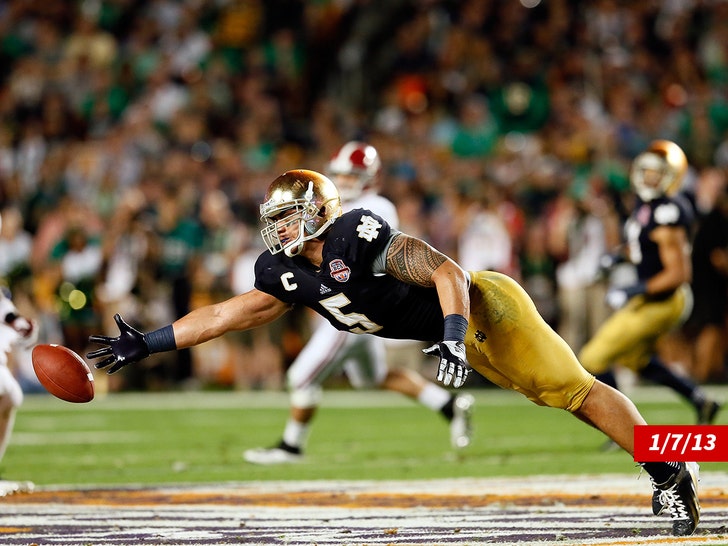 As it turns out, Te’o didn’t know his GF — Lennay Kekua, a student at Stanford — didn’t actually exist … despite previously stating he had met her in person (Te’o adamantly denies being involved in the hoax).

Manti — who was eventually drafted by the San Diego Chargers in the second round of the 2013 NFL Draft — is now speaking about the whole thing … and says he was first inspired to go public with his story after attending a Jay-Z concert as a member of the New Orleans Saints in 2017.

“Cam Jordan with the Saints took a bunch of us teammates to a Jay-Z concert,” Te’o said on “CBS Mornings.”

“And at that concert, Jay-Z opens up with saying these words — ‘you cannot heal what you don’t reveal.’ And it may have been just some random words to everybody, but for me, at that time, it hit me like a ton of bricks.”

“In order for me to kind of heal from this, I needed to reveal it.”

Te’o said he vowed to share his side when the next opportunity came — and in 2020, documentary director Tony Vainuku approached him.

What resulted was the “Untold: The Girlfriend Who Didn’t Exist” project, which just hit Netflix on Tuesday.

Now, Manti says he’s happily married … with one daughter, and a son on the way.