Margaret Josephs has always been an open book, but now she literally has one you can read. The Real Housewives of New Jersey star’s memoir, Caviar Dreams, Tuna Fish Budget: How to Survive in Business and Life, serves as a companion piece of sorts to the Marge who Housewives fans have gotten to know since she joined the series in season 8.

“I think there’s so much about me on the show that people don’t know,” Margaret tells ET over video chat, explaining why she felt compelled to write a memoir. “I got on the show when I was 49. I had a very different upbringing — that I didn’t realize was so different, until I went to therapy and [learned] it was a crazy fun life. I think it made me who I am — and I could have gone, literally …. been a drug addict or a hooker any day of the week, easily!”

The collection of essays begins with Margaret’s childhood, a time period best defined by two quotes Margaret attributes to her mother, Margaret, Sr.: “It was the Nixon years” and “We’re European.” The stories play like a 1970s version of Gilmore Girls, just maybe a little more messed up.

“I say, I was raised by wolves, and I think it’s a story to be told,” she jokes. “What I learned about myself is, I was much stronger than I thought I was — and I forgot about so many of the stories. I really dug deep.”

Margaret says writing the memoir dug up some “emotional pain” between she and her mother, but ultimately brought them closer together.

“I was nervous because she kept saying, ‘Honey, let me read the book,'” she shares. “I was very concerned, because I did share a lot of things that are not the most flattering — but she knows it was done with love — and what I went through, and you know what? She loved it. The one thing about Marge, Sr., she owns who she is, and she, as an older woman, has validated everything that I went through as a child.”

There’s a chance those stories could make it to the big (or TV) screen, too. Margaret says writing down the wild tales of her youth got her thinking of adapting her book into a movie or mini-series.

“Marge, Sr., as much as it was so crazy, I knew she really loved me,” Margaret notes. “We raised each other. It was like, she was Barbie and I was, you know, her sex kitten little sidekick, like Skipper.”

“I would love to do something,” she adds. “I always say it would be like Goldie Hawn and Kate Hudson in the older years, and then younger we’d have to figure out who it was.”

Hear one of Margaret’s childhood stories for yourself in the below clip, a behind-the-scenes look at Margaret’s audiobook recording session:

The book takes readers from Margaret’s childhood to today, recounting the many personal and business lessons she’s learned along the way, all in Marge’s signature voice — and from her singular point of view.

“A lot of things have happened to me that have happened to other women,” she notes. “Be it the sexual harassment, being taken advantage of, not being able to have a voice… it’s a different time now, and I want people to know that it’s OK. There’s no shame in it, that you can speak up about it. That where you start in life doesn’t necessarily mean where you’re going, that you can reinvent yourself at any given moment — and I think that’s an important message, especially to women, because I think women come from a place of guilt and feeling embarrassed.”

A major part of Marget’s life that’s never really made it to TV is motherhood. A large chunk of the book is essentially a love letter to Margaret’s four kids: her three step-children from her first marriage to Jan Josephs, as well as the biological son she shares with Jan. Viewers only know about Margaret’s estrangement from two of her step-kids; the book explains how they got to that place, and what life was like before divorce. Margaret is hopeful that all her kids, whose names she changed for privacy reasons, read the book. It could potentially inspire reconciliation. 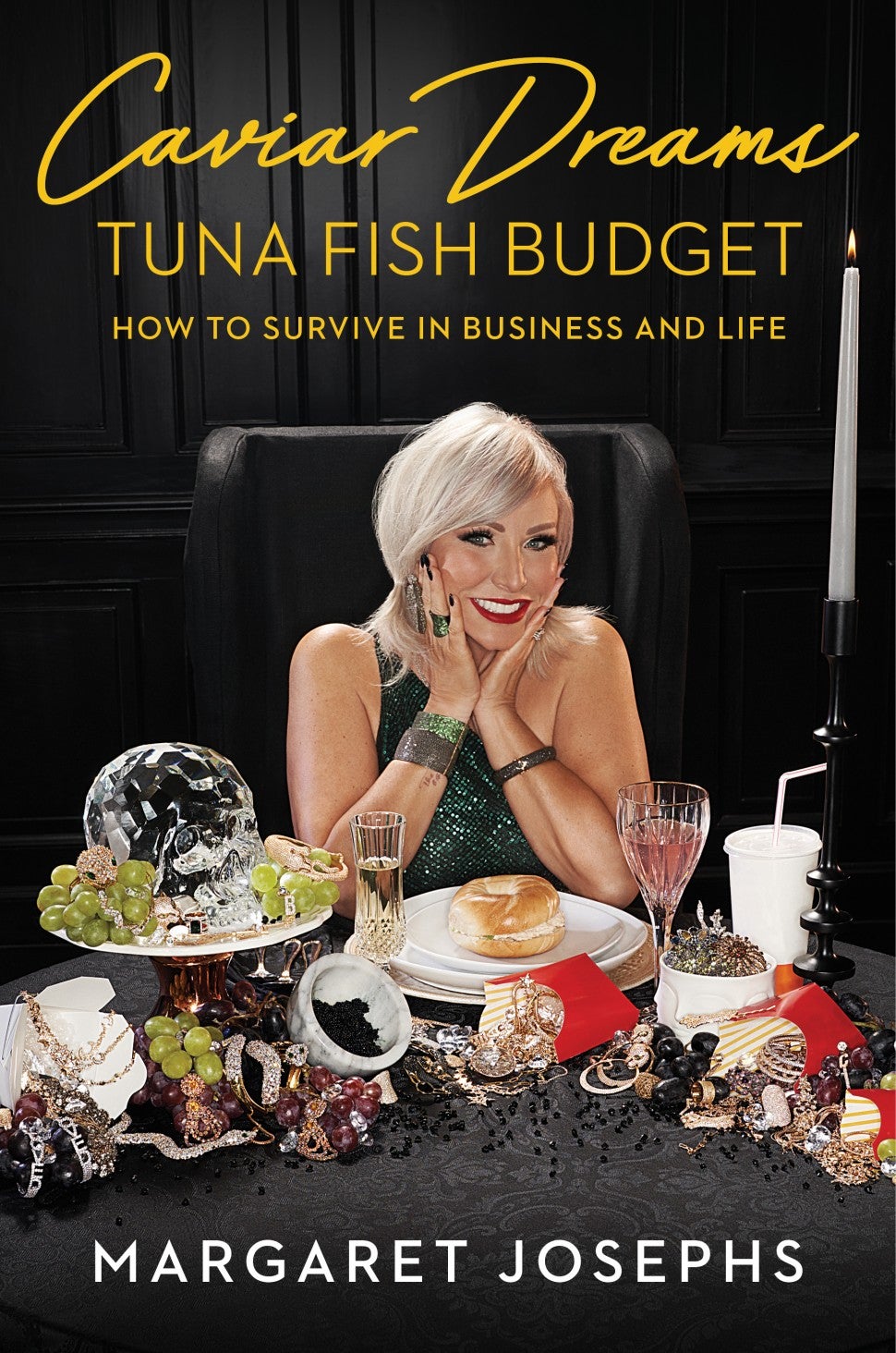 “I’m sure they will read the book,” she says. “My son, who I call Dean in the book … we text, [but] it’s not the same. I [wrote] how I didn’t go to his wedding — I could cry about it now, it’s very, very upsetting — he’s very close with my son, who I call Cooper and there — you know, my redeeming thing is, they’re close, my kids.”

“Being a mother and my family is the most important thing to me,” she adds, nothing that she has an “inseparable” bond with “Cooper.” It’s his choice not to appear on RHONJ. She says he will “never, never, never” appear on it, which makes it hard to share that half of her life to the viewers.

“He doesn’t even have social media,” she reveals. “He’s so serious and I don’t think so. I mean, maybe if it ever went to a movie. If we ever went to a scripted little mini-series or something, maybe then. But otherwise? He’s very, very private.”

Margaret also opens up about her journey to Housewives in Caviar Dreams, revealing that she was first approached about joining the show in 2013 — which would have been season 6, a not-so-favorite season for fans that featured one-season Housewives Amber Marchese and twins Nicole Napolitano and Teresa Aprea.

“I think timing’s everything,” Margaret quips. “I was actually in contract to do my own show with [my husband, Joe Benigno] called Pigtails and Power Tools. I could not get out of it.”

Even so, Margaret went through the casting process and was told she was selected to be a Housewife, but her contract with a different production company for the Pigtails and Power Tools show stood in the way. That contract eventually expired after the show went nowhere. Margaret then signed with another production company for a similar show, but once again it didn’t get made. Cut to four years later, Margaret was back on Bravo’s radar after a number of morning show appearances as a “lifestyle expert.” 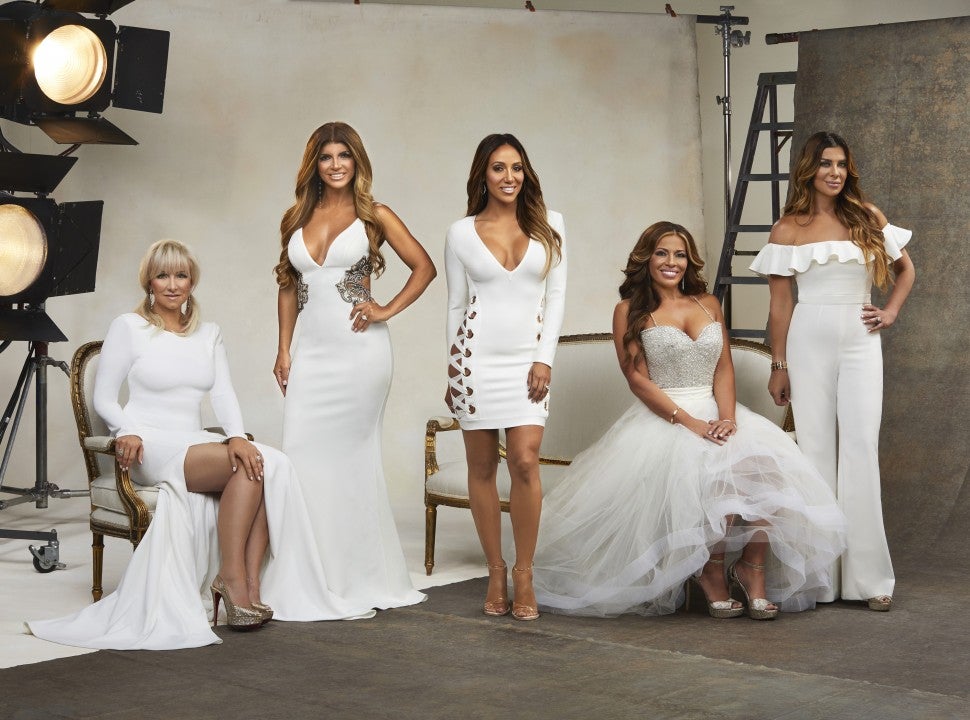 RHONJ came into Margaret’s life during a transitional period, as she had just moved into a new home that required major renovations — and had just been slapped with a copyright infringement lawsuit from Vineyard Vines. She details the legal battle in the book, with more lessons and learnings about royalty deals than any episode of Shark Tank could teach you. Margaret explains how the lawsuit only became more troublesome with her profile raised to “public figure” levels, leaning into what she calls the “heaven and hell” dynamic of reality TV stardom.

“You’re on TV, you’re on in all these countries,” she goes on. “It gives you a beautiful platform to do so many things, but at the end of the day, you’re also exposing your life for everybody to judge you. Horrible things are said about you, by people who don’t like you, meaning even on the show. So, it’s a combination of hell. If you don’t have a thick skin, it is painful.”

“Even if you think it doesn’t affect you, it does take wear and tear on you,” she adds. “Listen, I wouldn’t give it up. I’m not saying, give it up. There is a heaven and hell. It is a painful thing and a beautiful thing all at once.”

Margaret says the most hellish thing she went through (at least so far) was in her first season, when co-star Siggy Flicker labeled her an “anti-Semite” for making an analogy involving Adolf Hitler. Margaret details the behind-the-scenes drama from the ordeal in the book.

“I was the most upset, I was so taken aback because that is so not what I am,” she recalls. “And I wasn’t established yet, and people didn’t know me and I’d never been called like that in a public forum, let alone ever, you know? So I was like, what?! And I wasn’t sure how to handle it. It was handled beautifully, but that was the most hellish moment. It was my first foray into a freaking reality series, so I was like, ‘This is the worst!'”

The Marge also shares some mis-adventures with other Bravo-lebrities in the book, namely The Real Housewives of New York City‘s Ramona Singer (“Which one did I say in the book?” Margaret asks when prompted to tell the story.)

“Tell everybody: everybody doesn’t know the Marge until they read that book,” she then declares, before signing off the Zoom.

Caviar Dreams, Tuna Fish Budget: How to Succeed in Business and Life is available now, wherever you buy books. The Real Housewives of New Jersey airs Wednesdays at 9 p.m. ET/PT on Bravo.