Marie Osmond wowed in a stylish outfit that included skinny jeans in a new Instagram photo that showed her smiling while standing in front of a fence after losing 50 lbs.

Marie Osmond, 61, looks half her age in her brand new social media pic! The former talk show host shared an Instagram post from Nutrisystem that showed off her 50 lb weight loss while wearing a fashionable casual outfit that included an orange fitted top under a camouflaged button-down shirt, skinny jeans, and white sneakers. She had her long wavy hair down in the snapshot, which was posted on June 8, as she smiled and stood outside in front of bushes and a white fence.

Marie first lost the 50 lbs. during her time on Dancing With the Stars in 2007 and credits Nutrisystem for helping her to keep it off. “I love this time of year! I remember years ago dreading taking walks or hikes because I was carrying around so much extra weight. Thanks to @nutrisystem, I lost 50 lbs and have the energy to get outside and enjoy the sunshine and fresh air!” she wrote in the caption for her recent post. “Join me to live your best life by using my #linkinbio for 50% off your order. #getmoving #freshair #sunshine #weightloss #nutrisystemambassador.”

It didn’t take long for Marie’s followers to cheer her on in the comment section of her eye-catching new pic. “Looking great Marie!! You are so amazing and beautiful! ❤️❤️❤️,” one follower wrote while another wrote, “I like the tangerine 🍊 color on you. It looks great.” Others told her she’s “still got it.” 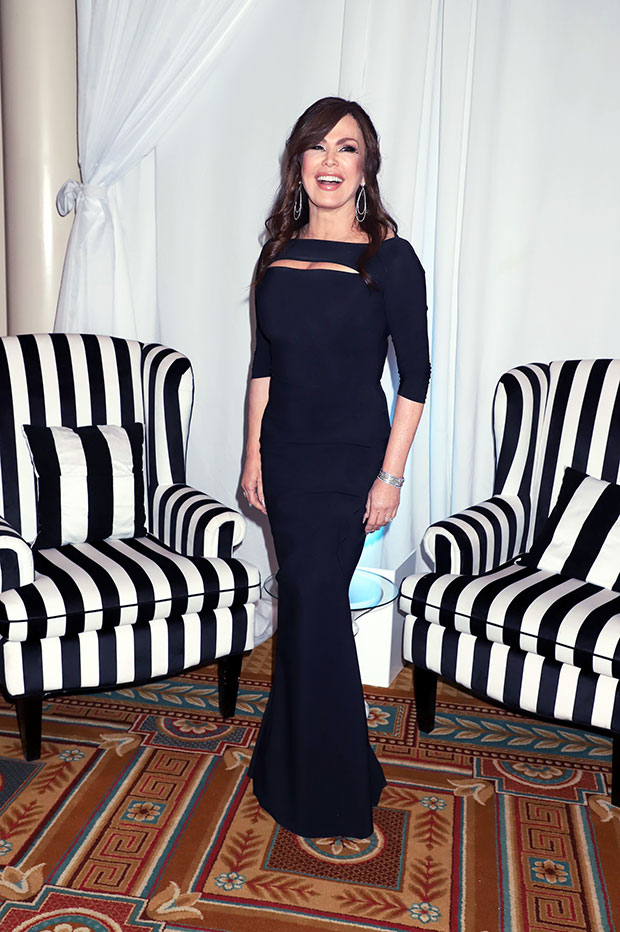 Marie’s most recent photo comes after she made headlines for leaving The Talk after one season in Sept. She made the decision to spend more time with her family. She took to Instagram to address the news by posting a beautiful pic of herself wearing a pink blazer over a white top and a lengthy caption.

“My husband and I just dropped our last two kids off at college, we looked at each other, laughed and remembered we hadn’t been this alone together since 1982!!” part of the caption read. “So, at this stage of my life, I’m looking forward to spending more time with him and visiting all the kids/grandkids. ♥️”

Marie shares six children, including boys Brandon, Matthew, and Stephen, and girls, Abigail, Brianna, Jessica and Rachael, who were born between 1982 and 2002, with her ex-husband Brian Blosil. They also had a son Michael who sadly passed away by suicide in 2010. She also shares son Stephen James Craig, Jr. with her current husband Steve Craig.