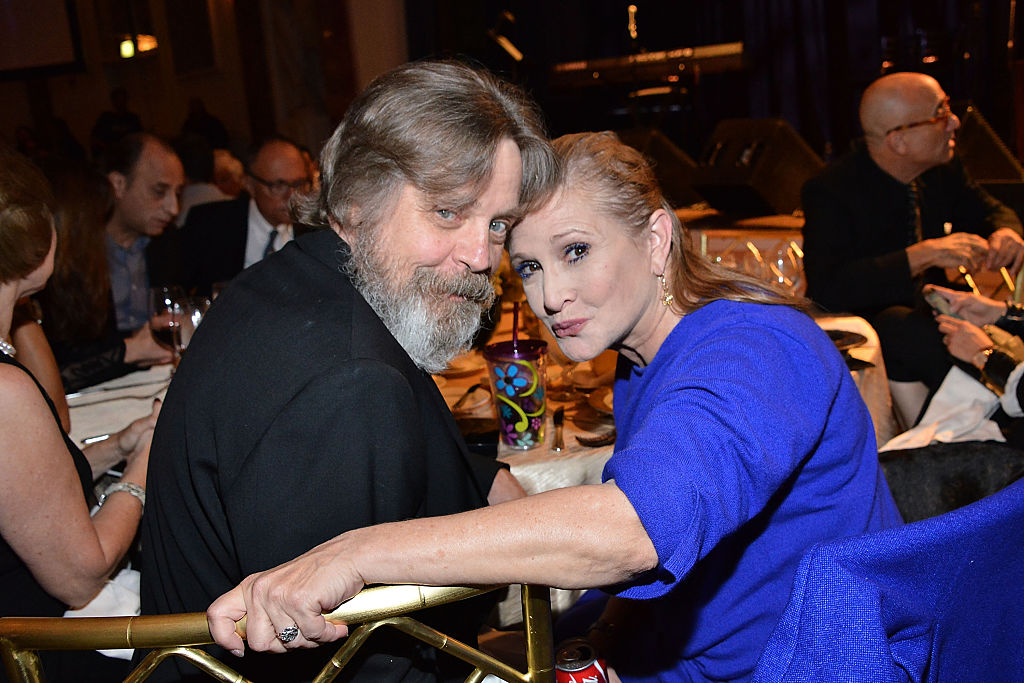 Mark Hamill remembered his ‘space sis’ Carrie Fisher when the actor was given a posthumous Hollywood Walk of Fame star for the Class of 2022.

The late Fisher starred alongside Hamill in the Star Wars franchise as siblings Luke and Leia Skywalker.

In a tribute shared on Instagram the actor shared a series of photos of them together over the years on-and-off screen, as well as an image of Fisher’s star.

One great picture featured Hamill hugging his friend at a Star Wars event as she jokingly stuck her middle finger up.

He said in a sweet message: ‘I congratulate & salute all 38 new #HollywoodWalkOfFame honourees – Welcome to the neighbourhood!

‘Much love & a very special 1-finger salute to the incomparable, hilarious & irreverent force of nature that was my space sis Carrie Fisher.❤️ Her star will blaze from here to eternity.’

He also shared the same heartfelt tribute on Twitter.

Other celebs to be awarded a Walk of Fame star – a public monument to mark achievements in the entertainment industry – next year include Michael B Jordan, Avril Lavigne and Macaulay Culkin.

Fisher died aged 60 on December 27, 2016 from a cardiac arrest several days after falling ill on a flight from London to Los Angeles. She is survived by daughter Billie Lourd.

She was cast in Stars: A New Hope alongside Hamill in 1977, and they would go on to star in its sequels The Empire Strikes Back and Return of the Jedi in 1980 and 1983 respectively.

They were brought back together for the follow up trilogy, starting in 2015 with The Force Awakens, and although she died before work could be completed she still appeared in The Rise of Skywalker in 2019, her final performance as Leia.

Hamill received his own Hollywood Walk of Fame star in 2018 in a ceremony in Los Angeles which included tributes from Star Wars creator George Lucas and his co-star Harrison Ford, who played Han Solo.