Princess Diana rocked the royal family when she sat down with Panorama‘s Martin Bashir in 1995 to discuss her “crowded” marriage to Prince Charles. But as it turns out, Bashir commissioned fake bank statements (see: those awful fake abortion receipts alleging Charles had an affair with their nanny, Tiggy Legge-Bourke) and used “deceitful behavior” to unfairly coax Diana into doing the interview, according to The Guardian.

An investigation into the event conducted by former supreme court judge Lord Dyson found that “BBC fell short of the high standards of integrity and transparency which are its hallmark” and includes the BBC trying to cover up the malpractice back in 1995. 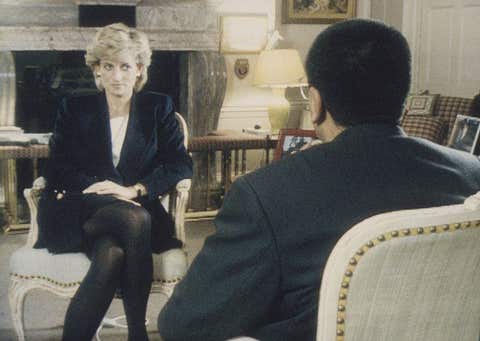 Tim Davie, director-general of the BBC, issued a statement saying that the company accepts Dyson’s findings “in full.” He said:

This update hopefully means that Prince William and Prince Harry can get some peace on the issue—last year, the brothers were furious about the interview and the lack of transparency about Bashir’s means to obtain it. “William is demanding answers and is determined to get to the bottom of it and to find out the truth,” a source told Us Weekly at the time. “For William, this particular interview is still very raw. Harry is angry about the interview and shadiness of it all too.”

William also made a rare statement about the Diana interview in November, and said (via People), “The independent investigation is a step in the right direction. It should help establish the truth behind the actions that led to the Panorama interview and subsequent decisions taken by those in the BBC at the time.”