Matt James has made it Instagram official with Rachael Kirkconnell.

The former Bachelor took to Instagram on Thursday to post a photo of himself and Kirkconnell at a school as part of the ABC Food Tours and BlockFi partnership. In the pic, the two interact with a student, teaching a group of kids about financial literacy.

“The gift of conversation lies less in displaying it ourselves than in drawing it out of others 🙏🏾” James wrote, explaining that they focused on teaching the kids about savings accounts, crypto currency, budgeting and more. “Our goal is (and always has been) to provide access to resources, individuals, & opportunities so that our students can make informed decisions for themselves and their families 🙌🏾.”

He also posted a series of photos of himself and Kirkconnell at the event. 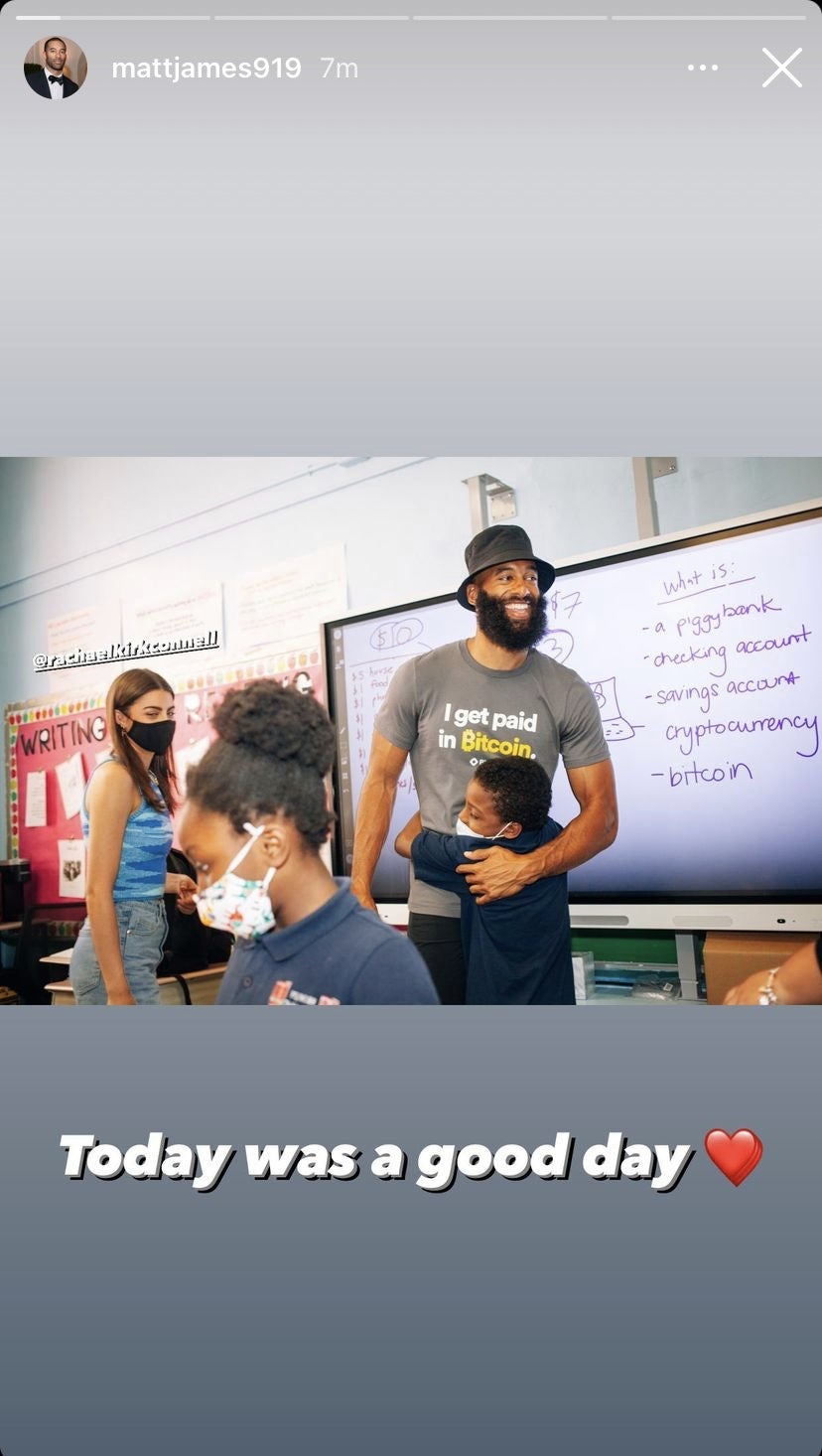 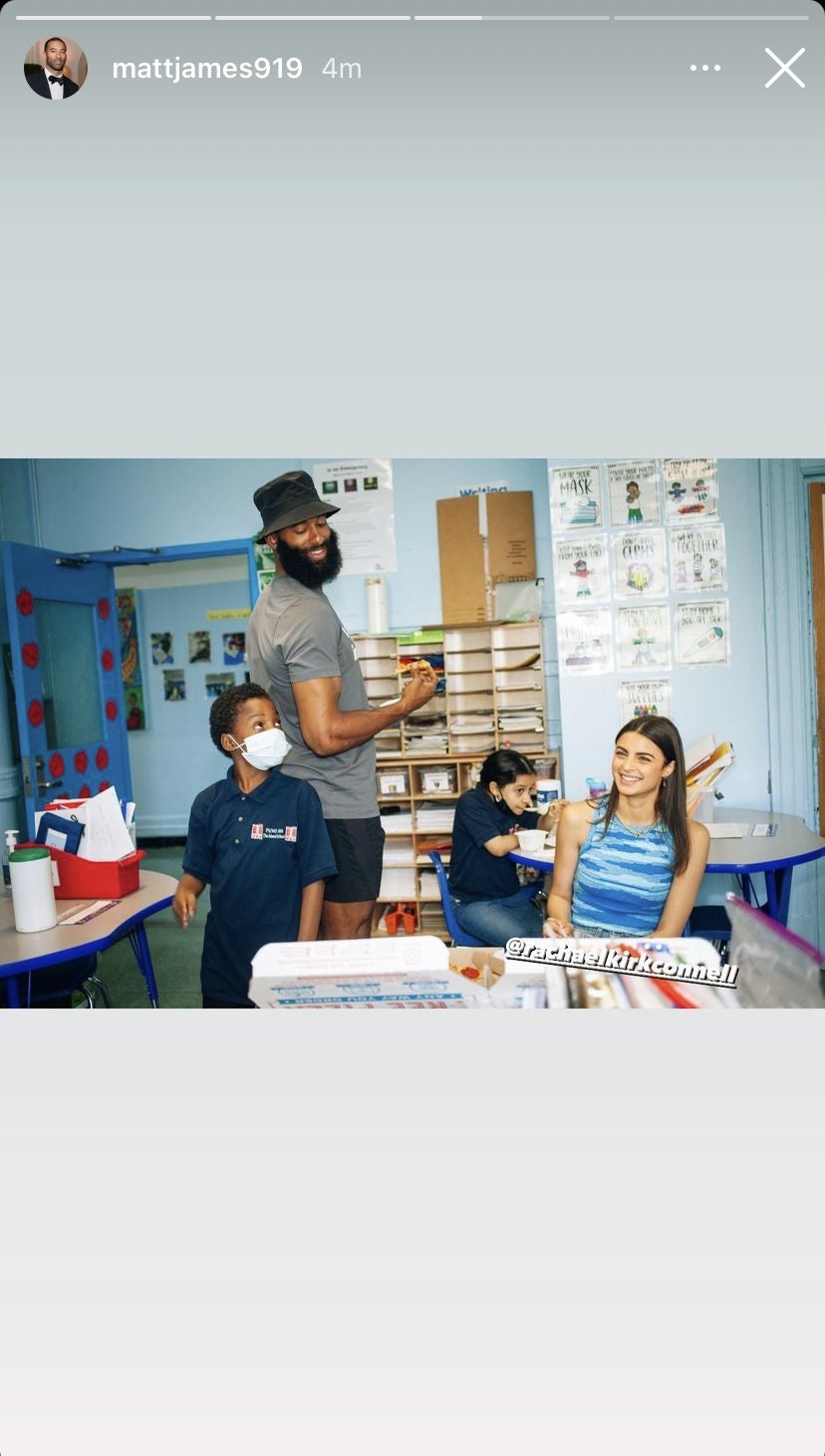 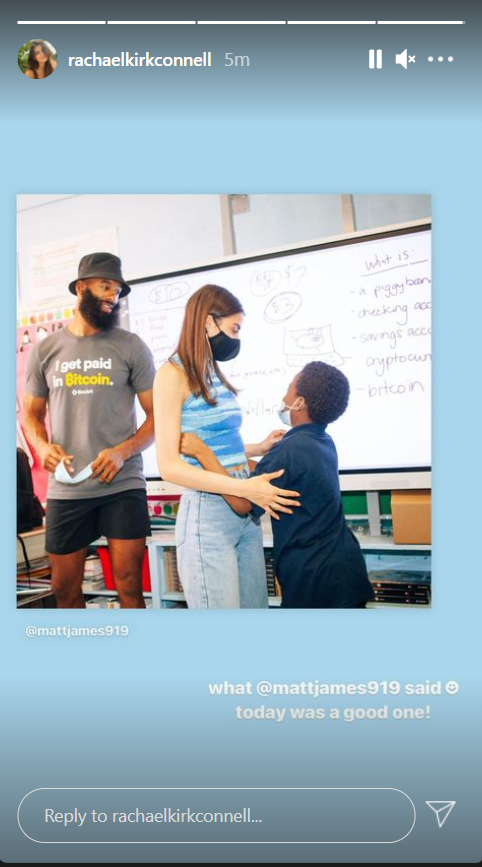 The snaps come as the couple is giving their relationship another chance after controversy. On the finale of his season of The Bachelor, James fell for Kirkconnell, but by the time After the Final Rose aired, the two had called it quits. Their breakup came after a TikTok user accused Kirkconnell of previously bullying her for dating Black men. Then, another user accused her of liking racist photos. Pics also surfaced of her at an Old South plantation-themed party while in college. Kirkconnell has since apologized and asked people to stop defending her actions.

By April, the two were photographed together and James revealed he was “pursuing” a relationship with his ex.

Earlier this week, James got candid about what pushed him and Kirkconnell to rekindle their romance, and why she gave him an “ultimatum.”

“She was like, ‘If you’re going to make this work, let’s do it. But, if you’re not going to make it work, I’m going to let you do your own thing,'” James recalled during the latest episode of the Pomp podcast. “That’s really all I needed. It was an ultimatum that I needed. It’s been great.”

See more on the couple in the video below.