Matthew McConaughey and Leonardo DiCaprio are two of the greatest actors of their generation. It’s rare to get the two of them on screen together, but that’s exactly what Martin Scorsese did when he directed 2013’s The Wolf of Wall Street.

Although the hilarious film is full of controversial scenes, many moments in the film were never in the original script. McConaughey and DiCaprio both improvised numerous lines in the film, including their characters’ conversation during lunch. 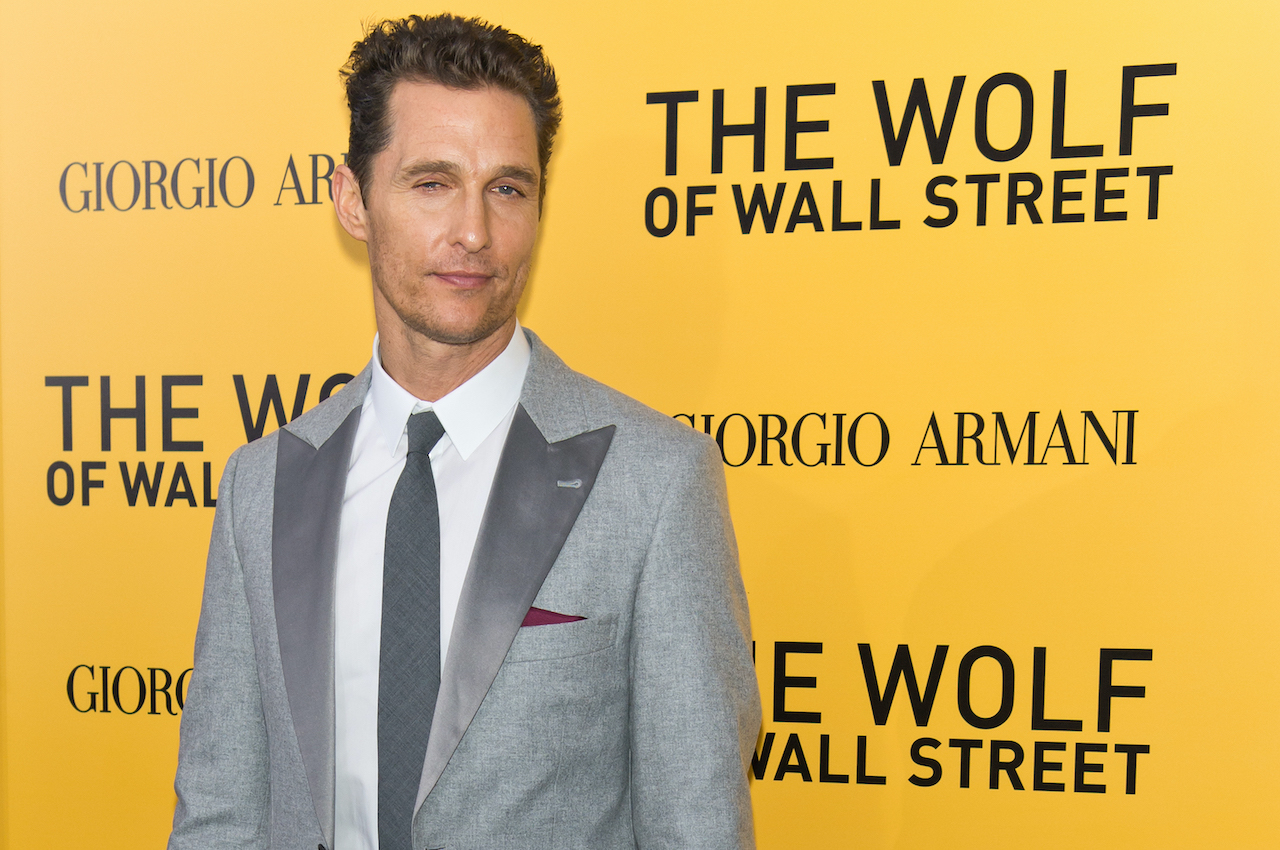 McConaughey has an intriguing creative process for filmmaking. When he does his initial read-through, he looks at his character’s lines and tries to get an understanding of their personality. From there, he develops his own lines for the character and adds them to the script while filming, according to an interview with Howard Stern.

“… In Wolf of Wall Street, the launchpad line I remember reading when I said ‘Who the f–k is this guy?’—it was written that he tells Leonardo’s character ‘The secret to this, it’s cocaine and hookers,’” McConaughey says. “And I remember going [laughs hysterically] ‘Who’s this guy?’ … I was like, ‘If this guy’s serious about that … I can write a book on this guy, so I just started rapping and wrote things down …”

Leonardo DiCaprio added chest-thumping to his scene with McConaughey

Although McConaughey has his own process for adding things to the script, he’s not against getting feedback from his costars.

One of the more memorable moments in the film is when McConaughey and DiCaprio go to lunch on DiCaprio’s first day at the investment firm. The two discuss the job, and then McConaughey begins to beat on his chest while chanting a strange melody. DiCaprio then pounds on his chest later in the movie, as he’s delivering his infamous speech.

According to McConaughey, the chest-beating was never in the script and it was DiCaprio’s idea to add it.

“… You know, [I] was beating my chest before, which was Leonardo’s idea to put that actually in the scene …”

Further discussing the scene, McConaughey reveals the majority of his dialogue with DiCaprio is improvised. Fully immersed in the character, he was able to develop the most ridiculous lines possible.

“… And then, I don’t know, it may have had the stuff about jacking off and then I added the stuff, I don’t know. Or maybe I added that, but I know I went on and riffed on like ‘Oh whatever numbers, yeah those are rookie numbers. Those aren’t working, you gotta pump those up.’ You know, and then it was a—it was a wrap, you know.”

‘The Wolf of Wall Street’ was a big hit

Although McConaughey only had a minor role in ‘The Wolf of Wall Street,’ he is still partially responsible for its success. The film became a massive hit, grossing $392 million at the box office, according to Box Office Mojo.

Critics also loved the film, despite its racy subject matter and heavy profanity. The film was included in many year-end lists for best films and was nominated for several academy awards. DiCaprio ended up taking home a Golden Globe Award for his impressive performance.