Melanie Griffith and Antonio Banderas’ daughter Stella has filed to remove ‘Griffith’ from her last name in an effort to shorten her lengthy moniker. 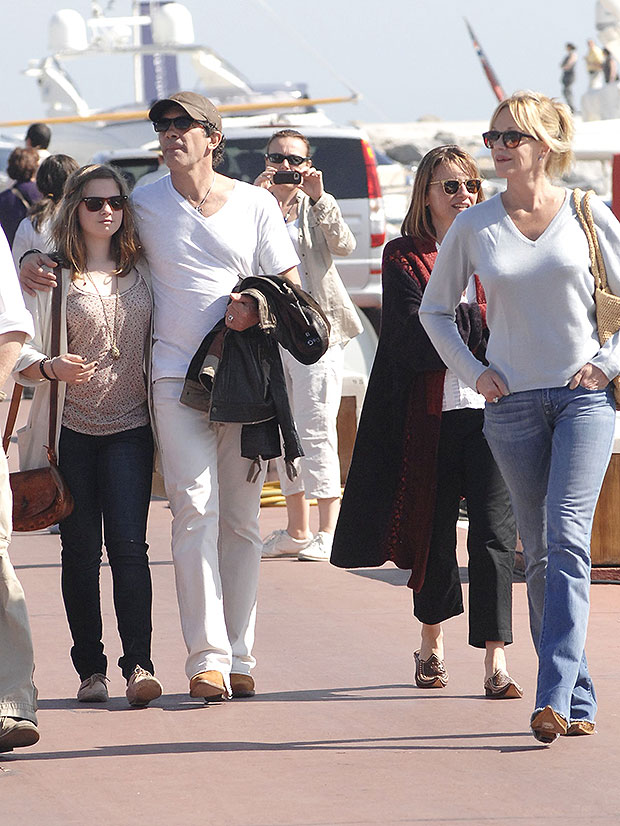 The daughter of the Hollywood stars said she wanted to “shorten my name by removing the extra last name” in the filing, adding that she does not use “Griffith” when referring to herself in general and in documents. “Dropping the name would match my regular use,” the model explained in the petition.

Melanie, 64, and Antonio, 61, were married between 1996 and 2015. While the model is Antonio’s only child, Melanie shares children Dakota Johnson, 31, and Alexander Bauer, 36, with former partners Don Johnson and Steven Bauer, respectively, making the trio step-siblings.

Unlike her famous half-sibling, Stella largely grew up out of the Hollywood limelight. She starred in the 1999 film Crazy in Alabama, directed by her father and led by her mother in the starring role. She has since forayed into the world of modeling, having graced the cover of Glamour Spain (the country in which she was born).

This month, the model accompanied her famous dad to the San Sebastián International Film Festival in Spain, where the attractive duo walked the red carpet together on September 17. Her mom Melanie even shared a series of snapshots of the father-daughter duo on her Instagram the following day. “Father and daughter ♥️♥️♥️ ” the proud mom captioned, using the hashtags #love and #family.

Stella appears to have a good relationship with both her famous parents. The model would occasionally share photos of her mom and dad on her Instagram account, including a throwback of her mom and heart-emoji captioned photo of her dad. For the model’s birthday on September 24, too, Antonio shared a homage with a sweet throwback photo and wished his daughter a happy birthday. And on National Daughters Day on September 25, Melanie shared a series of sweet snapshots of Dakota and Stella on Instagram. She captioned, “Happy National Daughters Day” with a heart emoji.