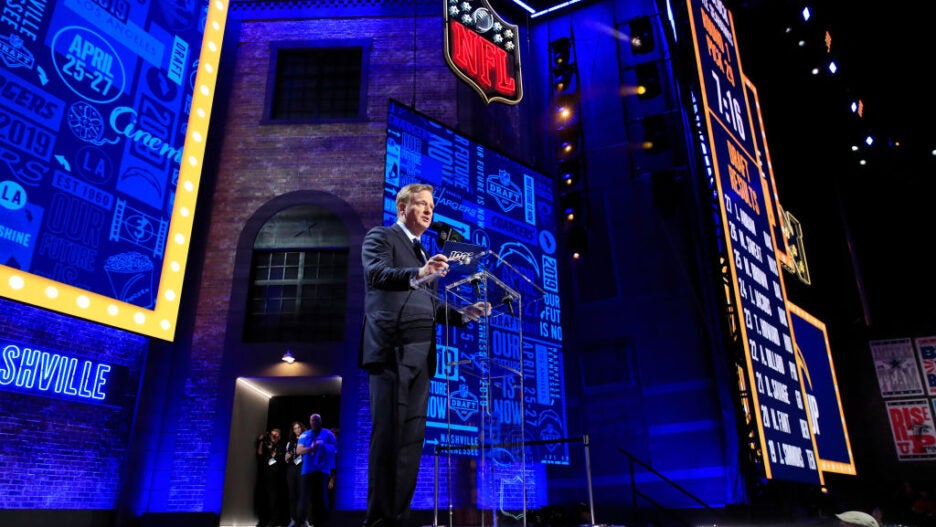 NASHVILLE, TENNESSEE – APRIL 25: NFL Commissioner Roger Goodell speaks during the first round of the 2019 NFL Draft on April 25, 2019 in Nashville, Tennessee. (Photo by Andy Lyons/Getty Images)

The National Football League announced on Sunday that it will launch a week of exclusive programming on Clubhouse in the lead-up to and during the NFL Draft, which will be held from April 29-May 1.

Starting Monday, fans will be able to tune in on the audio app and join rooms where guests will discuss the upcoming draft and what lies ahead for the league’s teams and major prospects. Among the panels that will be held are a conversation with the Alabama Crimson Tide football team, a fan mock draft and a pre-Draft assessment of expected top picks.

When the draft kicks off this Thursday, fans will be able to follow along with a live chat on Clubhouse, which will feature analysts breaking down the picks as they come in.

“The NFL’s commitment to innovation is matched only by their devotion to their fans and we are proud to welcome the NFL to Clubhouse,” Sean Brown, Head of Sports Partnerships at Clubhouse, said. “The Draft is one of the biggest events of the year for football fans, and we know that millions of creators will be discussing, debating and celebrating throughout the week.”

The first round of the NFL Draft will be held on April 29, with rounds 2 and 3 being held April 30 and the remaining four rounds taking place on May 1. The event will be held in Cleveland after the COVID-19 pandemic forced last year’s draft to be held remotely, with league commissioner Roger Goodell announcing picks from his home.