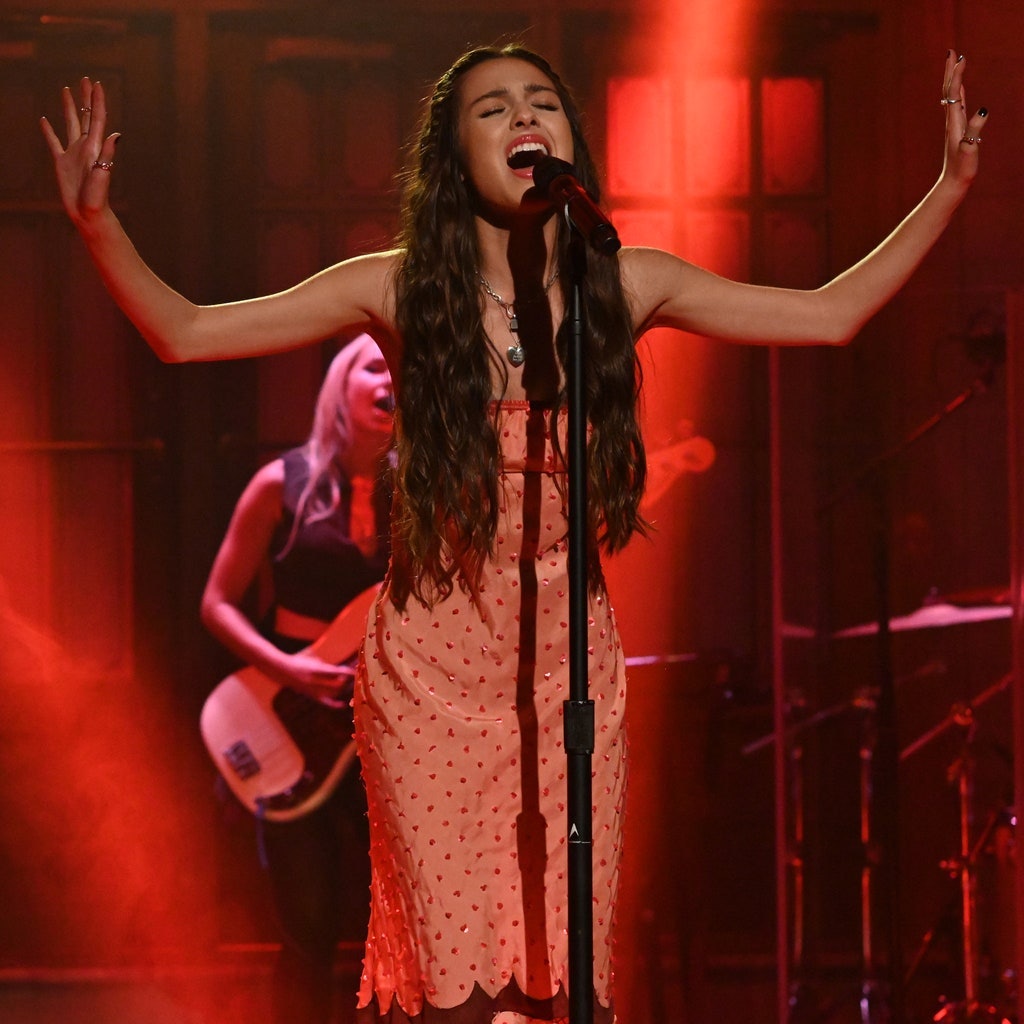 Olivia Rodrigo has stepped into the Saturday Night Live spotlight, and she knocked it out of the park with her musical guest spot. The breakout pop singer made her debut on the iconic late night show on the May 15 episode hosted by Keegan-Michael Key, performing two of her recent singles. And fans will be happy to know that Olivia Rodrigo’s "Drivers License" and "Good 4 U" SNL videos prove the star is here to stay.

Rodrigo first took the stage in a pink slip dress to deliver a powerhouse rendition of her smash-hit "Drivers License." And later, it was the moment fans had been waiting for: Her first live performance of her pop-rock breakup anthem "Good 4 U," which dropped on Friday, May 14, just a day before the High School Musical: The Musical: The Series star appeared on SNL.

Honestly, the two performances serve as a great reminder of just how versatile Rodrigo’s music is already. Her "Drivers License" performance came from a place of vulnerable, fresh heartbreak, while her perfectly angsty rendition of "Good 4 U" encapsulated post-break up anger, and how intense all those emotions can be as a teenager. Her debut album Sour can’t arrive fast enough!

As fans will no doubt remember, though, this wasn’t the first SNL episode that referenced Rodrigo’s work. During the Feb. 20 episode, Bridgerton star Regé-Jean Page starred in a sketch all about "Drivers License," which coincided with the singer’s 18th birthday.

Since Sour‘s release is less than a week away, Rodrigo’s Saturday Night Live was the perfect way to get viewers even more hyped. And from the sound of it, her debut album will take everyone on even more of an emotional rollercoaster, in the best way. Although Rodrigo recently told Billboard she worried about being categorized as the "heartbreak girl," her breakup songs — including her April hit "Deja Vu" — were key to keeping her new music as genuine as possible.

"I’m a songwriter who writes from a place of authenticity and truth," she said. "And truthfully, love and happiness and everything weren’t feelings that I was feeling at the time. And what’s the point of putting out a record if it isn’t something that you feel is important to say to people?"

Well, one thing is clear: It’s Rodrigo’s world, and we’re just living in it.

Sour arrives on Friday, May 21.