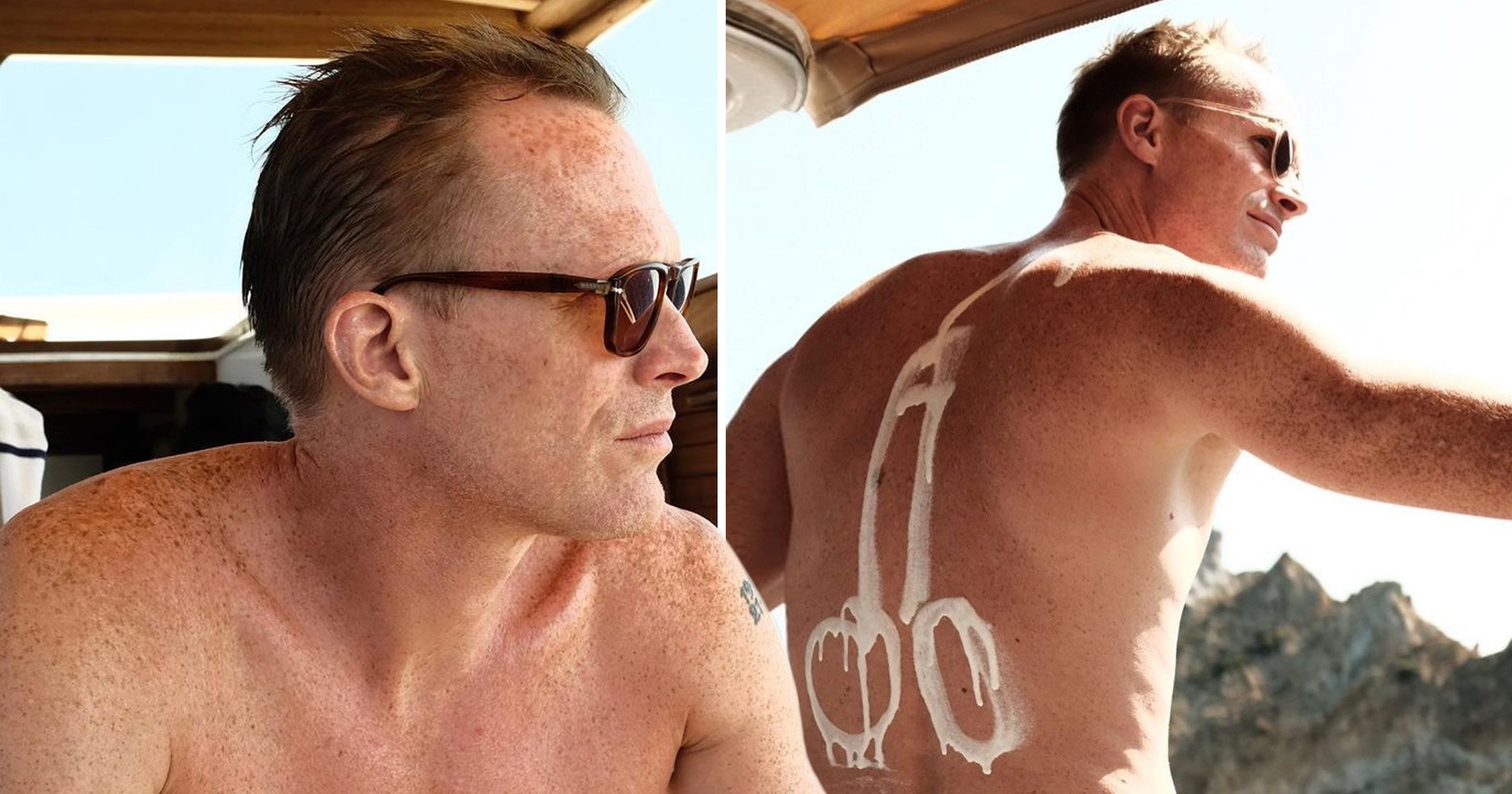 Comedy always changes with the times, but one thing is for sure – penis drawings will never not be funny.

Proving that point are Paul Bettany’s children, who have brought back the genius ‘draw a penis on your dad’s back with suncream’ joke.

The 50-year-old has shared snaps from a past holiday in Ibiza, where his children Stellan, 17, and Agnes, 10, were on hand to help him apply his sunscreen.

And, y’know, leave an outline of genitalia on his back.

The Marvel star posted a picture of himself sitting in a boat cabin before gazing out over the sea with a rather crude drawing on his back in dripping suncream.

He captioned the post: ‘Things change as you get older and it can be really helpful when your kids become adults and are able to help you apply your sunscreen.’

His Marvel co-star Jeremy Renner left a string of laughing emojis and wrote: ‘I love your kids’ while Kate Beckinsale commented: ‘Want to like this ten times.’

Paul clarified that he was no longer in Ibiza, having shared pictures from Manhattan hours earlier, so it remains to be seen whether his kids’ prank caused any embarrassing tan outlines.

The WandaVision star shares Stellan and Agnes with wife Jennifer Connelly, who he has been married to since 2003, and is also stepfather to Jennifer’s son Kai, 23, from her relationship with David Dugan.

Having an MCU superhero as a father may sound pretty cool, but it turns out Paul’s kids really don’t care about his hero status on the big screen.

Previously speaking to Kelly Clarkson on her talk show, Paul, who has played Vision in seven MCU films as well as the Disney+ series WandaVision, said: ‘If my kids are impressed by me, they’re doing an incredible job hiding it from me,

‘My daughter has just always tortured me with preferring other superheroes to me and now what she’s done is just moved on entirely from Marvel and said she’s only interested in Star Wars. I mean, she’s an incredibly cruel child, you know.’

However, it’s not just Vision that Agnes snubs, as Paul continued: ‘She told me she prefers Iron Man to me. I told Robert Downey (Jr.) and then Downey got on the phone with her. At that point she’d already moved onto Mark Ruffalo, you know. She wasn’t going to actually give that to Downey. It was very funny.’

Perhaps Agnes was impressed by her father starring in Solo: A Star Wars Story?

Paul has now seemingly left the MCU, after (spoilers) Vision was killed in Infinity War and Wanda (Elizabeth Olsen) said goodbye to her husband in WandaVision.

However, he will soon be back on our TV screens playing Ian Campbell, 11th Duke of Argyll opposite Claire Foy in the second series of A Very English Scandal, which is based on the divorce of Margaret Argyll.