Paulina Porizkova and Aaron Sorkin were pictured passionately kissing after a romantic date in Los Angeles.

Supermodel Paulina Porizkova, 56, and director Aaron Sorkin, 59, aren’t wasting any time getting to know each other. After their budding new romance was first reported by Page Six late last week, they made their red carpet debut at the 93rd annual Academy Awards on Sunday, April 25. And now, we’re seeing that they got pretty hot and heavy in the parking lot of Mel’s Diner in Los Angeles on Tuesday night, April 27.

Clearly, Paulina and Aaron are super thrilled with their relationship and the speed it’s going at because in the photos, which YOU CAN SEE HERE, they’re smiling from ear to ear. At least, they were when they weren’t locking lips. 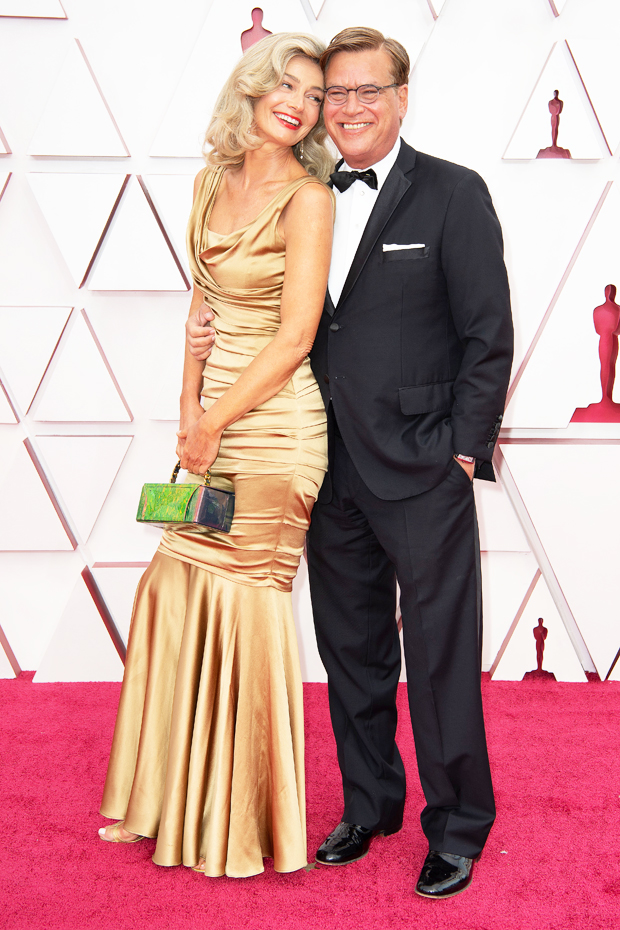 As you can see, after Paulina and Aaron enjoyed some dinner at the famous celeb-favorite restaurant, they got super cozy in the parking lot. He wrapped his arms around her and they kissed like no one was watching.

This public display of affection comes just days after it was reported they have been “quietly seeing each other for a few months”. After they attended the Oscars together, Paulina took to Instagram to detail their special date night. 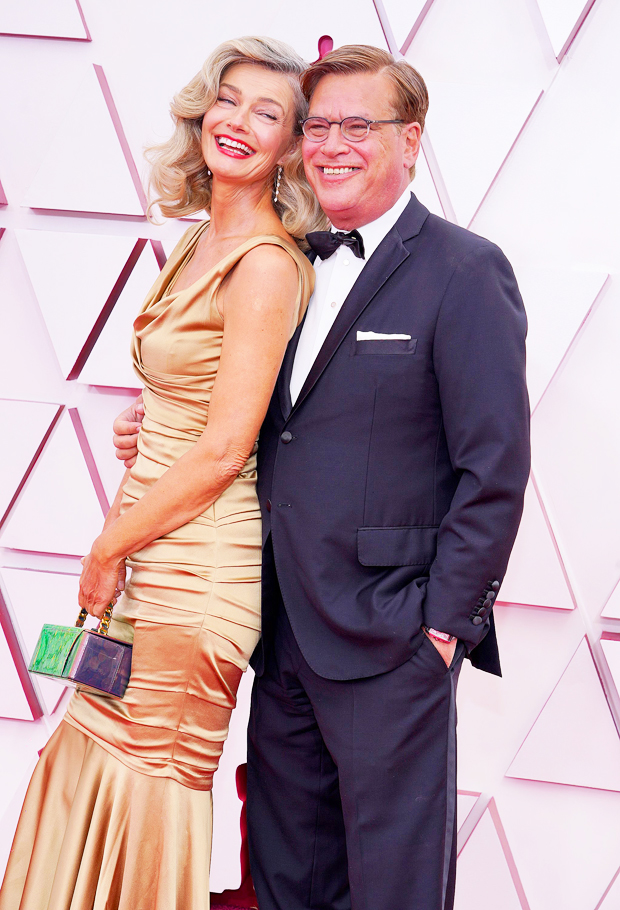 She said, “Although I have attended the Oscars before (as a fashion correspondent for the TV-Guide channel), this was my first time at the Oscars as an attendee. I thought – and wasn’t wrong- that this would be the most original ceremony ever. The intimacy of it was lovely; but it was also freezing in the room (all that ventilation) which incidentally also allowed me to snuggle close to my date. Who, yes, kept me warm all night. #oscars #oscars2021 #grateful #newbeginnings The dress is a fifteen year old Dolce Gabbana – the only gown in my closet. Also, I figured it made me look sort of like a female Oscar – so in case Aaron didn’t win one- he could still take one home.”

We’re thrilled to see Paulina happy and in love, as she was left heartbroken in Sept. 2019, when her husband of 30 years, Ric Ocasek, suddenly died. As for Aaron — he previously dated Sex & The City actress Kristin Davis, and Broadway star Kristin Chenoweth.