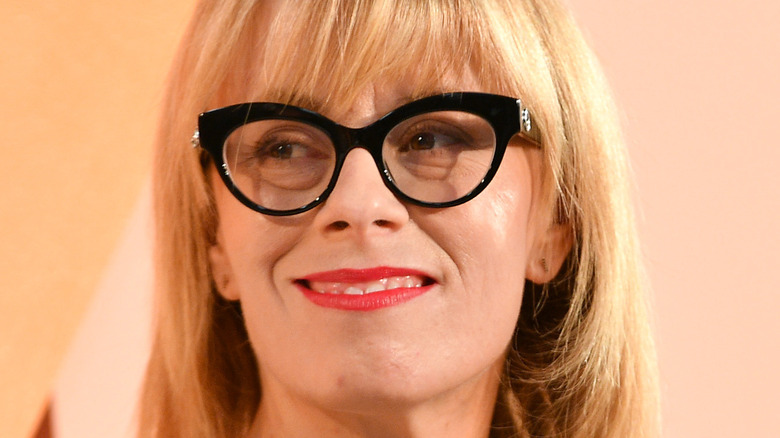 Annie Weisman got her start in 2004 writing for the short-lived but critically acclaimed Showtime series “Dead Like Me,” quickly moving up to writer/producer of such shows as “Eastwick,” “Suburgatory,” and, most notably, “Desperate Housewives.” Those experiences have all led up to her creating the new Apple TV+ series “Physical,” for which she was showrunner and producer.

Set in the 1980s, “Physical,” which premieres on June 18, follows a woman named Sheila (played by Rose Byrne) who is struggling with internalized self-loathing despite having the seemingly perfect suburban life in sunny California. Sheila lives in the shadow of her over-aspiring husband (Rory Scovel) while secretly struggling with an eating disorder when she finds respite in the up-and-coming world of aerobics.

In an exclusive interview with The List, Weisman opened up about how her own upbringing and eating disorder fueled the creation of “Physical,” and dished on what it was really like working with an acting powerhouse like Byrne.

If you are struggling with an eating disorder, or know someone who is, help is available. Visit the National Eating Disorders Association website or contact NEDA’s Live Helpline at 1-800-931-2237. You can also receive 24/7 Crisis Support via text (send NEDA to 741-741).

How the women of Desperate Housewives influenced Physical 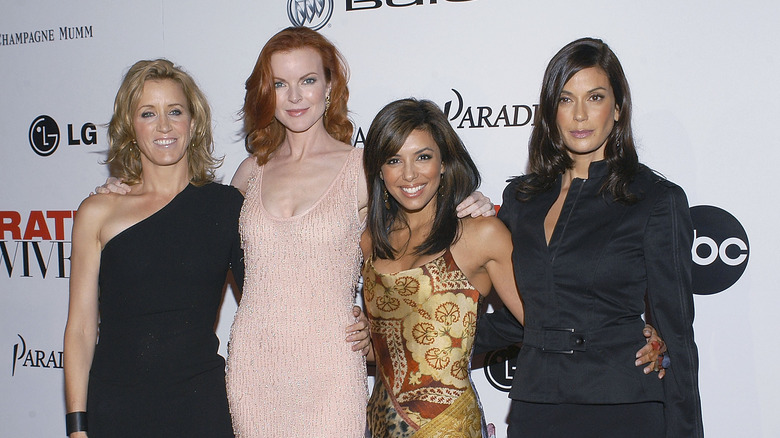 How did you come up with the concept for “Physical,” and what was the inspiration behind the show?

The inspiration for the show came from really wanting to explore my own childhood, growing up in the ’70s and ’80s in San Diego, California, and watching this big shift in the culture happen, specifically in my family. My parents went from being these Berkeley radicals to becoming Reagan voters, and the culture around us was shifting in the same way. So it was kind of the waning of one period and the rise of another.

I wanted to explore it all through the character of this woman who is standing in the shadow of a charismatic husband. We watch her find a really unexpected, independent source of empowerment away from him and in her own space, which is in this new fitness world that’s becoming an increasingly popular trend around her. And, yeah, that was the beginning of it.

And then, just personally, I wanted to find a way to explore my own struggle with a really difficult eating disorder that I kept private for most of my adult life and was tired of struggling with alone. I was ready to tell the truth about who I was on the inside and not just what I projected on the outside. So those threads all came together in writing the script.

Did your time on “Desperate Housewives” influence the show at all?

Working on that show really did inspire me in a lot of ways. You got a real sense of being part of that show. Audiences really loved and embraced those characters for the dark shades of what they did, for the honesty with which they were portrayed, and that was really groundbreaking at the time. It does give you permission and inspire you to not pull punches when it comes to female characters. It’s what bonds the audiences to them, when they see not just the aspirational attributes in themselves, but the darker ones as well.

What similarities do you see between the two shows?

Well, like I said, I think they both feature women that out of … I guess you could say desperate circumstances, do things to challenge social norms and expectations. Also, a lot of the joy of that show [“Desperate Housewives”] was the way it portrayed the complexities of female friendship, the ups and downs of female connection. And that’s something that was a surprise to me; a really important part of the show is building towards female friendship. I was a young writer early in my career, getting to work on a big broadcast show with a lot of amazing people and just learned a lot about the process of making television from working on it with so many great people. So by the time it came time for me to create my own show, I had a lot of tools and role models behind me that I could draw from.

Rose Byrne was a 'joy' to work with, even though she struggled with some of the dialogue 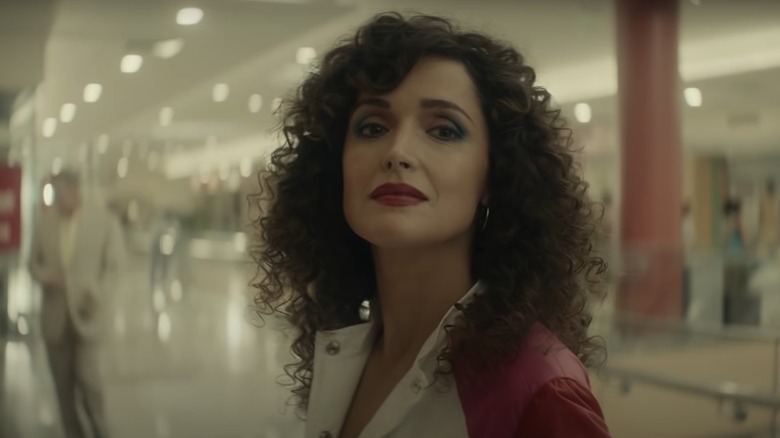 What was it like working with Rose Byrne and why was she perfect for the role of Sheila in “Physical”?

Rose is so perfect for the part because this is a character who’s layered, who is almost two characters in one. There’s the person she’s presenting to the world and then there’s this person in turmoil underneath that she’s hiding from the world that we get access to through this inner monologue. So having an actress like Rose, who’s done such a range of work, I don’t know that there’s anyone that’s so gifted in both really broad comedies and then very grounded dramatic work, and genre/horror work. So this is someone with the whole palette to offer. And in this part, she really gets to use all of those colors in the painting. It was just a joy to get to work with her. She’s a fearless actress. She’s a fun and open collaborator. We just had a great time building this together.

Any fun stories or memorable moments with her that you can share from the set?

One of the things, of course, is that although she’s a gifted chameleon, she is Australian and there are times when I would give her mouthfuls of dialogue that would really challenge her on the accent front. I mean, she was so spot-on most of the time, but there was one in particular where I didn’t realize what was challenging to an Australian ear, but any kind of word that ends in “R” is really tough for them to say, because they would normally leave that off.

So, I had inadvertently given her a sentence to say, which let me see if I can remember it … It was, “Sorry, there was a clerical error on our end.” She tried so hard to say it. She tried about 10 times, “No, no, no. I’m going to get it. I’m going to get it.” And then finally I just changed it to “mistake.” It was like “error” was just one too many Rs to give her. So I did torture her sometimes in the accent area, but she always was up for the challenge.

I can appreciate that because I am from Boston and I spent a lot of time trying to get rid of that accent because everybody used to do the typical “say ‘park the car in Harvard Yard'” joke.

Oh, yeah, exactly. I inadvertently gave her a complete “park the car in Harvard Yard,” little did I know — “a clerical error on our end.” Yeah, that’s the same issue of those tricky Rs.

Annie Weisman is looking to tap into 'emotional truth' with Physical 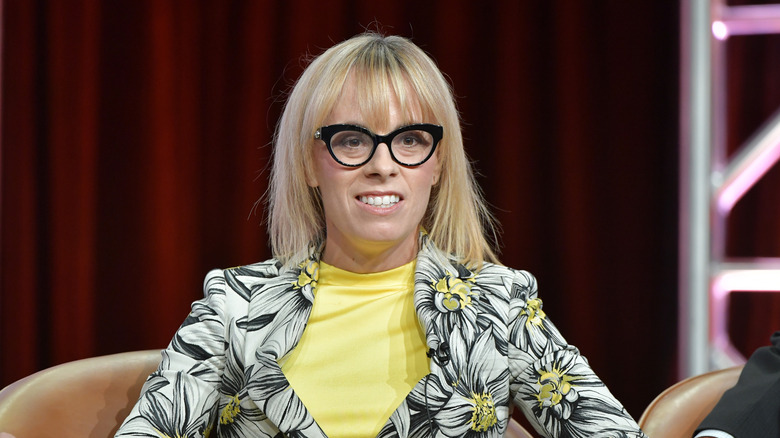 You kind of touched on it earlier at the beginning of our conversation, but what kind of social commentary are you trying to make with “Physical”?

I think I’m trying to talk a little bit about how, through my own experience, so many of us who struggle with eating disorders or other addictions struggle secretly and privately. That when you see someone, no matter how content in their life they seem, you don’t really know what’s going on under the surface for so many of us. It’s particularly true for women because there’s this extra effort that we’re expected to make to appear like everything’s easy and graceful. So I think it’s just excavating some of the truth, some of the emotional truth underneath that for a lot of us.

Last question. Which of your past projects would you love to see get the reboot treatment, and in what ways would you change it, if any?

Well, my first job was on a show for Showtime called “Dead Like Me,” and it was a really special show about loss through an unexpected lens. Bryan Fuller created it, a wonderful writer. I think it would be really fun to see that show today in a time of terrible loss, as it was ahead of its time in the way it looked at death in an irreverent way. So, yeah, that would be a fun one to see happen again.

The first three episodes of “Physical” will premiere on Apple TV+ on June 18, followed by a new episode every Friday.