Rachel Bilson Calls Out Mischa Barton For ‘Misinformation’ In Interview About Why She Left ‘The O.C’

After Mischa Barton said Rachel Bilson’s addition to ‘The O.C.’ accelerated her exit from the series, Rachel fired back and called Mischa’s claims ‘completely false.’

The subject of Mischa Barton’s recent interview regarding her exit from The O.C. came up during the Tuesday (June 1) episode of Welcome to the O.C., Bitches!, the podcast hosted by her former costars, Melinda Clarke and Rachel Bilson. “You know Melinda, and I were talking immediately after [the interview] came out, and we were just like, ‘wait, what?’ ” Rachel, 39, said to comedian Danny Pellegrino, who mentioned Mischa’s comments about experiencing “bullying” behind the scenes. Rachel responded to Mischa, 35, claiming that Bilson was promoted “last minute” to a regular cast member after the first season. “That’s actually completely false and not what happened,” said Rachel.

“So, it’s starting out that way, I was like, ‘That’s misinformation. Where are we going with this, and what is she trying to say?’ I would actually like to talk to her, and find out, what her experience was, from her perspective. Because, I saw things a little differently.” Melinda, 52, said that she and Rachel (who played Julie Cooper and Summer Roberts, respectively) were going to be made series regulars during The O.C.’s pilot. “The powers that be said ‘no, you’re going to have to wait. They’re going to have to be guest stars for a certain’ – for the first, eleven episodes…so, that was a little perplexing.” 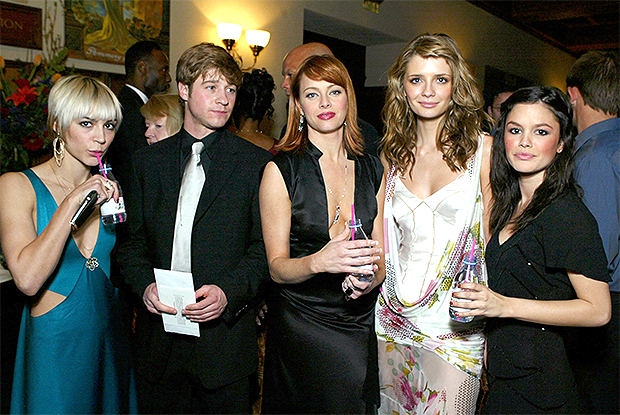 Melinda did offer support for Mischa, who said in her interview that she felt exposed after the “invasion” into her personal life. Melinda noted a lot of pressure was put on these young women at the start of the 2000s. “I can tell you about my experience with total honesty and transparency,” she said earlier in the interview. “I cannot speak for someone else’s experiences…someone who is 16, 17, 18 — that amount of hours of work, pressure, at such a young age — at best, you’re exhausted. And at worst, it’s overwhelming and chaotic so, it kind of breaks my heart a little to know [that]. We knew there was a lot of pressure on her, but if it was really that bad of an experience, that’s not right for any young person.”

“But, some of the comments were very perplexing to me. So, I don’t know what the truth is about that. I do know that, yes, this was an enormous amount of pressure for her. And for everybody.” 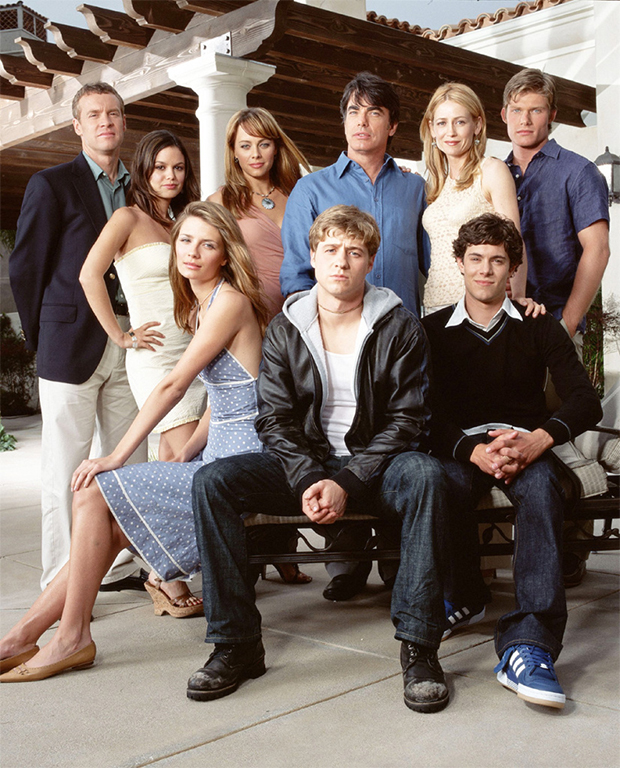 In that interview with E! News, Mischa said her exit from The O.C. in 2006 was “complicated.” She did say that she discussed leaving the show “pretty early on, because it had a lot to do with them adding Rachel in last minute as, after the first season, a series regular and ‘evening out’ everybody’s pay—and sort of general bullying from some of the men on set that kind of felt really sh-tty. But, you know, I also loved the show and had to build up my own walls and ways of getting around dealing with that and the fame that was thrust specifically at me. Just dealing with like the amount of invasion I was having in my personal life, I just felt very unprotected, I guess is the best way to put it.”