It sure looks like Rihanna got rid of her Drake shark tattoo. [insert eyeball emoji here]

Rihanna has covered up her shark tattoo. We repeat: Rihanna has covered up her shark tattoo. The “Diamonds” singer, 33, was recently photographed on a date with rapper A$AP Rocky in New York on June 23, rocking a stylish pink slip dress and a matching pink fuzzy bucket hat. While the ensemble itself is showstopper, some eagle-eyed fans noticed something absent on her left ankle: the famed shark tattoo — one that has been linked to her rumored ex-boyfriend Drake. 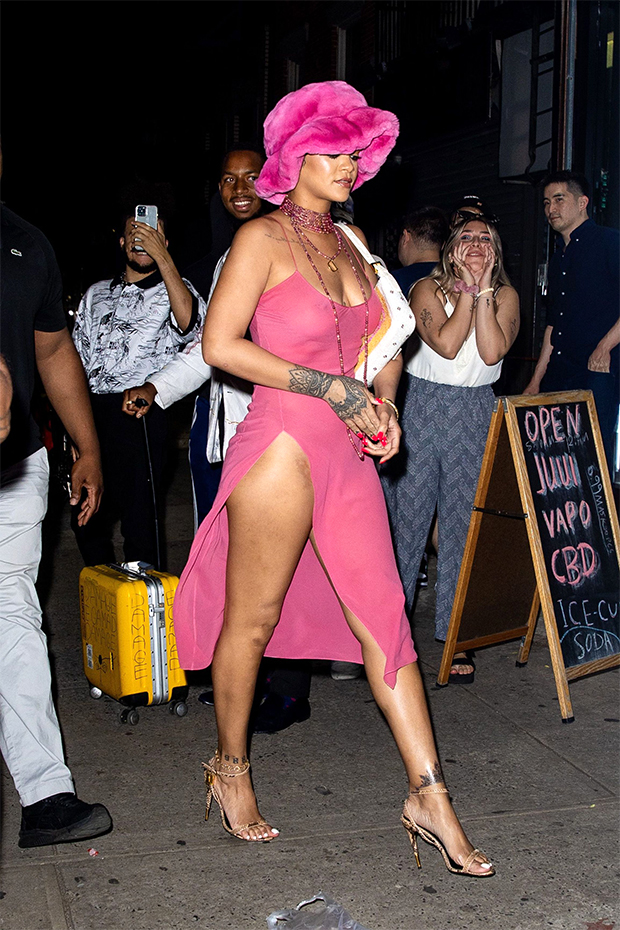 The singer got the camouflage-print shark ink back in 2016 courtesy of celebrity tattoo artist Keith “Bang Bang” McCurdy, who shared the results on his Instagram. Drake, 34, debuted his own camo shark tattoo not long after on his arm; the running fan theory is that the shark signifies a date that the two had at an aquarium in Toronto, referencing a stuffed shark animal that the Canadian rapper had apparently gifted Rihanna. The two fueled romance rumors back in 2009, but have never confirmed they were ever an actual item.

Anyway, the distinctive tattoo appears to have been covered up with new ink, as evidenced by the new paparazzi photos of the singer out and about with her new love. Rihanna and A$AP Rocky have been linked since November 2020 — and the two appear to be growing strong; they packed on the PDA in New York on Wednesday at a bar. See the two share a kiss HERE. The relationship comes after Rihanna’s split from Hassan Jameel in January 2020. 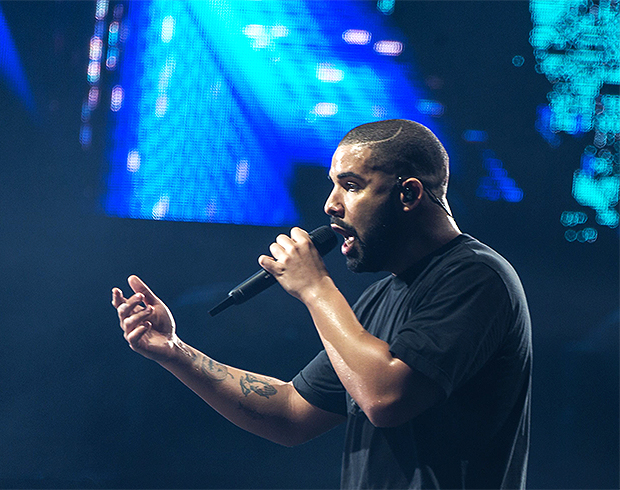 While Rihanna and A$AP have remained mum about their relationship, A$AP opened up about it all in an interview with GQ last month, even calling RiRi the “love of my life.” He told the magazine, “I think when you know, you know. She’s the one. And, yes, kids may be part of that plan.” A$AP added, “If that’s in my destiny, absolutely.” He even revealed that the two took a “Great American Road Trip” last summer amid quarantine, visiting national parks across the country and taking in the open road with RiRi.

“Being able to drive and do a tour without feeling like it was an occupation or an obligated job agreement, I feel like that experience is like none other,” he said. “I never experienced nothing like it.”