Safaree Samuels shared the sweetest video of his nine-month-old daughter, Safire, grooving to one of his new songs. She’s got the moves!

If Safaree Samuels needs a backup dancer on his next tour, he can just look at home. His nine-month-old daughter, Safire Majesty Samuels, stole the show in an adorable video he posted to Instagram on November 24. While Safaree, 37, plays a clip from his new song with Chet Hanks, little Safire bounces up and down on mom Erica Mena‘s lap with a huge grin on her face.

“Hey @safiremajesty told me I should drop this,” Safaree captioned the post. “I said I gotta ask @chethanx first cuz he don’t know about it… I can’t keep a straight face looking at her. Something special coming for Xmas STRAIITTTTT”. It’s clear that Safaree is head over heels for his little girl. He’s shared so many photos and videos of Safire just within the last week.

A November 23 video showed Safire “learning” Michael Jackson‘s “Smooth Criminal” dance. He captioned the video, “I ask again. How can you make 1 of these and not want to be with it EVERY SINGLE DAY?!??!” He also shared an adorable video of Safire taking her very first steps while listening to “Walk It Talk It” by Migos. 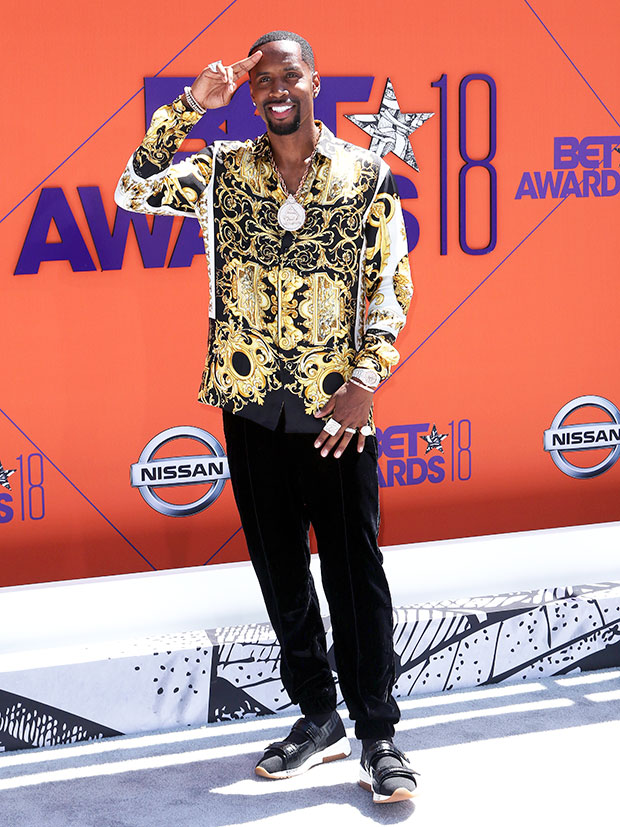 Things are good in the Samuels household. Just two weeks ago, Safaree seemingly said he was divorcing Erica, his wife of one year, and becoming a “bachelor.” He backtracked quickly and apologized for disrespecting the Love and Hip Hop: New York star. ““A man is nothing without his family,” he wrote on Instagram. “I’m not a bachelor & I love my wife I would never disrespect the mother of my child or wife. Sorry for being childish & Salute to all the real men out there.”