Attention Smilers: Start gearing up for new music from Miley Cyrus! The singer’s seventh studio album She Is Miley Cyrus is slated to finally release at the end of 2020, and there’s a lot of speculation about what to expect. For those who just can’t wait for the record’s release, here’s everything to know about Miley Cyrus’ new album beforehand.

Miley first dropped the new album news on Aug. 5, taking to Twitter with a message for fans. "Meet Miley Cyrus….. again. #SheIsComing #ButForRealThisTime," Cyrus tweeted, using a clip from the music video for her 2008 single "Start All Over.

The tweet was a big deal for Smilers seeing as they’ve been waiting for the album for quite some time. Cyrus initially announced she would be releasing an album in May 2019, when she promised fans a series of three EPs. After the last two EPs failed to arrive, fans have been waiting with bated breath for more bops from the singer. Now, it appears they won’t have to wait much longer.

In March, Cyrus told Australian radio DJ Smallzy fans can expect a super "rock n’ roll" vibe from the album and that she’s been hard at work. “I am getting super close, I am feeling the urgency,” she said. “I am definitely actively on it and ready to go."

As she puts the finishing touches on her album, here are all the ~deets~ Miley has given fans so far.

She Is Miley Cyrus Tracklist

While the official tracklist for She Is Miley Cyrus has yet to be released, you can count on her first single "Midnight Sky" being on the list, as well as her 2019 single "Slide Away." Speaking to Zane Lowe on Apple Music’s Essential Radio on Aug. 19, Cyrus also revealed one of her upcoming songs is called "High."

What artists will feature on She Is Miley Cyrus?

Speaking of "High," another major artist is featured on the track. In fact, Cyrus has a star-studded list of features on her new album. Like she did with She Is Coming, she’s working with Mark Ronson on the album (he’ll lend his talents to the track "High"). 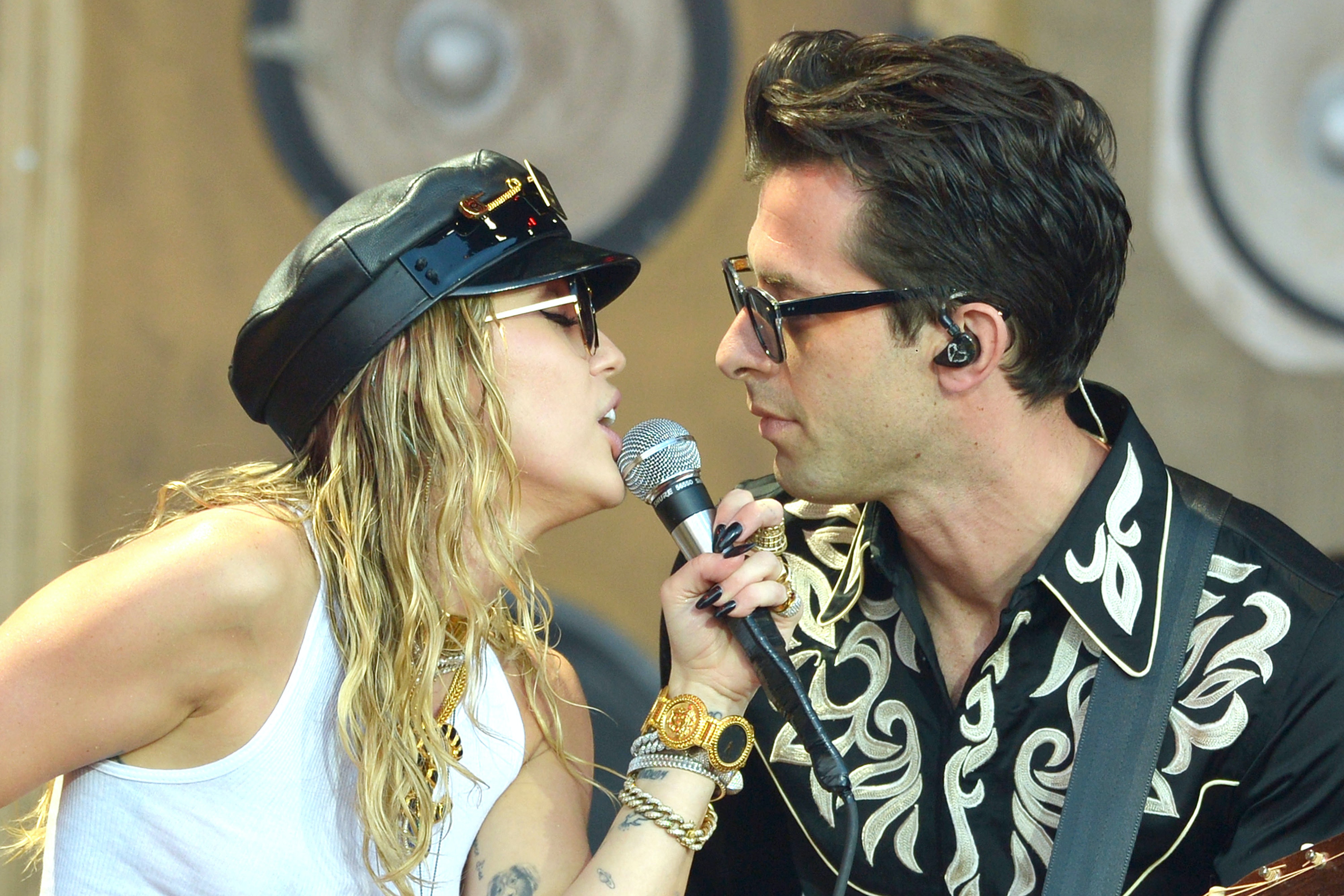 Cyrus also revealed fans can expect to hear Shawn Mendes on the album. While it’s yet to be confirmed there’s a fan rumor circulating on Twitter claiming Justin Bieber is one of Cyrus’ collaborators, as well as an appearance from Dua Lipa.

When does She Is Miley Cyrus come out?

Cyrus’ new album may have come with some serious delays, but fans can expect it very soon. Although she hasn’t shared an exact release date, she’s already released the lead single for the record, and has been teasing new music non-stop on social media.

Back in the studio and just heard that Midnight Sky is having the biggest radio add week of my CAREER and it’s #1 most added at Pop and Hot AC …. Every radio programmer who added it is rad as fuck and everyone who didn’t well….. 👅👅👅 Big fuckin thanks to my team and bad ass label!

The lead single from She Is Miley Cyrus, "Midnight Sky," arrived on Aug. 14 along with a self-directed music video.

Hang onto your hats, Smilers, because MC7 will be here before you know it.