Sheridan Smith, 38, who announced her pregnancy news last October with her fiancé, Jamie Horn, has shared a baby update with her followers on Instagram while the nationwide coronavirus lockdown continues. The actress said she won’t be seeing her baby boy until she gives birth.

I’ve just been told that I won’t see this little face.

Sheridan told her followers that she was told that she wouldn’t get to see her baby boy’s “little face for a while” while the coronavirus pandemic intensifies.

Alongside a picture of her baby boy’s scan, The Royle Family star wrote to her 386,000 followers: “I’ve just been told that I won’t see this little face for a while now because of lockdown.

“So thought I’d share his beautiful chubby chops with you guys to cheer me up.”

She then went on to say how “grateful” she is for the photos to keep her going until her due date. 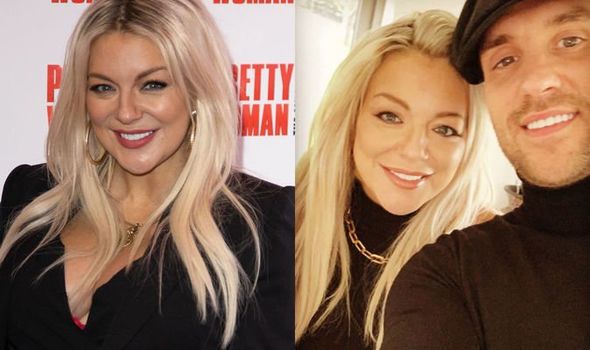 I’ve just been told that I won’t see this little face for a while now because of lockdown, so thought I’d share his beautiful chubby chops with you guys to cheer me up ❤️ So grateful we got to @tummy_2_mummy & @donna.grant.75033 for these pics a few weeks ago, I can look at them everyday now till he’s born hope everyone is doing ok during this crazy time Xx

“I can look at them everyday now till he’s born.”

The cruise singer also told her followers: “Hope everyone is doing ok during this crazy time Xx.”

Soon after the Gavin and Stacey actress updated her fans, one who has had to cancel their 3D scan said: “Amazing. I managed to have my 3D scan 2 days before they cancelled them all!!” (sic)

Another thanked Sheridan for updating them with the “amazing” picture of her baby as they said: “What an amazing picture to share with us, thank you so much.

“Hope you & bump are doing well. Xx,” they continued.

Fans then went on to say how “beautiful” her “chubby chops” is, as another wrote: “Well that’s a picture to make us all smile. X.”

Love Actually star, Martine McCutcheon, also told the actress: “Oh how lovely!!! Such an exciting and amazing time to come!”

Sheridan, who rose to fame after featuring in Two Pints of Lager and a Packet of Crisps, confirmed that she was expecting a baby with Jamie while performing aboard the musical theatre cruise last year.

According to The Mirror, the mum-to-be admitted: “I’m very out of breath. I’ve got all these new symptoms, so sorry!”

The singer previously joked and told her audience: “I’ve got buckets in each wing and trainers so I can run.”

The Cilla star first met her fiancé Jamie on Tinder two years ago.

Sheridan previously revealed that performing and working with child actors on the West End show of Joseph and his technicolour Dreamcoat made her “broody” and think about being a “mamma”.

As the 38-year-old reflected on her time with the cast, she said: “They are all an utter joy and have made the whole experience for me, I will cherish the memories and watch their careers flourish.

“Me and Jamie now are thinking of making me a mamma,” she continued.

The TV star then added: “All thanks to these amazing souls.”