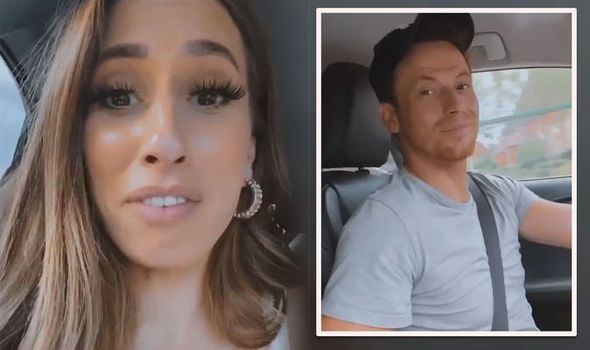 Loose Women panellist Stacey Solomon packed her bags and hopped in the car yesterday for a UK break with her family. The television star, who is no stranger to documenting her home life on Instagram, revealed her boyfriend Joe Swash’s antics were making her “anxious” in a social media post as they drove to their destination.

“And we are off…,” the mum-of-three told her 3.6 million followers yesterday as she filmed herself in the passenger seat of the car.

As Joe drove the family to their destination, Stacey spoke of their very different holiday preparations ahead of the trip.

While Stacey, who has amassed a huge online following partly due to her love of home organisation, packed a traditional suitcase, Joe threw his clothes into a carrier bag.

Stacey wrote alongside the clip: “Joe’s idea of packing was to chuck a load of clothes in an Asda bag and hope for the best. 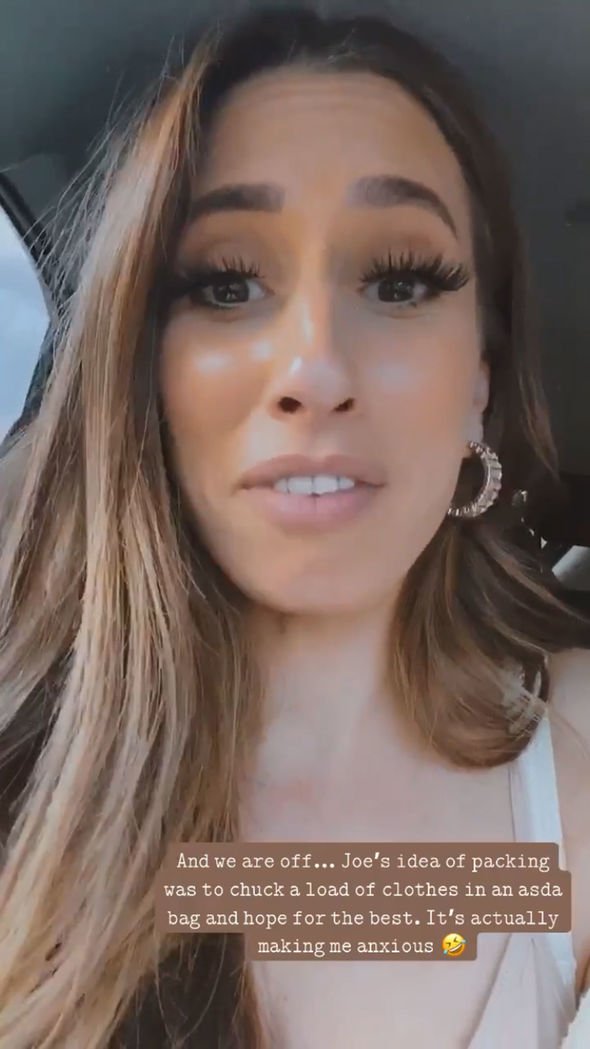 A short while later, the couple made a pit stop at a service station and Stacey joked that Joe was trying to seduce her.

She filmed the Dancing On Ice champion topping up the oil in their car while playing Etta James’ famous track I just want to make love to you from the classic 1990s Diet Coke advert.

“We just stopped because he had to top up the oil… This is the first time I’ve ever seen him open the bonnet EVER,” Stacey explained.

“I didn’t see the oil light on either,” she added before remarking: “He’s 100[per cent] embarking on a weekend long mission to get me pregnant.” 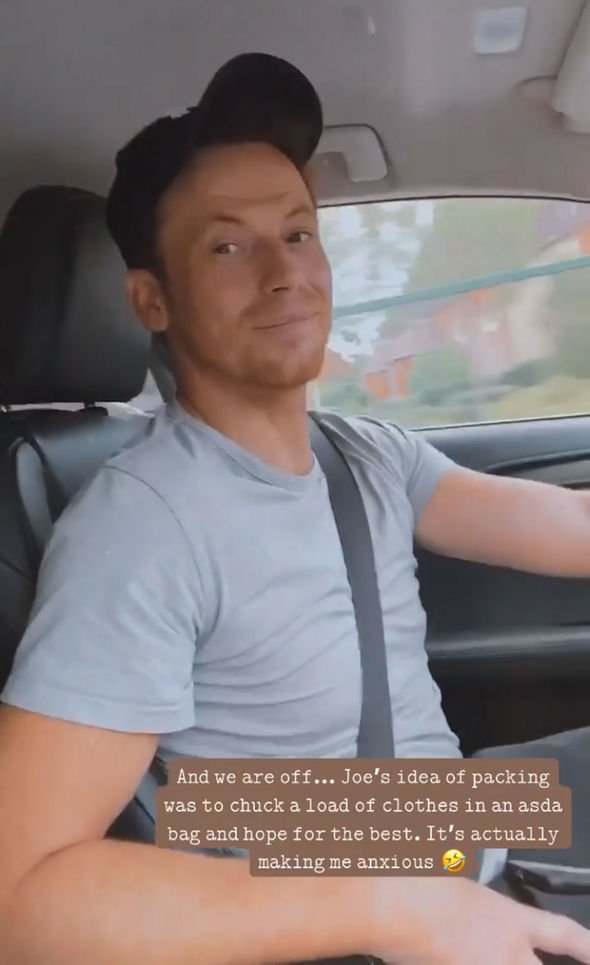 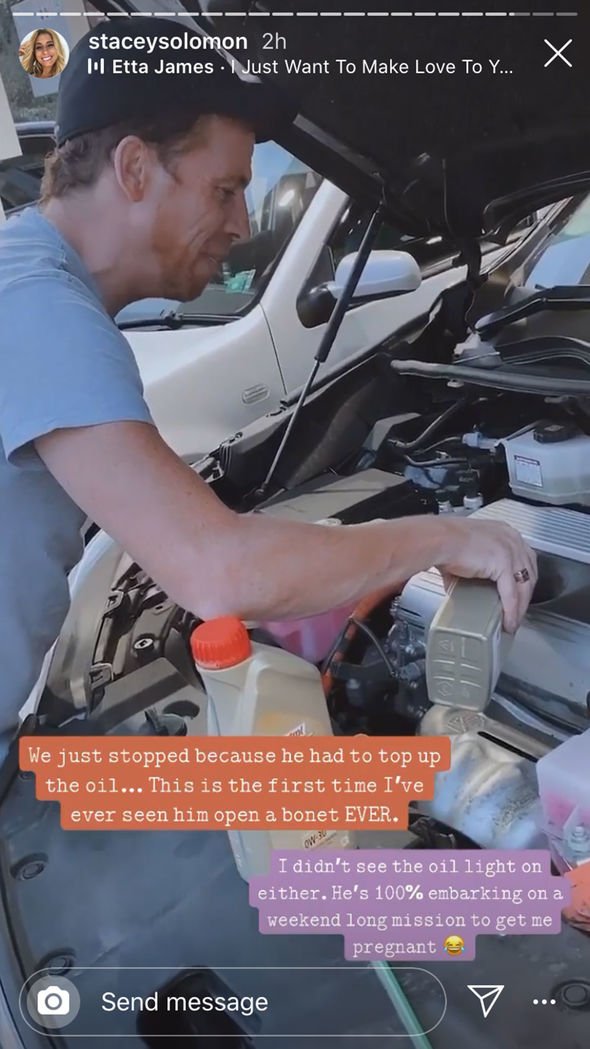 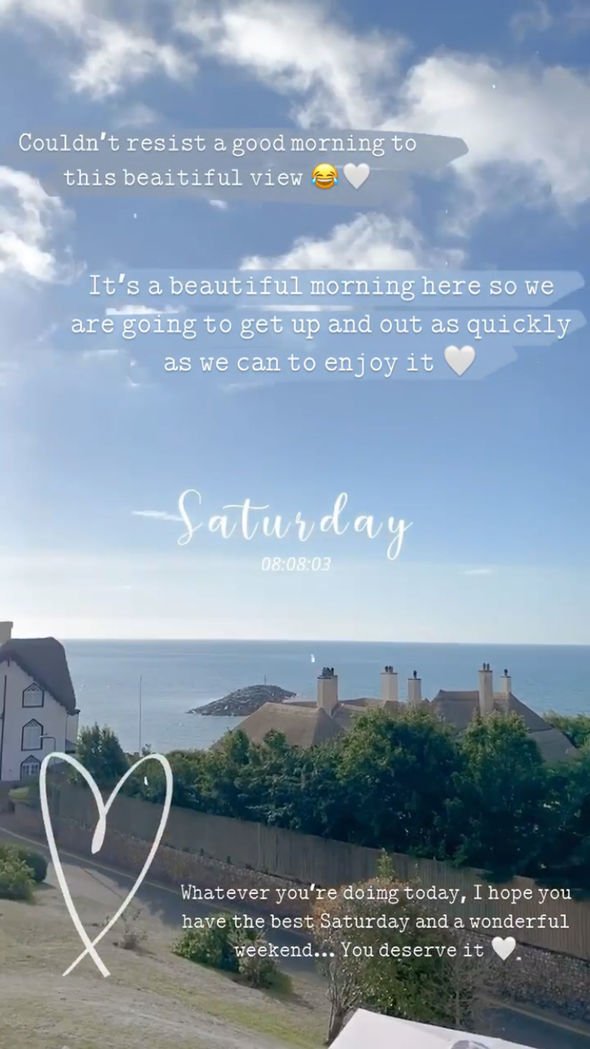 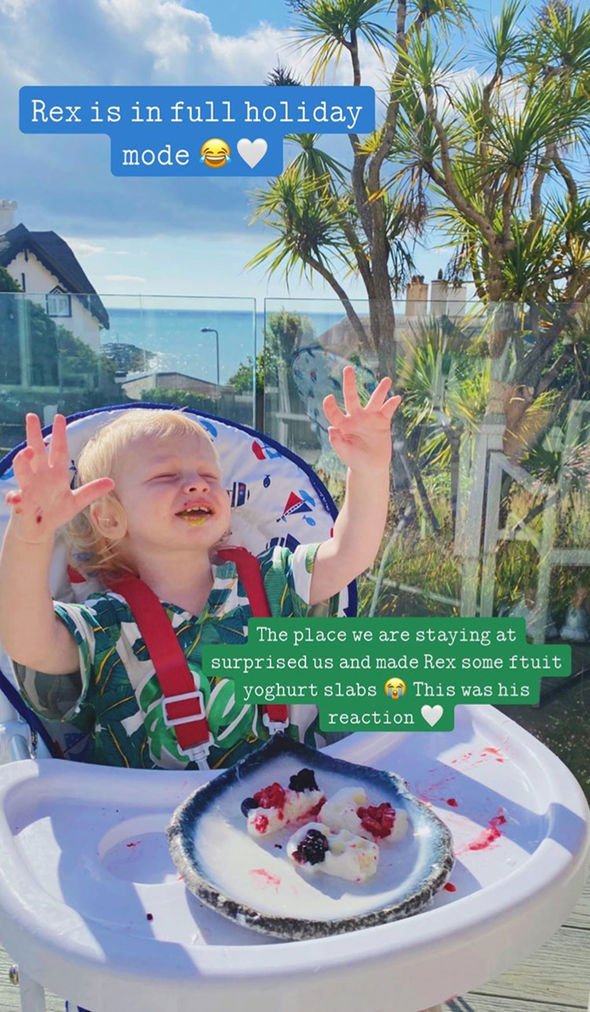 The couple are already parents to one-year-old son Rex, and have three children between them from previous relationships.

Earlier in the week, when asked by a fan if she would like another baby, Stacey said: “Never say never.”

True to form, Stacey returned to the social media site this morning to share a video montage from their holiday.

Sharing a panoramic clip of her stunning sea view, she wrote: “Couldn’t resist a good morning to this beautiful view.

“It’s a beautiful morning here so we are going to get up and out as quickly as we can to enjoy it.”