'Star Wars': Will Daisy Ridley Return as Rey? The Actress Shares Her Thoughts

Star Wars has always been—and continues to be—one of the biggest and most popular franchises in the world. Although the media powerhouse went into a temporary hiatus after the completion of Revenge of the Sith, it was brought back to life after Lucasfilm was acquired by Disney. Since then, a new trilogy and several spinoff films, including The Rise of Skywalker, have been released with significant commercial success.

While critical and fan reception to the newer Star Wars films has been mixed, there are loyal Star Wars fans that continue to support the franchise, no matter what. These supporters have grown fond of Rey Skywalker, a young Jedi portrayed by Daisy Ridley. Introduced in 2015’s The Force Awakens, Ridley also starred in two sequels, The Last Jedi, and The Rise of Skywalker, but now fans are wondering if she’ll be in any future Star Wars films. Her recent answer may surprise fans.

Daisy Ridley’s character, Rey, was difficult to introduce to the ‘Star Wars’ story 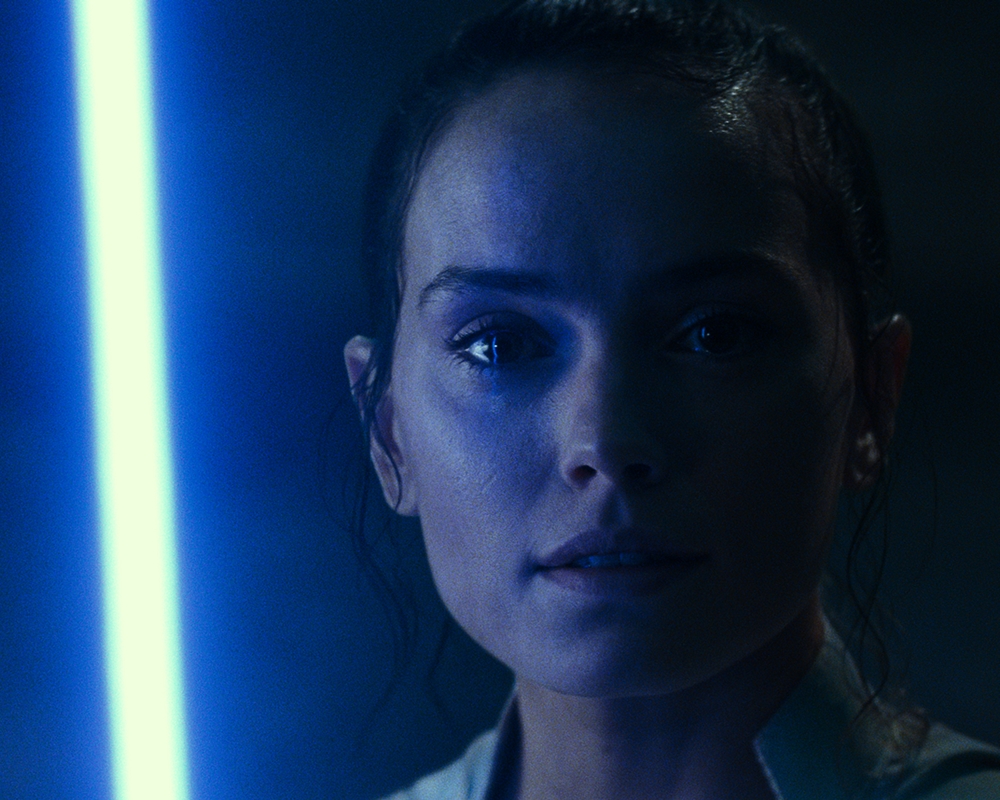 Although Rey is one of the most popular characters in the Star Wars franchise today, producers actually had a hard time introducing her in the initial stages of development for The Force Awakens. Lucasfilm president Kathleen Kennedy wanted to restart the franchise and focus the story on the origins of a female Jedi, and screenwriter Michael Arndt was instantly interested.

However, he admitted during an interview with the Writers Guild of America West that he struggled with introducing Rey to the audience.

“The whole movie is a series of character introductions, and you want all your character introductions to be A+. You want to give each person their moment when they come,” he said. “It just never worked. I struggled with this. This was back in 2012. It just felt like every time Luke came in and entered the movie, he just took it over. Suddenly, you didn’t care about your main character anymore.”

Despite his initial troubles with writing a compelling introduction for Rey, he persevered and was able to develop a plotline that was fit for her character. She has since become one of the most popular characters in the series, and the first woman to be at the center of a Star Wars story.

Daisy shared her thoughts on returning to the ‘Star Wars’ franchise

The recent trilogy of films in the Star Wars franchise has been extremely successful financially, with each film earning over $1 billion at the box office. Although diehard Star Wars fans have mixed feelings about the writing, tone, and direction of the newest movies, the franchise continues to be a box office draw for the next generation of moviegoers.

The Rise of Skywalker, released in 2019, was the last production in the franchise’s reboot, and all of the film’s stars have since gone on to find new projects to work on. However, fans are still curious about whether or not Ridley will return to the Star Wars franchise in the future, and during a recent interview on Jimmy Kimmel Live, Ridley cleared the air about the topic.

“I mean, the world is a crazy place right now. 10 years seems an awfully long way away. I say never say never, but to me, Rise of Skywalker was tied up with a bow.”

Based on her response, it seems unlikely that Ridley will be returning to the historic Star Wars franchise, but fans have seen stranger things happen in the movie business.