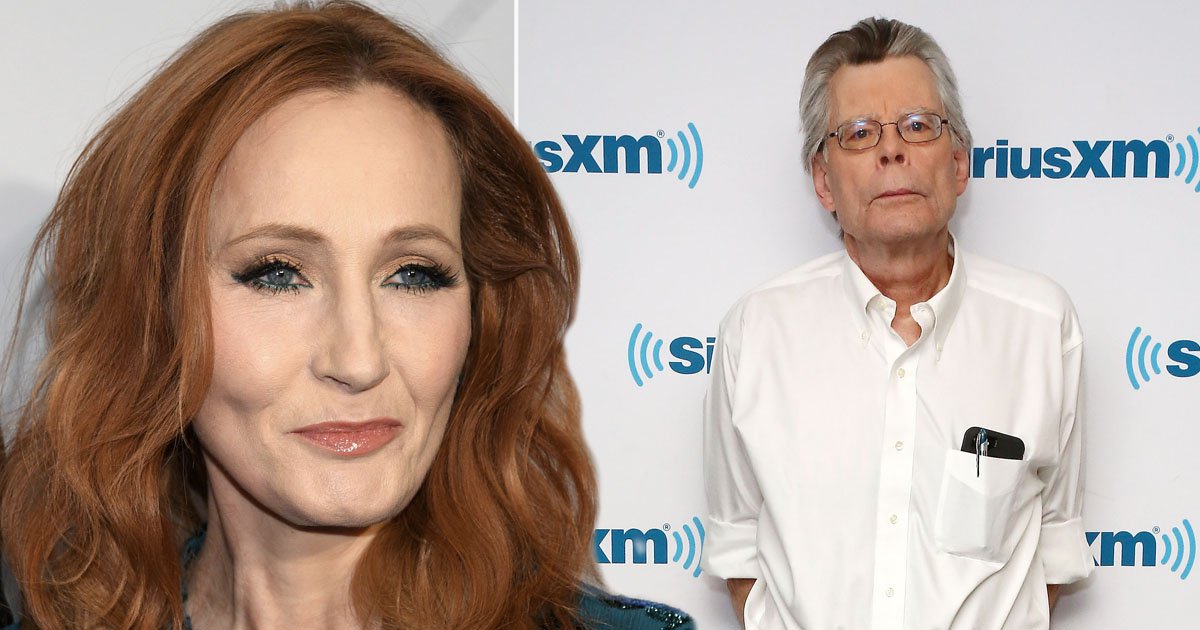 Stephen King has claimed he was blocked by JK Rowling on Twitter after he tweeted that he believes trans women are women.

King, 73, has spoken about the incident, saying that Rowling ‘sorta blocked me and all that’ following his tweet.

The Misery author told The Daily Beast that Rowling is welcome to her opinion, but so is he, saying: ‘If she thinks that trans women are dangerous, or that trans women are somehow not women, or whatever problem she has with it—the idea that someone “masquerading” as a woman is going to assault a “real” woman in the toilet—if she believes all those things, she has a right to her opinion.

‘And then someone tweeted at me, “Do you think trans women are women?” and I said, “Yes, I do.” And that’s what she got angry about—my opinion. It’s like the old saying, “I don’t agree with what you say, but I will defend to the death your right to say it.”

‘So, nobody has “cancelled” J.K. Rowling. She’s doing fine. I just felt that her belief was, in my opinion, wrong.’

King added that Rowling’s opinions on trans people are ‘an outlier in her entire political spectrum’, noting that she is ‘on the side of the angels in most respects’, specifically citing her being anti-Brexit and anti-Trump.

‘It’s so much easier for men to ignore women’s concerns, or to belittle them, but I won’t ever forget the men who stood up when they didn’t need to. Thank you, Stephen.’

King is currently promoting his new Apple TV+ series Lisey’s Story, which he wrote and is based on his novel of the same name.

The mini-series stars Julianne Moore as a widow who becomes the target of a stalker who is obsessed with her dead novelist husband’s work.