TALK OF THE TOWN: Sam reveals battle to keep skirt from blowing up

TALK OF THE TOWN: Ex-PM’s wife Samantha Cameron reveals her battle to keep her skirt from blowing up as she walked down Downing Street

Being an MP’s wife is hard enough, but Samantha Cameron has revealed she spent much of her time in the public eye battling to maintain… her modesty!

The 49-year-old says the years when husband David was Prime Minister were ‘quite traumatising… your skirt blowing up was obviously a total fear as you walked down Downing Street and suddenly had your pants on show.’

Then there was this outfit that she wore to the Tory Party Conference in 2009. 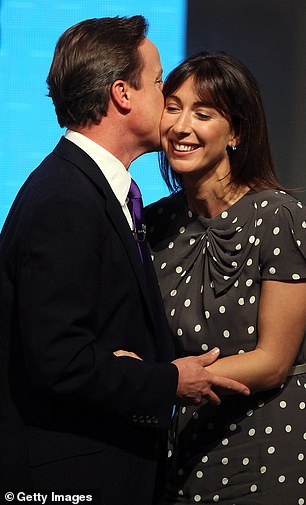 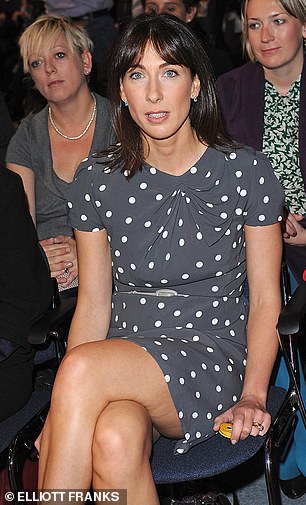 Being an MP’s wife is hard enough, but Samantha Cameron (left with husband David Cameron) has revealed she spent much of her time in the public eye battling to maintain… her modesty!

All was well when she was standing up in the M&S polka-dot number, but when she sat down things got complicated.

Sam said: ‘The dress was on my knee, but when I sat down it rode up. At the conference as well, you’re sitting there for about an hour and a half, trying not to pick your nose, cross your legs, whatever it might be.

‘Trying not to look grumpy and bored. Trying to gently smile…gazing adoringly.’

She most definitely succeeded! 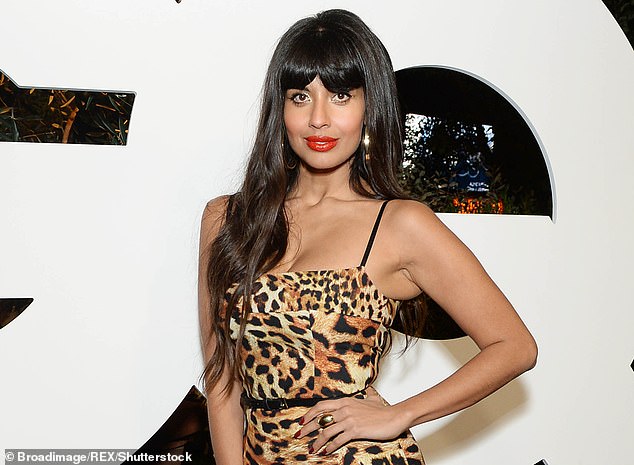 Jameela’s in a Bad Place

It’s nice to hear some refreshing honesty from Jameela Jamil, star of the US TV sitcom The Good Place, which follows the adventures of four strangers trying to make their way into heaven.

The 34-year-old believes she is bound for the ‘bad place’ because she is a celebrity.

‘I’m definitely going to the Bad Place. Anyone in this rotten, bizarre business is going straight to hell,’ she says.

I’ll see you there, Jameela…