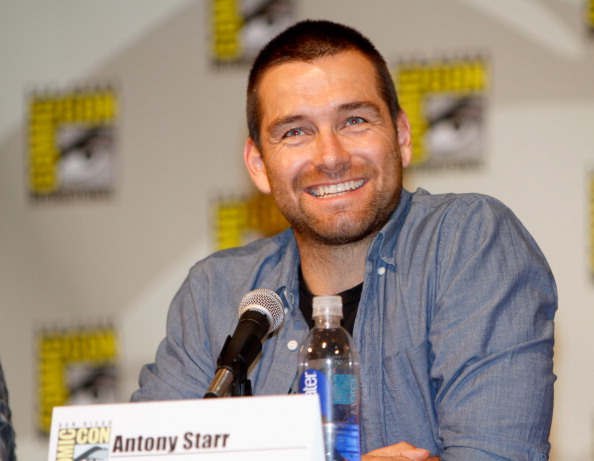 The Boys star Antony Starr has reportedly been arrested in Spain following an incident of assault and handed a 12-month suspended prison sentence with a fine.

According to a report by the New Zealand Herald, the 46-year-old actor, who is from Wellington, assaulted a 21-year-old chef while drunk at a pub in the city of Alicante.

It’s said that the chef was punched twice by Starr and that there was glass involved in the fight, with the chef reportedly having four stitches above his eye after being taken to hospital.

Variety confirmed the actor’s arrest with the police department in Alicante, who would not comment on why Starr was arrested nor confirm his 12-month suspended sentence.

A spokesperson for Spain’s National Police said in a statement obtained by The Daily Mail: ‘I can confirm a 46-year-old man was arrested following an incident at a pub in Alicante around 2.30am on March 2.’

‘He was held on suspicion of wounding. He has spent two nights in police cells and is due to appear in court later today.

‘Another man suffered a cut near his left eyebrow which required four stitches. Only the one arrest was made.’

In Spain, jail sentences of two years or less for first-time offenders are usually suspended.

It’s believed that Starr had been in Spain filming Guy Ritchie’s latest film, which is currently untitled and is also said to star Jake Gyllenhaal.

Starr is best-known for his role in Amazon’s The Boys, playing the character of John, aka Homelander, a narcissistic, powerful superhero.

Last year, he won two Critics’ Choice Super Awards for his performance, for Best Actor in a Superhero Series and Best Villain in a Series.

Other acting credits include portraying twins Jethro and Van West in Outrageous Fortune, Billy Newwood in Without a Paddle and Lucas Hood in Banshee.

Metro.co.uk has contacted representatives of Antony Starr and Amazon for comment.