Fans were thrilled when The Masked Singer announced production on Season 4 had commenced in mid-August. What was once derided as the weirdest reality show concept on television is now one of it’s best distractions. Every week, viewers come together as a family on Twitter and try to figure out which celebrity is behind the mask. The first three seasons upped the stakes each time with more stars and wilder costumes. And the first glimpse of outfits for The Masked Singer Season 4 promises this season will not be any different.

Once again, the press release boasts of just how decorated this season’s crop of contestants is. When taken as a group, these superstars have "sold more than 281 million records worldwide, appeared in more than 5,475 episodes of television and 151 films, appeared in five Super Bowls, have four stars on the Hollywood Walk of Fame, and one Time 100 Most Influential persons."

But of course, the hardware decorating these celebrities’ living rooms isn’t what fans care about. Like any major red carpet event, they’re asking, "What are you wearing?" After costumes that range from cats to monsters to inanimate objects and even a Thingamajig, this year’s characters are reaching new and fantastic heights.

Check out the rundown.

The outfits promised (though not shown in full) include:

Looking closely at the images after the roll call of characters, those could be glimpses of Giraffe and Sun. Notably, Squiggly Monster and Baby Alien are not shown, though fans are already wildly speculating these characters will be characters that visually relate to previous versions in earlier seasons. (There were already Monster and Ms. Monster from Seasons 1 and 3, and Alien from Season 1.) And could Whatchamacallit be related to Thingamajig? Time will only tell.

But fans do at least have a full look at Crocodile in the Season 4 poster. 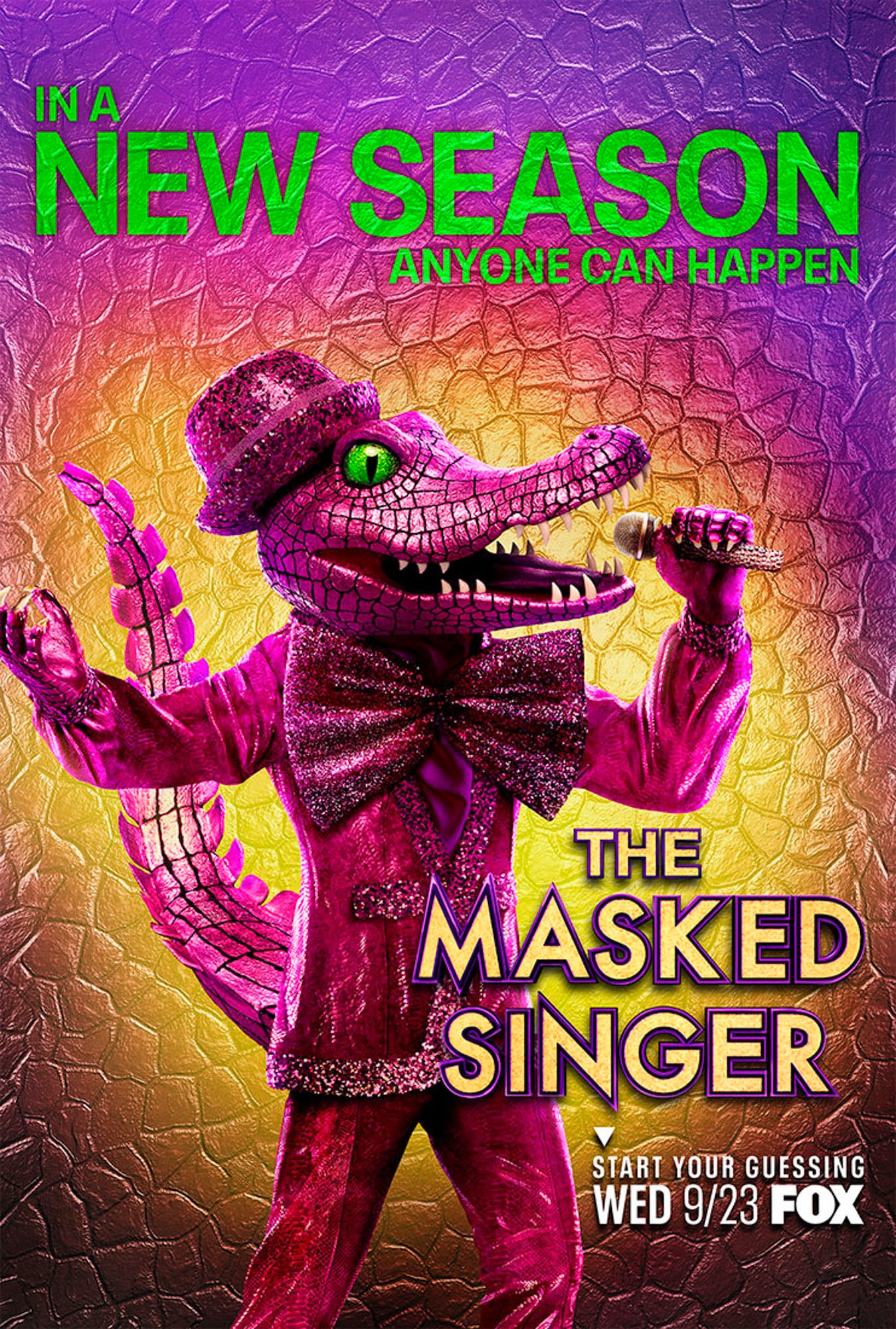 The Masked Singer will return to the airwaves with the first sneak peek on Sunday, Sept. 13, starting at 8 p.m. ET, following the NFL doubleheader. The Season 4 premiere will then follow ten days later in the series’ regular time slot of Wednesday at 8 p.m. ET, starting Sept. 23.