The Truth About Miley Cyrus And Lil Nas X’s Friendship 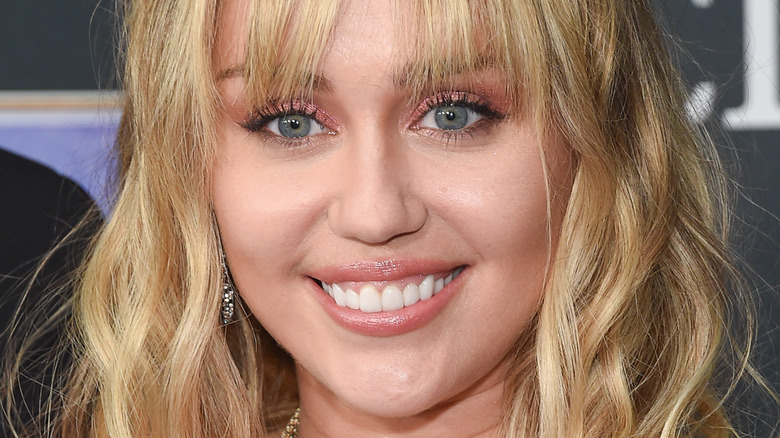 Miley Cyrus and Lil Nas X are two of the most recognizable acts in the music industry. After getting her big break on Disney’s “Hannah Montana” in 2006, Cyrus dominated the pop scene with her constantly evolving image and powerhouse vocals. Meanwhile, per Billboard, Lil Nas X made history by toppling a long-standing record on the Billboard Hot 100 with his breakout hit “Old Town Road” in 2019. And neither artist shows any signs of slowing down.

As of this writing, the “We Can’t Stop” singer is fresh off the release of her seventh studio album, “Plastic Hearts,” and the “SUN GOES DOWN” crooner is shaking things up with songs like his second No.1 single, “Montero (Call Me By Your Name).” While they’re sometimes competing on the charts, it’s important to note that there seemingly isn’t any bad blood between the two.

Cyrus and Lil Nas X’s relationship can be traced back to 2019 when Lil Nas X collaborated with Cyrus’ dad, country music legend Billy Ray Cyrus, on the first of many “Old Town Road” remixes. The country/rap fusion went viral and helped catapult the song to the level of mega-success it eventually reached. Cyrus opened up about the duet in a 2019 interview with Elle. “That record is the best of both worlds in the way that you get a song that just sounds amazing on the radio — it’s glue, it brings people together,” she said.

And it just might have helped bring the Cyrus and Lil Nas X together. 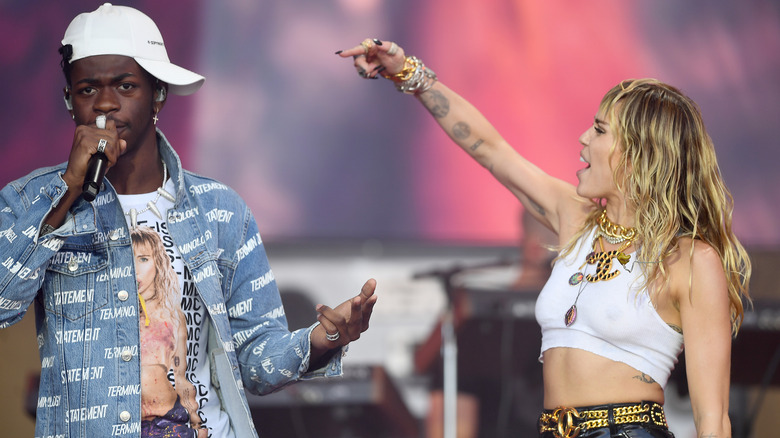 These days, Lil Nas X and Miley Cyrus seem to be quite close. In fact, in a 2019 Instagram post, Cyrus referred to him as her “baby brother,” adding, “In your corner forever my friend!” In 2020, they were captured sharing a sweet hug and posing for photos together at a Tom Ford fashion show.

In 2021, Cyrus showed support for her friend’s eye-popping “Montero (Call Me By Your Name)” music video and posted a picture wearing the singer’s controversial “Satan shoes” on Instagram. They also poked fun at the “Midnight Sky” singer’s Disney roots with a hilarious duet on TikTok. Their relationship makes sense since they have quite a few things in common. Both are loud and proud members of the LGBTQ+ community (Lil Nas X came out as gay in 2019, while Cyrus identifies as pansexual). They also obviously have the magic touch in the recording studio.

The latter leads to questions about an eventual collaboration. Luckily for fans, it appears the pair are at least considering the possibility. According to the Lil Nas X, one thing stopped that from happening in 2020. “I had plans to work on this one song with Miley earlier last year, and then the pandemic happened,” he told Andy Cohen in January 2021. Hopefully, the two are able to get in the studio sometime soon and make the collab happen!