The Truth About Porsha Williams And Falynn Guobadia’s Relationship 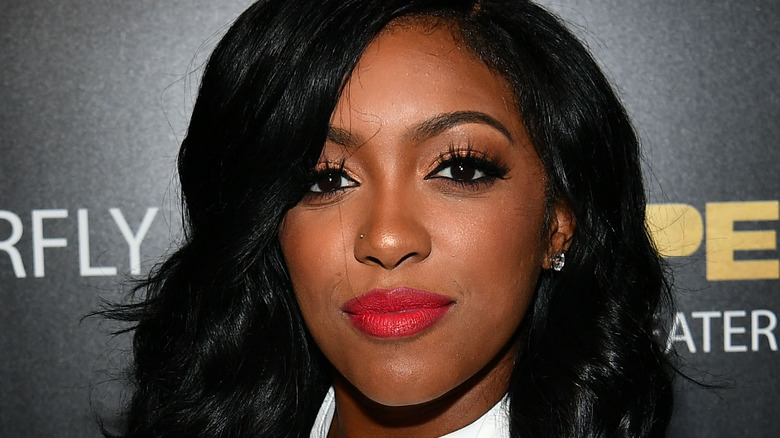 When it was announced in May 2021 that “Real Housewives of Atlanta” star Porsha Williams had shacked up with the estranged husband of cast-mate Falynn Guobadia, jaws understandably dropped. Williams gushed on Instagram, “Our relationship began a month ago — yes we are crazy in love.” Although the reality star acknowledged they’d moved quickly, she reasoned, “He makes me so happy and to me, that is what matters most.” Simon Guobadia confirmed their engagement in a separate Instagram post, even though it was only in April that he and Falynn revealed they were splitting up after two years of marriage.

Williams made sure to note, in her post, that the divorce process actually began in January and she had nothing to do with it, writing, “That’s between the two of them.” Further, although on the most recent season of “RHOA,” which had wrapped shortly beforehand, she appeared to get along well with Falynn, Williams clarified, “Falynn and I are not friends, and Simon’s divorce has been settled.” She concluded by stating emphatically, “Our relationship is a positive, loving step forward in everybody’s lives.” So, what’s the truth? Are these two ladies — and co-workers — really friends, or are they far from it? 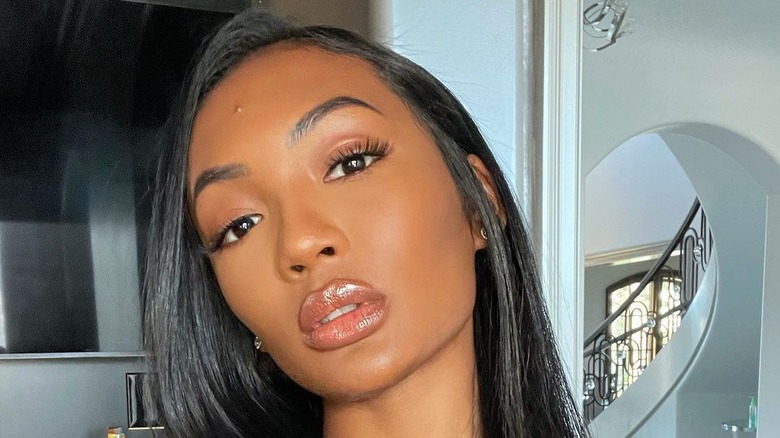 Falynn Guobadia responded to the news that her supposed friend Porsha Williams had gotten engaged to soon-to-be ex-husband Simon in a statement to E! News. “At this time, I am focusing on finalizing my divorce and healing. Sending positivity to all of you,” the reality star said simply. As People notes, the Guobadias’ divorce hadn’t actually been finalized, as Williams originally contended, when the couple first got together. Online commentators were not impressed by their supposedly shady behavior. As Cheat Sheet reports, one fan argued, “Girl please you invited Falynn on the show as your friend & you was in her house in her pool,” while another pointed out, “You was all at that girl house. In her pool and smoked her hookah. Now y’all wasn’t friends. Oh, I guess it was Simon hookah.”

Williams first brought Falynn on the show as a so-called Friend Of, inviting her to a pool party and even describing her as “really nice.” The “RHOA” stalwart was friendly with Simon, who complimented her floral arrangement and even quipped, “Now that makes me want to get married all over again” to which his then-wife responded, “Yes, we may just have to renew our vows, ring upgrade, you know” (via The Sun). Falynn subsequently defended her husband at another party, from an attack by co-star LaToya Ali, but it’s unclear when things went south between herself and Williams. Suffice to say, if they were ever friends, the two women definitely aren’t anymore.