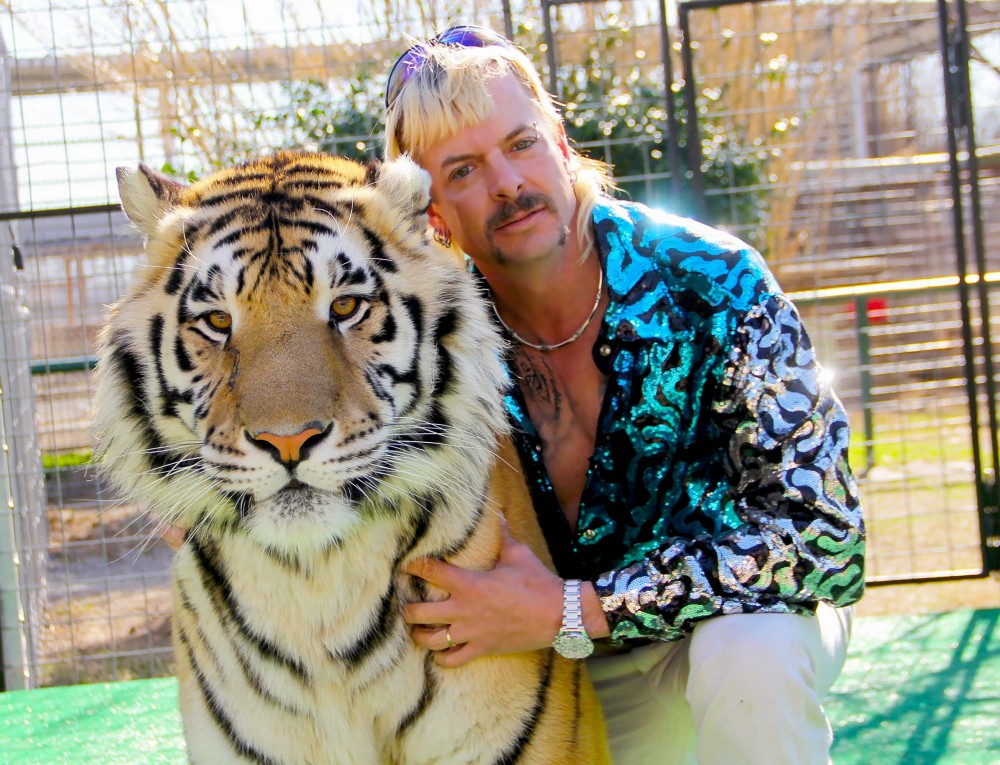 Mild spoilers for Tiger King, but you can still watch it and be astonished
Like the rest of the US, I’m eating a lot and watching TV. I’ve tried to fill up my days with video chats and this has worked somewhat in that I have more meetings now than ever (I have three scheduled today) but there’s much more time. Also like everyone else, I started watching Tiger King this week. It’s the number one show on Netflix, which is really something now. Watching that show is like eating an entire DiGiorno rising crust pizza. You can’t help yourself, but you feel disgusted afterwards. I have two episodes to go. No spoilers for the ending please (although we know what happens as it’s previewed in the trailer and throughout the show). The series has so many twists and turns and everything is so surreal and extreme. Kudos to the filmmakers, who picked the craziest sh-t and edited it to make an entertaining ride unlike any documentary I’ve ever seen before. They got so many interviews with colorful characters and so many candid moments on camera. The main subject, Joe Exotic, gives interviews from prison which are spliced throughout, previewing his ultimate fate. According to filmmakers he’s thrilled with his newfound fame despite how ridiculous he looks and how incriminating the footage is. He’s also asking for tens of millions in government restitution along with a presidential pardon.

Joe Exotic… who is serving a 22-year prison sentence — is demanding a combined $94 million from the US Fish and Wildlife Service, his former business partner Jeff Lowe and several former colleagues said.

The polygamist issued a call for a pardon from Trump and announced his lawsuit in March 19 on his Facebook page.

“This lawsuit has been filed in the name of Justice, The Trump Administration must be made aware of the Overreach, perjury, abuse of power and the failure to uphold the Oath of their position which is truth and Justice for all,” the gun-toting Oklahoma native wrote in the post.

A jury convicted Maldonado-Passage last year on 21 counts, which included euthanizing five tigers and hiring someone to kill his arch nemesis — Big Cat Rescue founder and CEO Carole Baskin. – From The NY Post

Filmmaker Eric Goode on how Joe Exotic is taking this
“Interestingly enough, the person that received it the best is Joe, who called me from prison. He was just ecstatic that he was famous, that the guards were praising him as a rock star, and the fact that his name and image is in lights in Time Square on Sunset Boulevard, He’s tickled to death. Sometimes it’s unexpected who is going to love the attention. I think for now, he’s riding that wave.” – From IndieWire

Here’s the mild spoilery part. At one point Joe runs for governor and launches a half-assed bid for president. He reminds me so much of Trump in that his entire platform is based on his showman personality and image, with so little understanding of the issues. I truly believe that if Trump watches even ten minutes of this show he will fall for this guy’s bullsh-t and issue a pardon. He’ll probably also try to reverse the two federal laws protecting wildlife which Exotic was convicted of violating. You know I’m right! He’ll f’ing pose with baby tigers too, you know it.

Once I watch the rest of this show I’ll cover some other stories about it because there just so much material here. It’s also highly likely there will be a sequel.

Holy sh-t I just checked out Joe Exotic’s Facebook and he has this Change.org petition asking Trump to pardon him. Look at the header photo below. His approach is perfect, which is scary but simple. All you have to do is kiss dear leader’s ass if you want something from him. 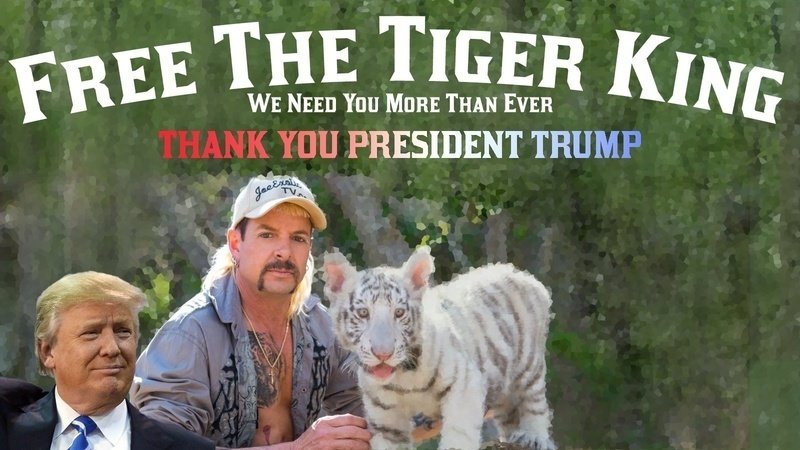 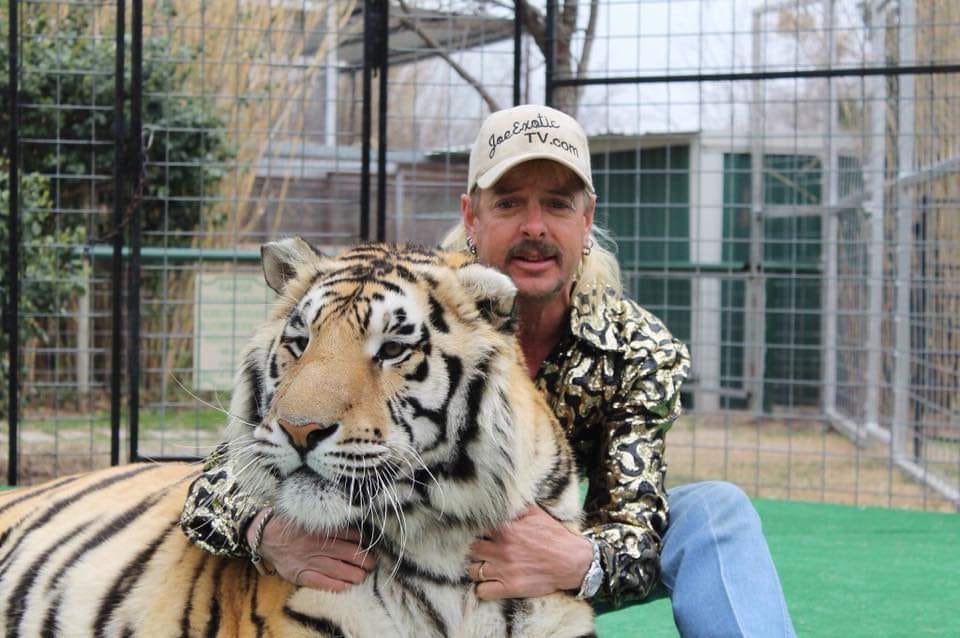