It’s over … again! Too Hot to Handle’s Francesca Farago revealed where she and ex-boyfriend Harry Jowsey stand after the pair sparked reconciliation speculation last month.

Couples Who Survived the Reality TV Curse (So Far)

“We were getting back together,” Farago, 27, said on the Domenick Nati Show on Wednesday, June 2, following rumors the two were reuniting after their June 2020 split. “We were getting to know each other slowly. And then, he was just being extremely disrespectful to me online.”

The Netflix star, who met Jowsey, 24, on the reality dating show in March 2019, called the Australia native a “piece of s—t.” However, she didn’t detail how he allegedly disrespected her. 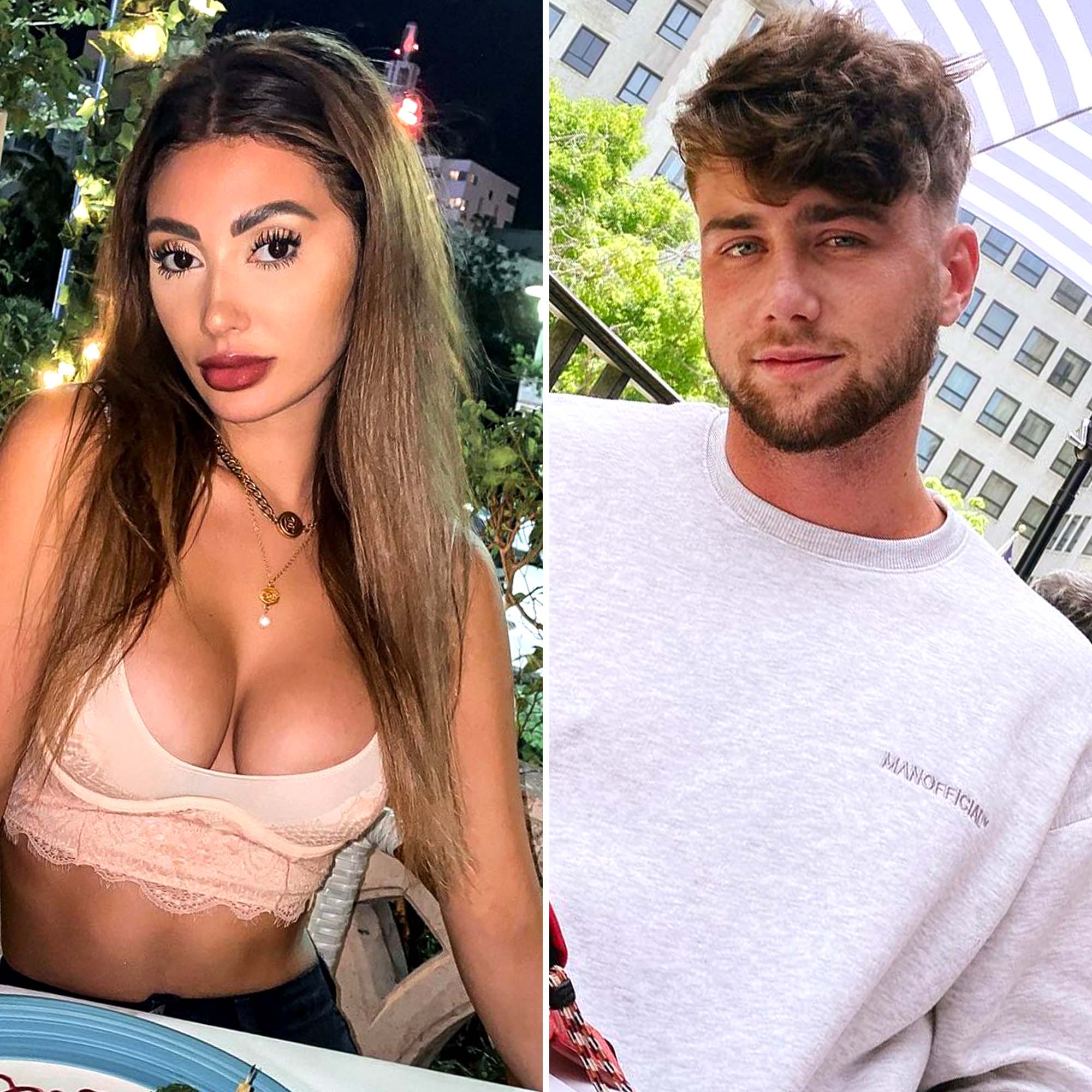 “[He] was saying things that I would love to hear … and then his actions didn’t match,” Farago claimed, noting Jowsey “chose a friendship with someone over having my back and defending me.”

The Canada native decided to “cut it off” with her former flame following all the drama, adding, “I’m the most single I’ve ever been. I’m super, super single. I hate everyone pretty much.”

Fans first met Farago and Joswey on Netflix’s Too Hot to Handle, which premiered in April 2020. Although the former couple were together as of May 2020, Jowsey exclusively told Us Weekly at the time that they had taken a break for eight months after filming wrapped in 2019. 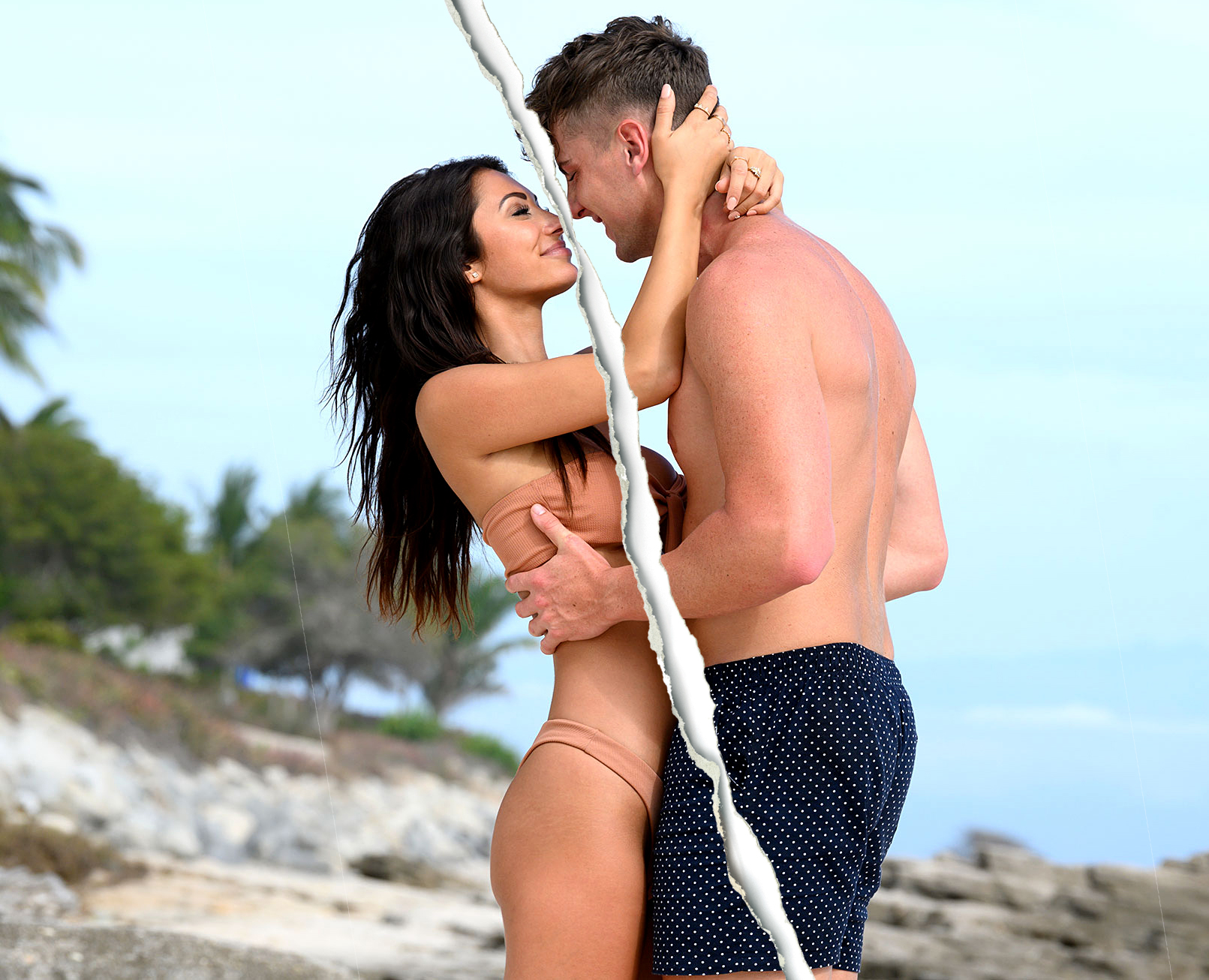 “We broke up on the worst terms. It was toxic,” he said on Us‘ “Watch With Us” podcast in May 2020. “We just didn’t see eye to eye on a couple of things and we had a really big fight. She went back to Vancouver, and I was on my farm with my mom and my chickens.”

After rekindling their romance, Jowsey asked Farago to marry him with a Ring Pop during the show’s reunion special the same month.

The pair’s reconciliation was short-lived, however, with Farago announcing their breakup that June via her YouTube channel. During the clip, she revealed that Jowsey called things off because he couldn’t do long-distance anymore.

The duo were set to live together in Los Angeles in spring of 2020, but the coronavirus pandemic led to them quarantining apart, which proved to be too much distance.

“We just had different mindsets to this situation. We would argue every now and then but it was never, for me, a relationship-ending [fight] and I think for him, small little things ended up turning into relationship-ending arguments,” the swimwear designer explained at the time.

She added: “I didn’t want to believe it because how could you have a wedding ring folder with someone and how could you propose to someone, but you’re also saying, I can’t be with you because of the distance. It makes me feel like I was being played. I’m just sad with myself for letting myself be put through this situation.”

Days later, Jowsey posted his own YouTube video, titled, “I broke up with her,” in which he took ownership for the split.

“When we were together, we were always on edge, always. We would have the highest highs — the best highs, like, the happiest moments of my entire life were with her,” he explained in June 2020. “But when things were bad, they were really bad. So every time we would fight, it would just be the worst and most depressed times in my entire life.”

Jowsey added: “She’s a wonderful person, she’s so gorgeous and everyone’s right. She’s well and truly out of my league. She’s a superstar and I’m so proud of her.”

The exes seemingly moved on after their split, with Jowsey being linked to Larsa Pippen in October 2020. He later revealed that the pair had “just met” when they were photographed at dinner together, noting he was on a “sex ban” at the time.

Farago, for her part, fueled romance rumors with The Only Way Is Essex’s Demi Sims earlier this year after the ladies shared a kissing photo on social media in January.

Last month, Jowsey posted a series of photos with his ex-girlfriend while celebrating his birthday in Mexico, which caused some fans to think they were back together.

“Champagne birthday 🍾 here’s to 24 💕,” he captioned the Instagram snaps in May, one of which showed the former couple cozied up together. Another photo focused on them holding hands.

Farago took the relationship speculation to the next level when she shared a TikTok video from Mexico joking about her ex showing up the same weekend.