An incredible achievement. Vanessa Bryant became emotional while expressing her gratitude for her late husband Kobe Bryant‘s posthumous induction into the Naismith Basketball of Fame.

“It’s an incredible accomplishment and honor and we are extremely proud of him,” Vanessa, 37, said in a video conference interview with ESPN on Saturday, April 4. The couple’s 17-year-old daughter, Natalia, was by her side.

The California native added, “Obviously, we wish that he was here with us to celebrate, but it’s definitely the peak of his NBA career and every accomplishment that he had as an athlete was a stepping stone to be here. We are incredibly proud of him and there’s some solace in knowing that he was probably going to be a part of the 2020 Hall of Fame class.”

Kobe died in a helicopter wreck in January along with the pair’s 13-year-old daughter, Gianna, and seven others in Calabasas, California.

Before his death, the basketball legend had a successful career with the Los Angeles Lakers from 1996 until his retirement in 2016. Kobe was a five-time NBA champion, an 18-time NBA All-Star and a two-time NBA Finals MVP. The former shooting guard was also the NBA’s Most Valuable Player in 2008. 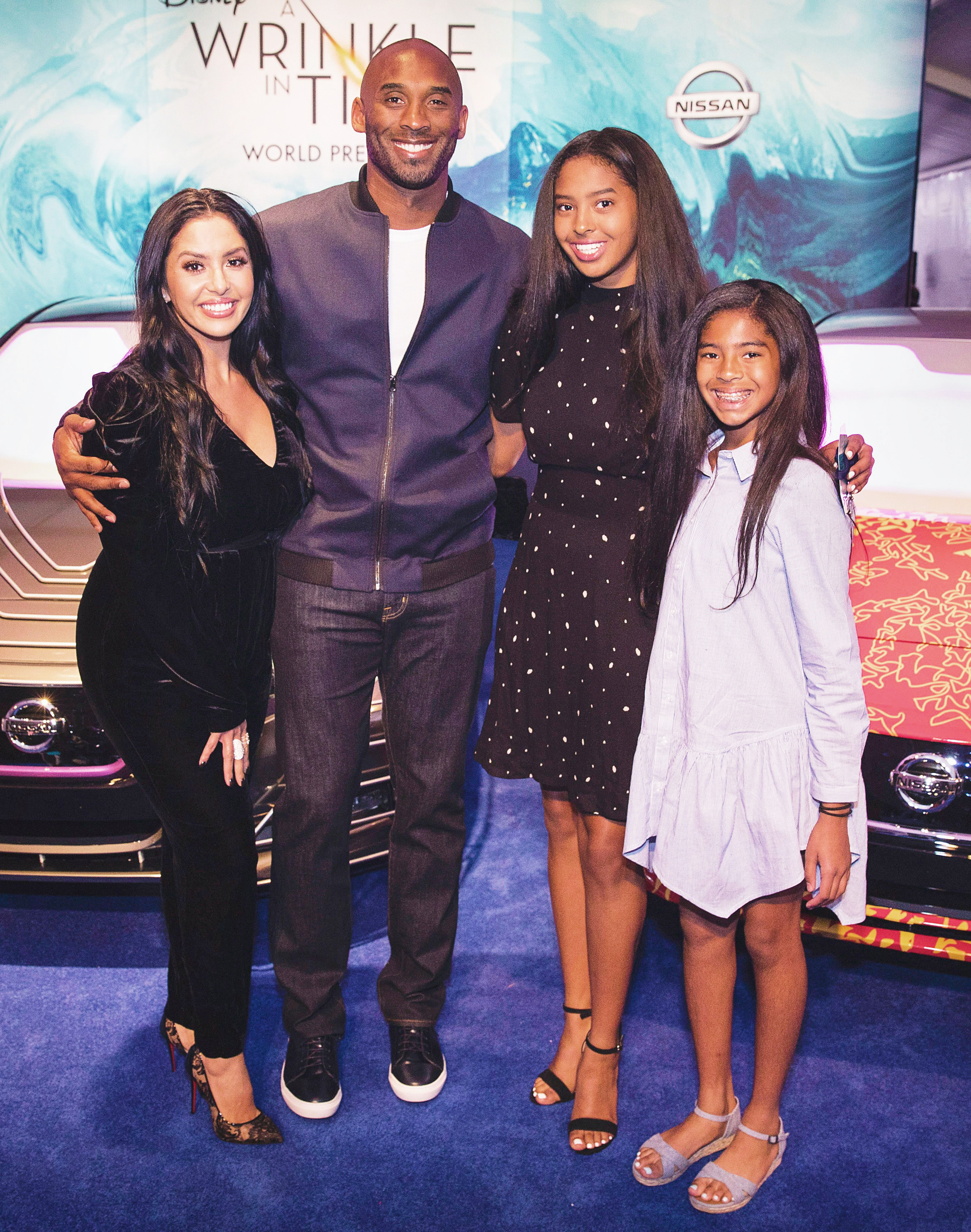 “No amount of words can fully describe what Kobe Bryant meant to the Los Angeles Lakers,” Buss, 58, said in a statement on Saturday. “Kobe was not only a proven winner and a champion, he gave everything he had to the game of basketball. His fierce competitiveness, work ethic and drive were unmatched. Those qualities helped Kobe lead us to five titles — and have now brought him to the Hall of Fame, where he will be enshrined with the greatest to have ever played the game. No one deserves it more.”

Kobe’s accomplishments were celebrated at a public memorial service for him and Gianna held at Los Angeles’ Staples Center in February. Vanessa and their daughters Natalia, Bianka, 3, and Capri, 9 months, were in attendance.

A source told Us Weekly in February that Vanessa has been “living in a fog” since the death of her husband and daughter. However, Vanessa has received plenty of support from her mother, Sofia Layne.

“Her mom is always with her and the girls and she’s been keeping Vanessa strong and she’s the weight of her support system,” a second insider said at the time.