What You Should Know About Ross Lynch 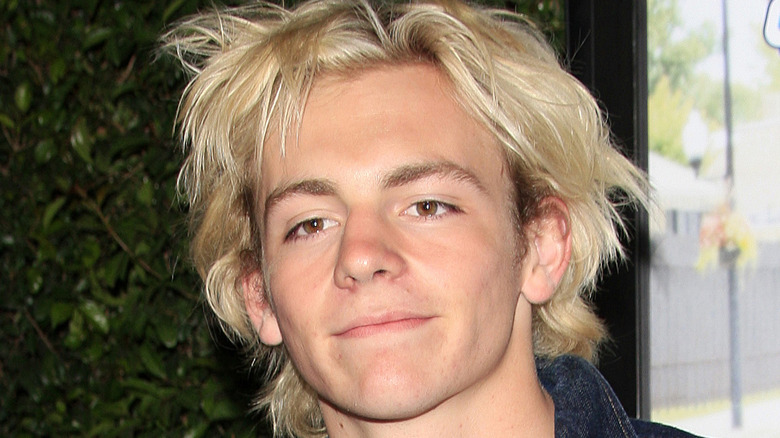 Looking at Ross Lynch’s career today, it isn’t easy to believe that he was once only known for being a teen magazine pin-up and a Disney darling. Lynch has made the transition to adult entertainment star seamlessly where many of his same-age counterparts have not. Longtime fans recall him as the male lead in the television series “Austin & Ally” and as the star of two “Teen Beach Movie” installments, the first of which was categorized as one of the Top 5 films to premiere on the channel of all time (via Entertainment Weekly).

His professional career spans the better part of 13 years. He has fronted two bands, appeared in seven television series, starred in four feature films, and combined eight Nickelodeon and Teen Choice Awards. While magazines pointed out Ross’s favorite colors and what he liked in a girl (back when he was a teen superstar), today, fans want a deeper look at the man behind the extraordinary talent.

What should you know about Ross Lynch? There’s a lot more to him than just a handsome face.

Ross' family upended their lives to make their dreams happen 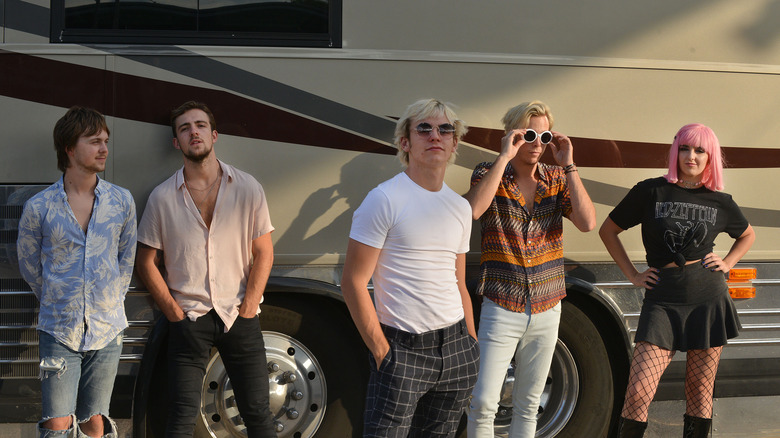 Ross Lynch is one of five children, four boys and one girl make up the siblings of the talented clan. These include Rydel, Riker, Rocky, and Ryland. Ross was not initially the one who yearned to be in the spotlight. His older sibling Riker wanted to try his hand at being a full-time actor. That’s not to say that Ross and his siblings didn’t have fun trying their hand at entertaining a crowd. When the siblings were younger, they put on shows in their basement and charged family members a dollar to get in, (via Prezi).

The entire clan left their home state of Colorado and moved to Los Angeles to further Riker’s dream. It wasn’t always easy for the family at the beginning of their California adventure. They all lived together in a two-bedroom apartment with no television. Soon, Ross’ career picked up as quickly as Riker’s who was cast in “Glee” as one of the Warblers, (via Glee Wiki).

“We moved as a family because I was booking jobs from Colorado that were in L.A.,” Lynch told Issue Magazine. “It worked because we were all working. We moved first to a motel for a few months, then into a two-bedroom apartment, all seven of us. So we were pretty comfy at first.” 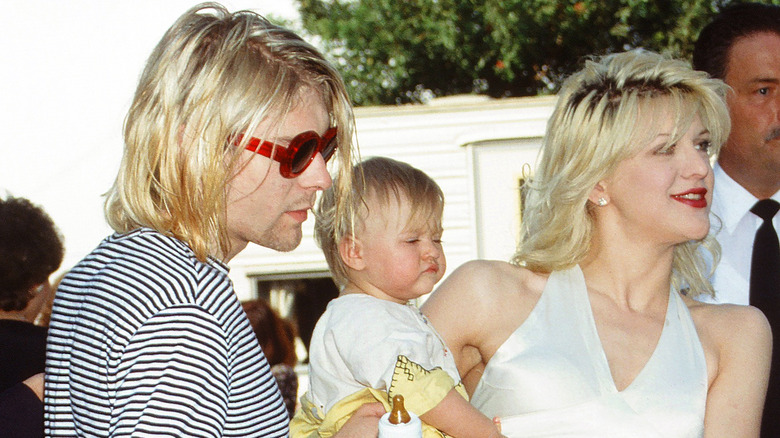 Ross Lynch once spoke about his combined love of music and acting and revealed via NME that he would love to find a way to combine his two passions into one spectacular role.

That’s not to say he has not used his vocal talents in prior projects, but as he has matured and developed as an actor, he would love to try his hand at another type of more creative role, perhaps playing a famous musician. He cited late Nirvana frontman, Kurt Cobain as a role he would love to sink his teeth into.

“Once upon a time when my hair was longer, I would get Kurt Cobain look-alike references,” Lynch said to NME. “He would be really fun to play because I’m a big Nirvana for sure. How can you not be? You know what, Courtney Love tweeted me one time and said, ”You could be our love child.’ Straight up.” Love’s 2015 tweet read, “Watched Michael & Kelly, you’re cute @rossR5 I imagine if we had a son, he’d look just like u.”

One of Ross' idols is Donald Glover 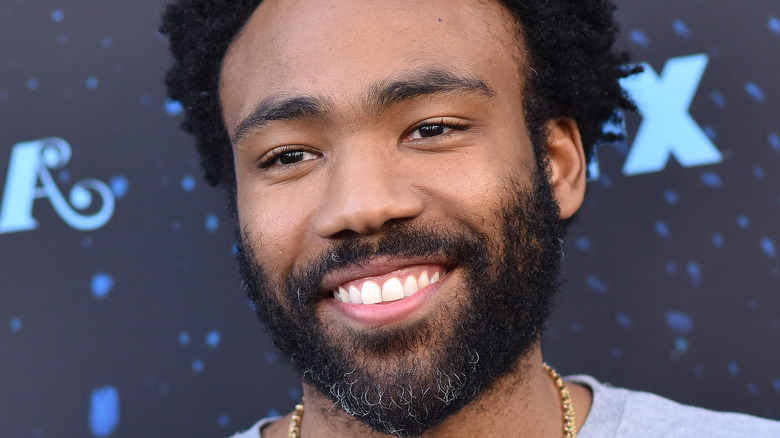 Ross Lynch said that one of his professional idols is actor and rapper Donald Glover, who also goes by Childish Gambino. Lynch reportedly appreciates the way Glover has crafted his career and pivoted between different entertainment venues. Lynch noted that he’d love to work with the hardworking artist, who makes his career switches appear to be effortless.

“I’m inspired by people like Donald Glover who are such multi-faceted artists,” Lynch explains, (via NME). “I’d love to work with someone like that just to see how they manage their time effectively because there are so many things that I wanna do.”

Lynch also believes in the hand of divine timing when it comes to his career, noting that each career shift he has made has happened naturally, without an extra push from any effort on his part. “My next role does come down to the script, the character, and it comes down to divine timing,” Lynch remarked (via Wonderland Magazine). “All the roles I’ve booked in the past have serendipitously happened, so I’m kind of riding the current.”

Ross only wanted to be an entertainer, nothing else 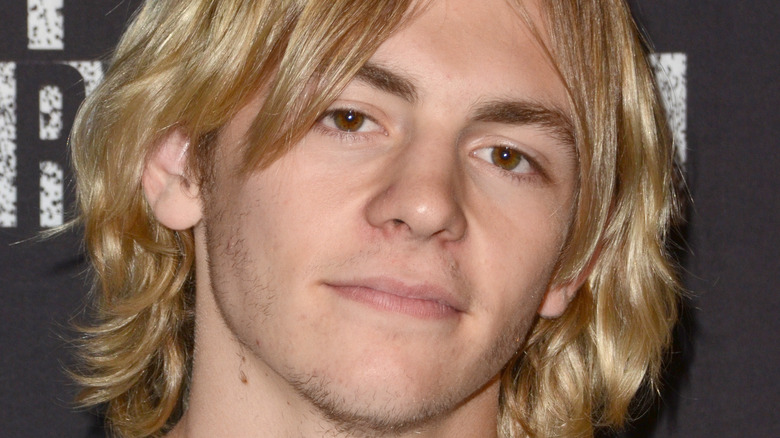 Ross Lynch said that there was no backup plan for his future other than the life path he had chosen. While his older brother Riker Lynch may have kickstarted the dream, Ross ran with it. As fans may recall, Ross was homeschooled since fourth grade. His formative years were spent on the set of whatever television series or movie he was working on at the time.

“There’s different aspects of the acting industry and music industry that makes me happy I can jump back and forth. In a lot of my early work, both aspects were intertwined,” he explained (via Wonderland Magazine). “Initially, Disney channel didn’t want to cast me, but the creators of the show were adamant that I was ‘Austin.’ In the end, they got me the job. I’m grateful for that.”

He continued, “Luckily for me at the time, they sent me to an acting coach to try and give me some advice on how the Disney rhythm worked because it’s different. First, it was a sitcom, so it was already different from many of the acting roles had done previously. Then it’s Disney, so there’s a perkiness to it. It all worked out in the end.” 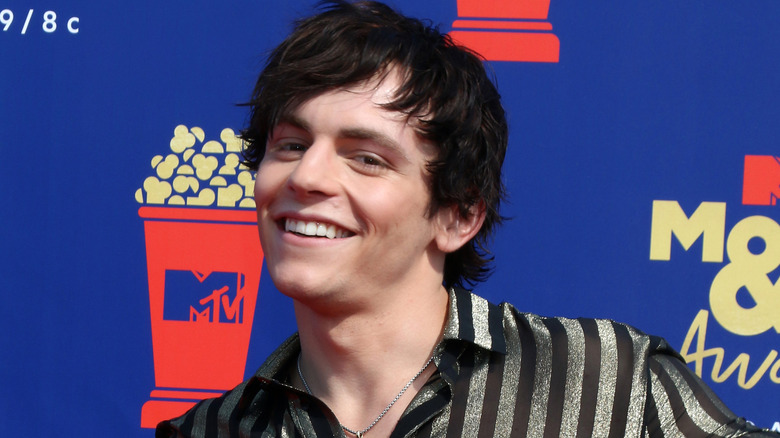 Having been in the public eye since the age of 14 and not having spent his traditional formative teen years by attending high school, prom, and other everyday experiences most teens experience, Ross Lynch could have felt as if he missed out on some essential life growth. However, the star’s outlook on not having those experiences is sunny as he realized all he has accomplished in his short career thus far.

“I feel like I have a very strange life and outlook on a lot of things because of the situations I’ve been in. For instance, I traveled the world when I was 16 in a band on tour. That’s a scenario that not a lot of people get to experience. Because of that and because of all the different cultures I’ve seen, I think about many things differently,” he claimed via (Issue Magazine). “I never went through high school, so my outlook and perspective on things are slightly different from your average person. Not in a better way, by any means. Just different. I’m having a really good time with what I do, and I want to continue to do it.”