Whatever Happened To Kiaya Elliott From Teen Mom?

When “Teen Mom” premiered on MTV in 2009, it quickly became a cultural phenomenon and ushered in an era of steady viewership for the network, which had successfully transitioned from music to reality television. CNN reported that the spin-off of “16 & Pregnant” became the “third most-watched original cable series of the season” when it first aired over a decade ago.

Since then, the “Teen Mom” empire has expanded into several different shows, including, “Teen Mom: Young and Pregnant” and “Teen Mom: Young Moms Club.” The show has also made several of its cast members famous, like Farrah Abraham, Chelsea Houska, Maci Bookout, Leah Messer, and more. However, not every star on “Teen Mom” became famous or has had a lasting gig on the show.

Kiaya Elliott, who was on Season 2 of “Teen Mom: Young and Pregnant,” did not gain as much popularity as her predecessors, but she’s had quite the personal journey since she replaced Lexi Tatman on the show. Find out what she’s been up to below.

Kiaya Elliott got into trouble with the law 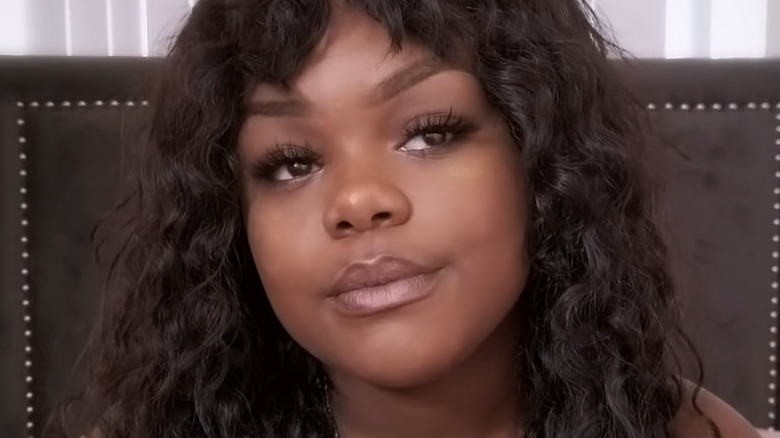 The last time viewers saw Kiaya Elliott on “Teen Mom: Young and Pregnant,” she made a promise to raise her son Amour Armani-Nathaniel Elliott by herself because her baby’s father is in prison and she does not know when he’ll be released, according to In Touch Weekly. However, it seems like Kiaya has not had much luck with the law either.

According to Ashley’s Reality Roundup and The Sun, Kiaya was arrested on March 25 in Virginia and charged with three separate counts — one count of pointing/brandishing a firearm and two counts of Class 1 assault/battery. Kiaya was reportedly attending a party with her girlfriend Teazha when a fight broke out on the night of March 21. A source told Ashley’s Reality Roundup, “A guy eventually jumped into the fight and Kiaya claimed he pulled out a gun and pointed it at her. Kiaya wasn’t really injured, but she did file charges against the guy for assault and battery and for pointing a gun at her.” The man in question was also arrested in connection with the brawl.

Kaiya, though, did not seem worried about her charges and joked about her mugshot on Instagram. “Thinking about the time I took my wig off to wash my hair and got arrested before I could finish taking my cornrows out,” she captioned an Instagram story (via Ashley’s Reality Roundup).

All jokes aside, viewers will have to see whether Kiaya will be proved innocent when the show returns from its hiatus.