Who Is Padma Lakshmi’s New Boyfriend?

Padma Lakshmi is a busy woman. When she isn’t hosting “Top Chef” (which she’s been doing for the past 17 seasons), she’s writing cookbooks, keeping busy as a single mother, and making docuseries highlighting underrepresented chefs and cuisines. All that work doesn’t leave a lot of time for love, which is probably why Lakshmi’s love life has never been easy.

Lakshmi suffered through a high-profile marriage and even messier divorce to acclaimed novelist Salman Rushdie, nearly thirty years her senior. After the split, Lakshmi was linked to Adam Dell. Together they share one daughter, Krishna. Lakshmi’s relationship with Dell was on and off for years, per People. They reportedly split for the final time in early 2021. However, according to sources, they can amicably co-parent and get along pretty well, per Page Six.

But just because Lakshmi spends a lot of time with her ex doesn’t mean she’s holding out hope for a reconciliation. In fact, that’s likely the last thing on her mind, given that she’s recently found love with someone new. Here’s everything we know about Lakshmi’s new boyfriend and their budding romance. 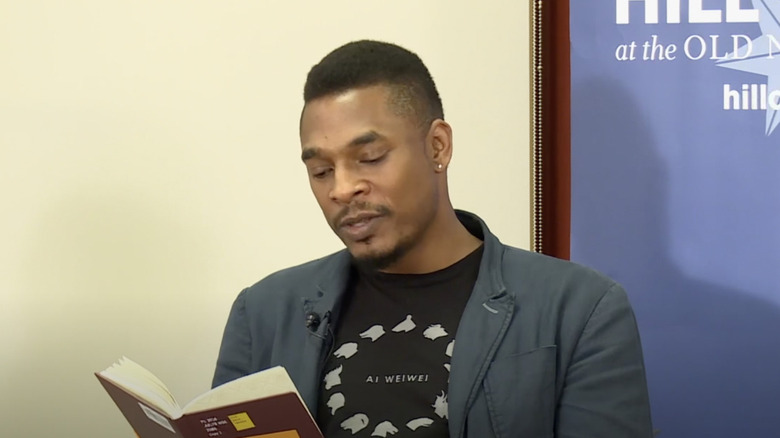 Padma Lakshmi has a type. The star chef’s most high-profile relationship to date was with novelist Salman Rushdie. Now, years after the split, Lakshmi has found herself a poet to love: Terrance Hayes. The two seemed to confirm their relationship when they were spotted kissing while walking her dog in New York City, per People.

He’s not quite Salman Rushdie, and he doesn’t have a hit reality TV show, but Hayes has a pretty impressive CV nonetheless. He’s worked as an editor at The New York Times Magazine, has won the National Book Award, received a MacArthur Fellowship, and is currently working as a professor at New York University, per US Magazine.

Lakshmi is notoriously guarded about her private life, and it appears that Hayes is too, as neither party has officially confirmed the romance yet. But making out in the street is a pretty good indication that they’re more than just friends. A source close to Lakshmi told People that things were heating up, but definitely not that serious yet. “It’s early days, and they’re still getting to know each other,” they told the outlet. Either way, after all the ups and downs with Rushdie and Adam Dell, we’re happy to see Lakshmi happy again.