Chances are, you’ll go to enough weddings in your life that at some point they all start to run together. Some manage to stand out, though. Obviously, we’re talking about royal weddings. You probably weren’t in attendance at prince Charles and Princess Diana’s 1981 wedding (don’t worry, we weren’t either), but if you were alive in 1981, you definitely remember it. After all, it was a pretty big deal.

The wedding gave birth to one of the messiest marriages in recent memory. Charles never wanted to marry Diana in the first place . He had always been in love with his current wife, Camilla Parker Bowles, of whom Queen Elizabeth disapproved. Diana struggled to adjust to royal life. They divorced 15 years later, after 15 pretty tense years.

Just because the marriage didn’t work out, though, doesn’t mean that people forgot about the wedding (Diana’s wedding dress is still on display in London) or turned their backs on Diana. On the contrary, she was beloved around the world for her charitable efforts and her candid discussion of royal life. In short, she broke from the norm, and people loved that about her.

It’s no surprise than that Diana also broke with tradition by refusing to utter part of her vows on her wedding day.

Diana wanted to modernize her marriage 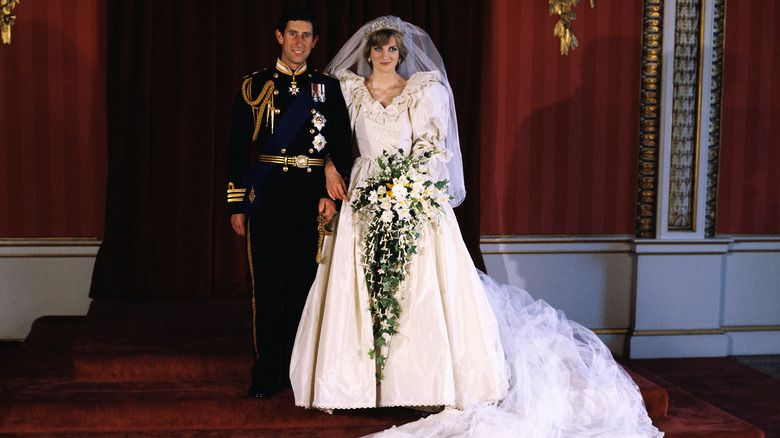 An English royal wedding is a very traditional affair, especially if it’s the heir to the throne saying “I do.” When Princess Diana married Prince Charles in 1981, she didn’t have a lot of say in the wedding. The couple had to adhere to royal tradition, like a public procession to the church, for example. There was one issue, though, on which Diana would not budge.

When it came to the vows, Diana put her foot down and refused to promise to “obey” her husband. Royal women had promised to “obey” their husbands as far back as 1663 when saying their vows, per The New York Times. According to the outlet, Diana and Charles discussed the omission with the Archbishop before the wedding. They ultimately decided it was best not to say it, as it made the monarchy seem outdated by modern English standards.

Instead of subjugating herself to Charles, Diana simply promised to, “Love him, comfort him, honor and keep him, in sickness and in health.”

Even in her wedding vows, Diana was a pioneer. Since disavowing wifely obedience, Kate Middleton and Meghan Markle have followed in their late mother-in-law’s footsteps and promised nothing more than love and companionship to their respective husbands, per Harper’s Bazaar. Diana would be proud.