13 Celebrities Who Have Opened Up About Endometriosis

Women’s health issues are notoriously taboo. If it happens in a uterus, people don’t want to talk about it. That stigma has meant that endometriosis—which affects 1 in every 10 menstruating individuals—often goes unrecognized, undiagnosed, and untreated.

Endometriosis is a disorder that causes endometrial tissue (which typically lines the endometrium) to grow outside the uterus, such as on the ovaries. It’s a condition which can cause tremendous pain, especially during menstruation, as well as excessive bleeding—and even infertility.

But women, including celebrities with major followings, are speaking up about their experiences to change the conversation. Read more about the personal stories of actors, singers, and other celebs who have opened up about their own personal struggles with endometriosis. 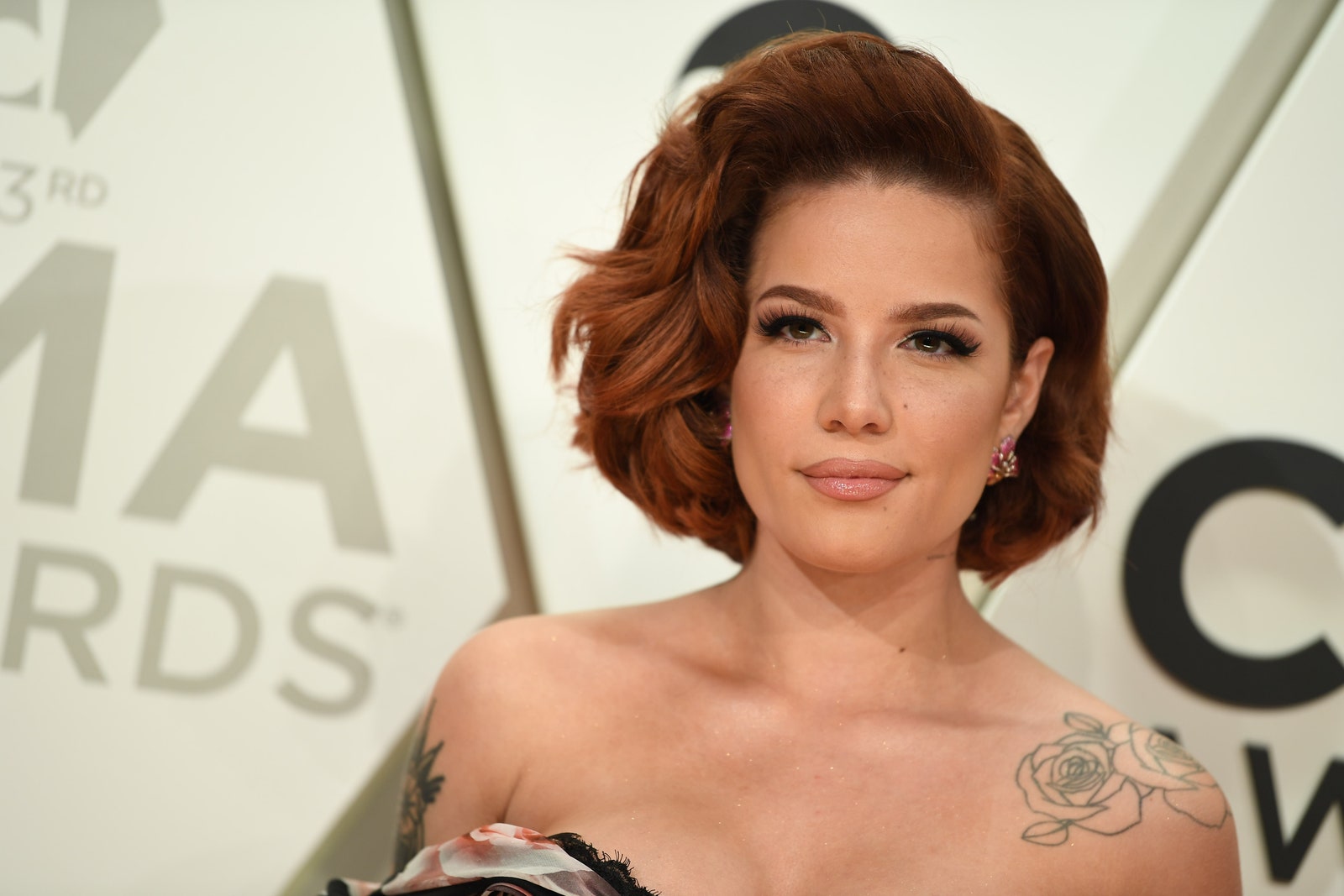 Singer-songwriter Halsey has been speaking out about endometriosis since at least 2016, posting about her struggles on social media, including Twitter. In a now deleted Instagram post, the 25-year-old shared that she had undergone multiple surgeries for the condition, which caused her tremendous amounts of pain. Halsey has even spoken about her previous onstage miscarriage in a recent interview with the Guardian. (Research has shown endometriosis increases the chances of miscarriage, with some studies indicating a potential 80% increase.) 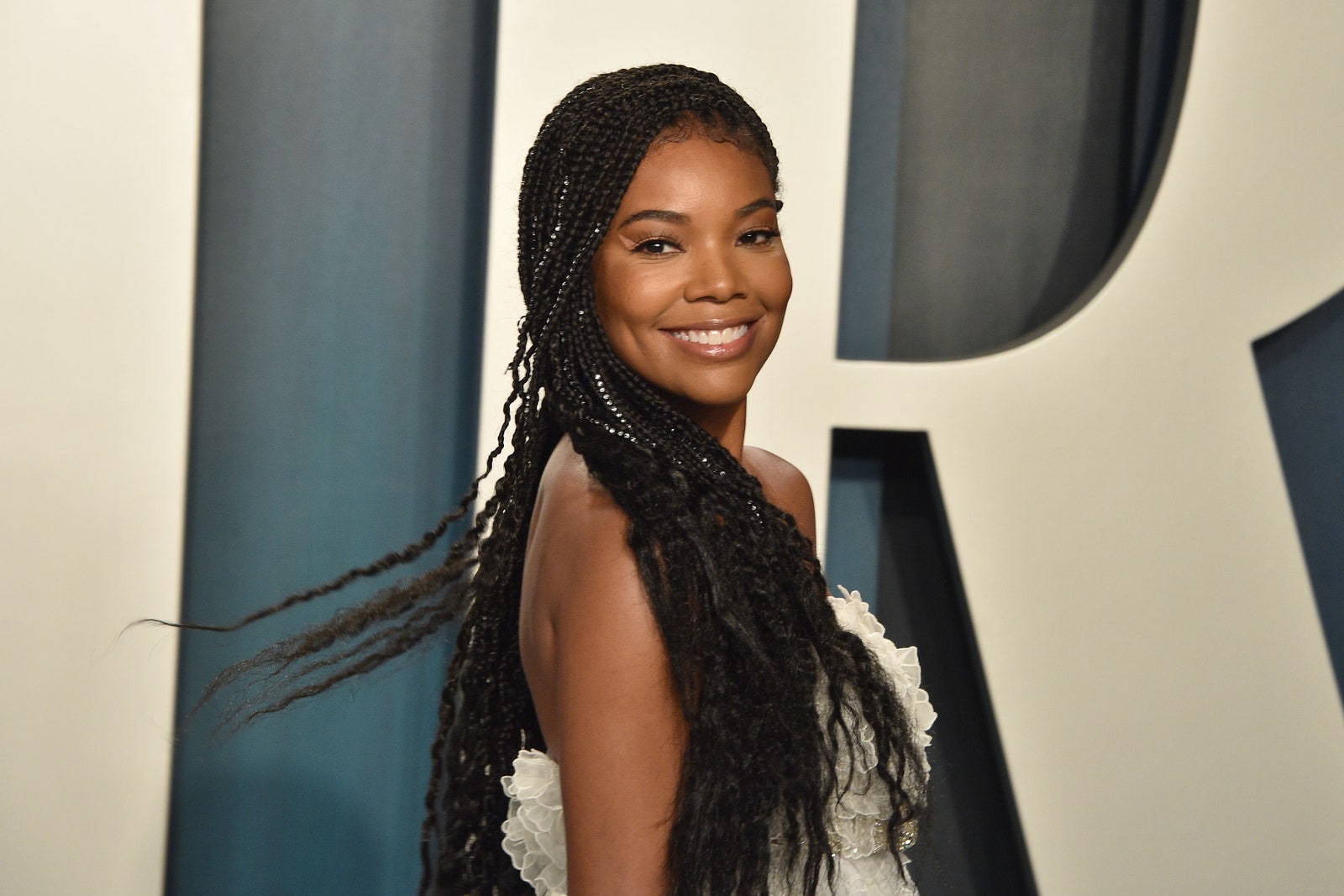 Actor, author, and activist Gabrielle Union has long been vocal about her struggles with infertility, as well as the root cause of her multiple (eight or nine) miscarriages: adenomyosis. Similar to endometriosis, Union’s condition causes lining to grow inside her uterine wall rather than outside the uterus. Sometimes referred to as internal endometriosis, it also causes pain, nausea, and heavy menstruation. 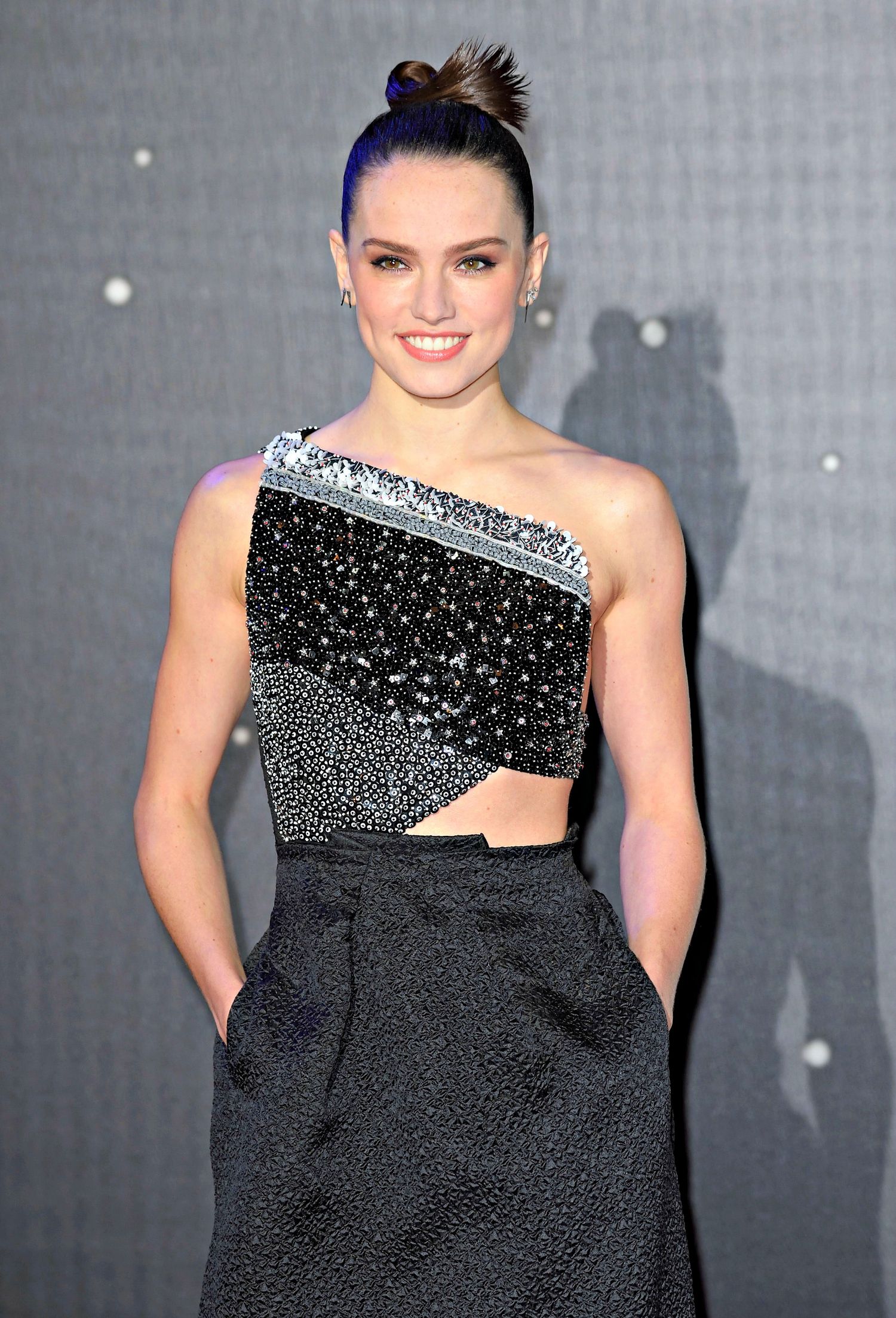 Daisy Ridley, 27, has been living with endometriosis for over half her life, having been diagnosed at the young age of 15. In a since deleted Instagram post, the Star Wars actor revealed that she’d undergone laparoscopic surgery for the condition, and that her pain returned years down the line (though not as bad). She also urged others to do what they could to see doctors and specialists in order to receive a diagnosis rather than suffer in silence. 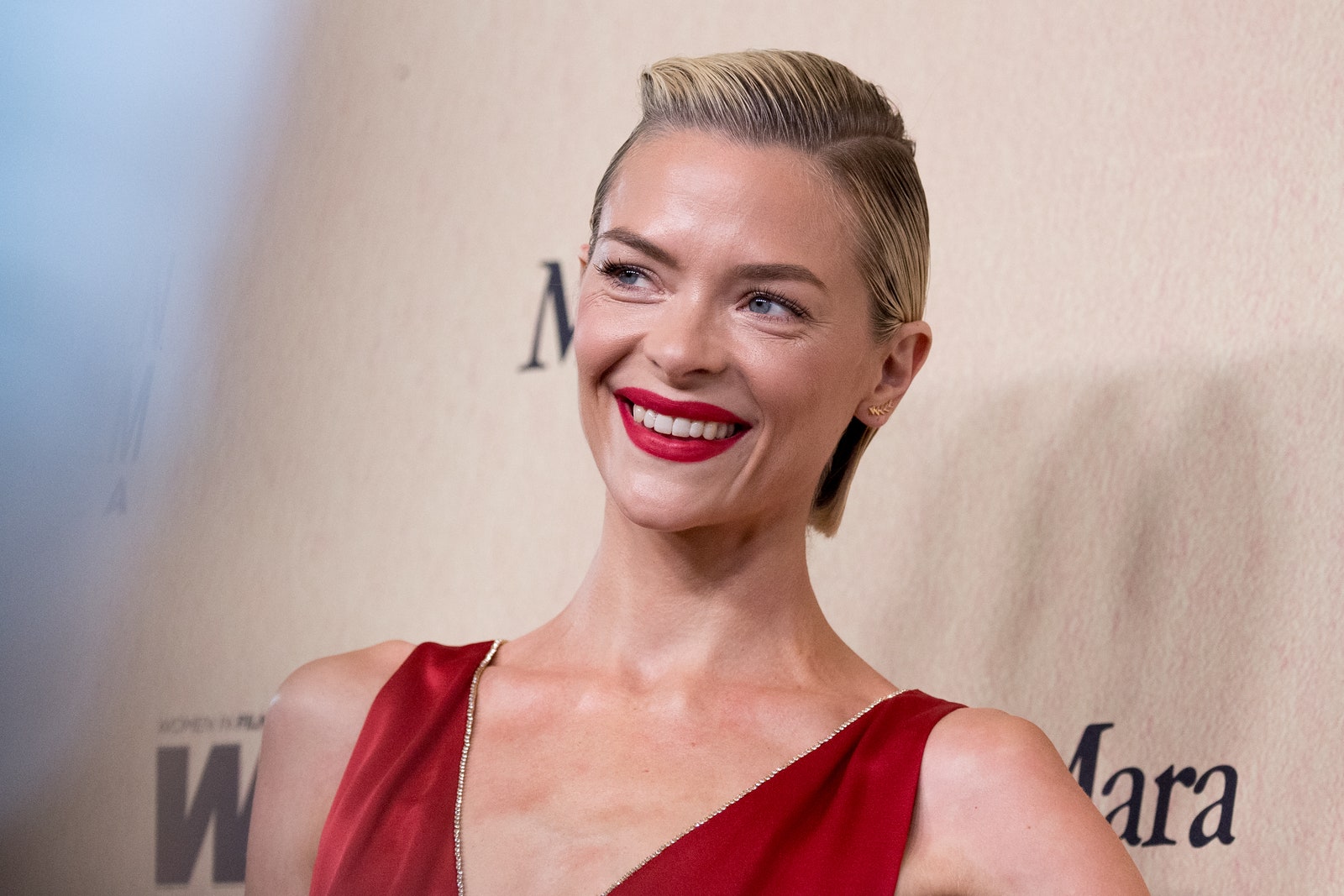 Model turned actor Jaime King has had a complicated relationship with her period since she was a young girl. In a video for Glamour, King revealed that she didn’t receive a diagnosis to explain all her symptoms (including heavy menstrual bleeding and pain in regard to anything sexual) until she turned 28. “I’d gone to nine different doctors before that, every doctor had something different to say,” she shared—an experience many with endo can relate to. 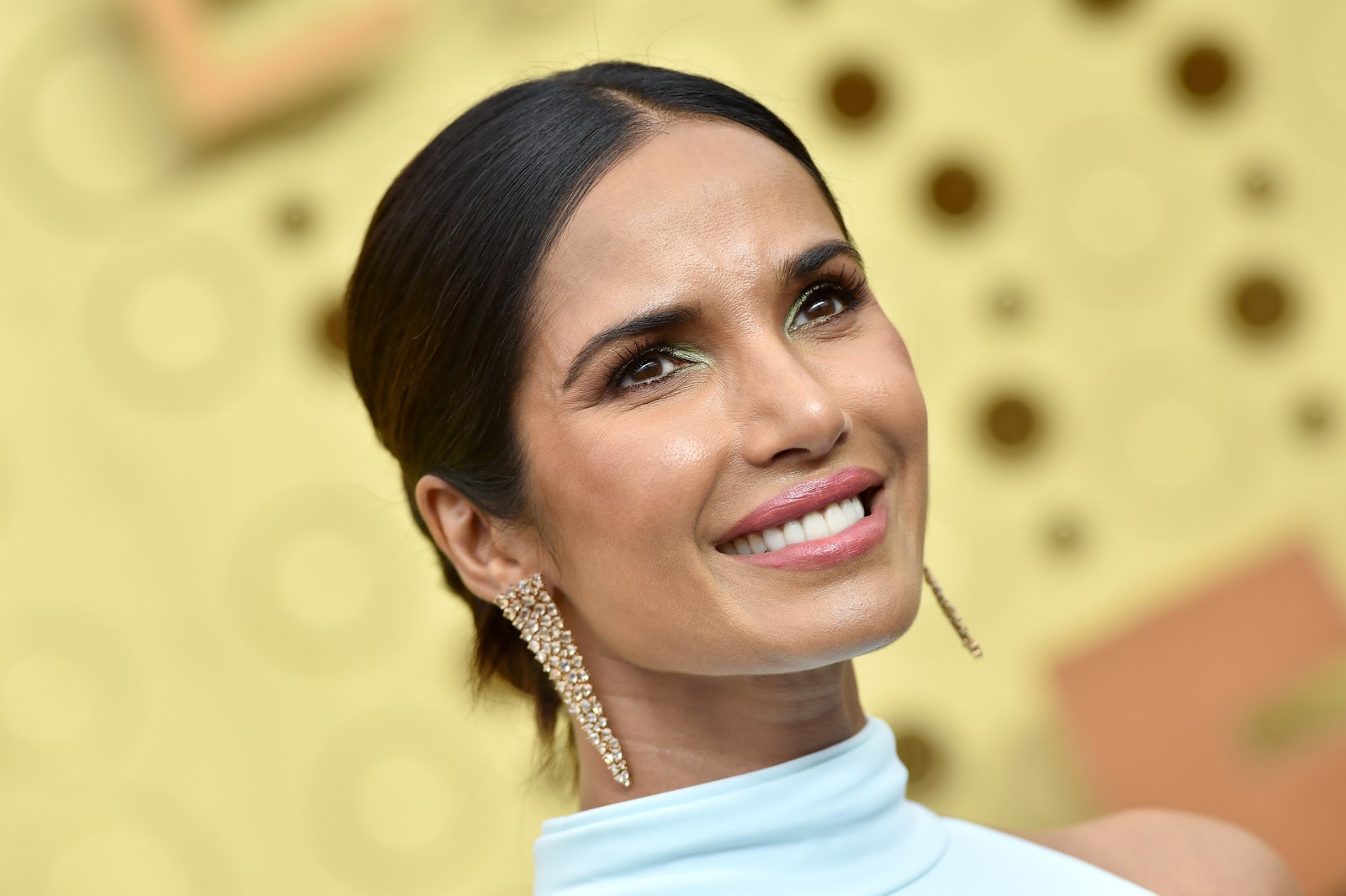 We can’t talk about celebrities with endometriosis without giving heavy recognition to Padma Lakshmi. The actor, author, model, and show host says she went on birth control in her 20s in hopes of alleviating the symptoms she experienced as a teen, but struggled for years and at one point needed surgery to unwrap endometrial tissue off her small intestine. Lakshmi finally received a diagnosis from an advanced gynecological surgeon at Lenox Hill Hospital, Tamer Seckin, M.D. She and Dr. Seckin went on to cofound the Endometriosis Foundation of America, an organization committed to raising awareness, providing proper training to doctors, and more, all in the name of helping individuals with the disease. 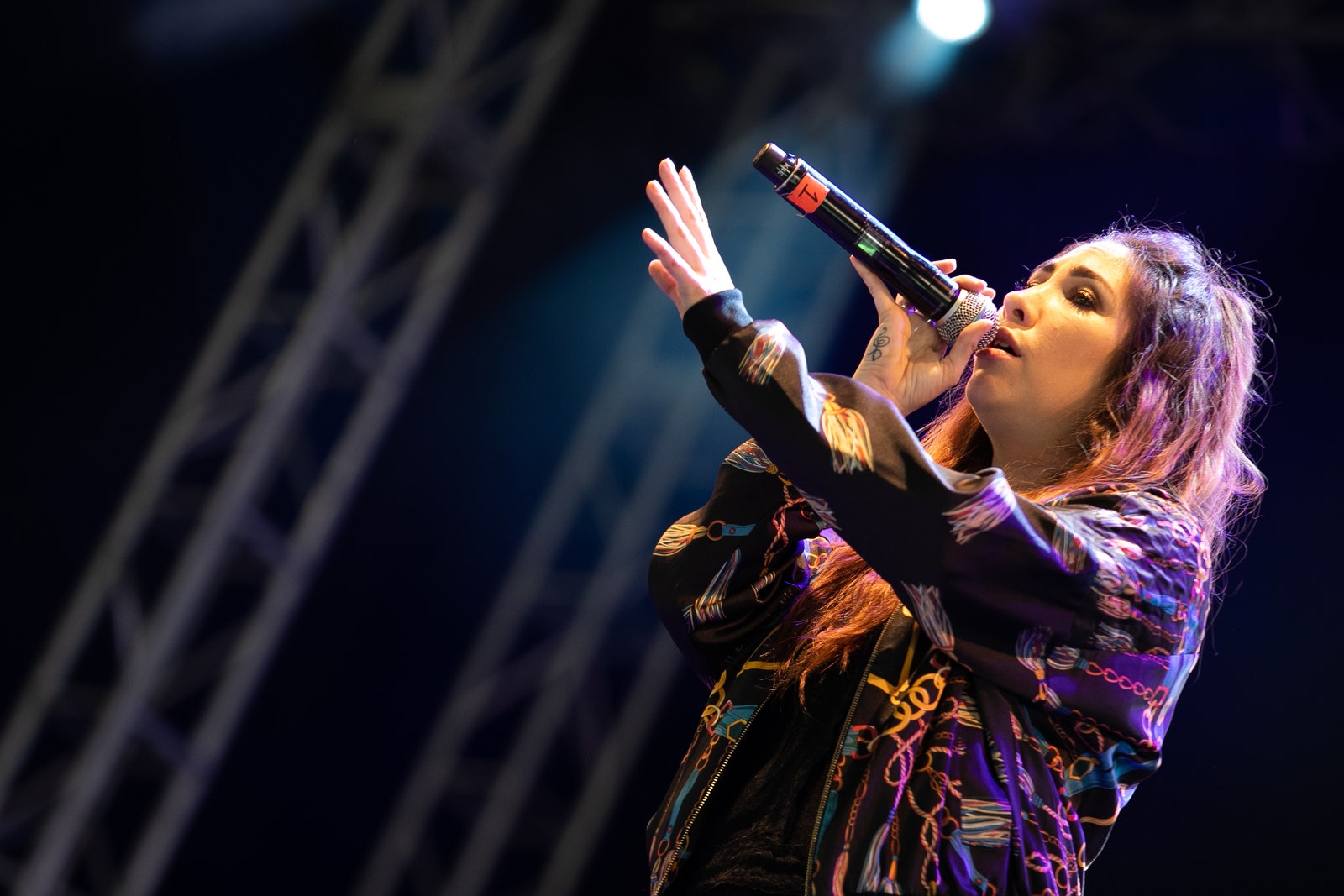 In early March 2020, Irish singer-songwriter Ruth-Anne Cunningham made an impactful post on Instagram, revealing what it feels like to live with endometriosis. The 34-year-old’s image revealed her abdomen with body paint to show how the condition can feel like barbed wire, with words written all over that describe the types of symptoms it can cause, including infertility, scars, and pain, among others. 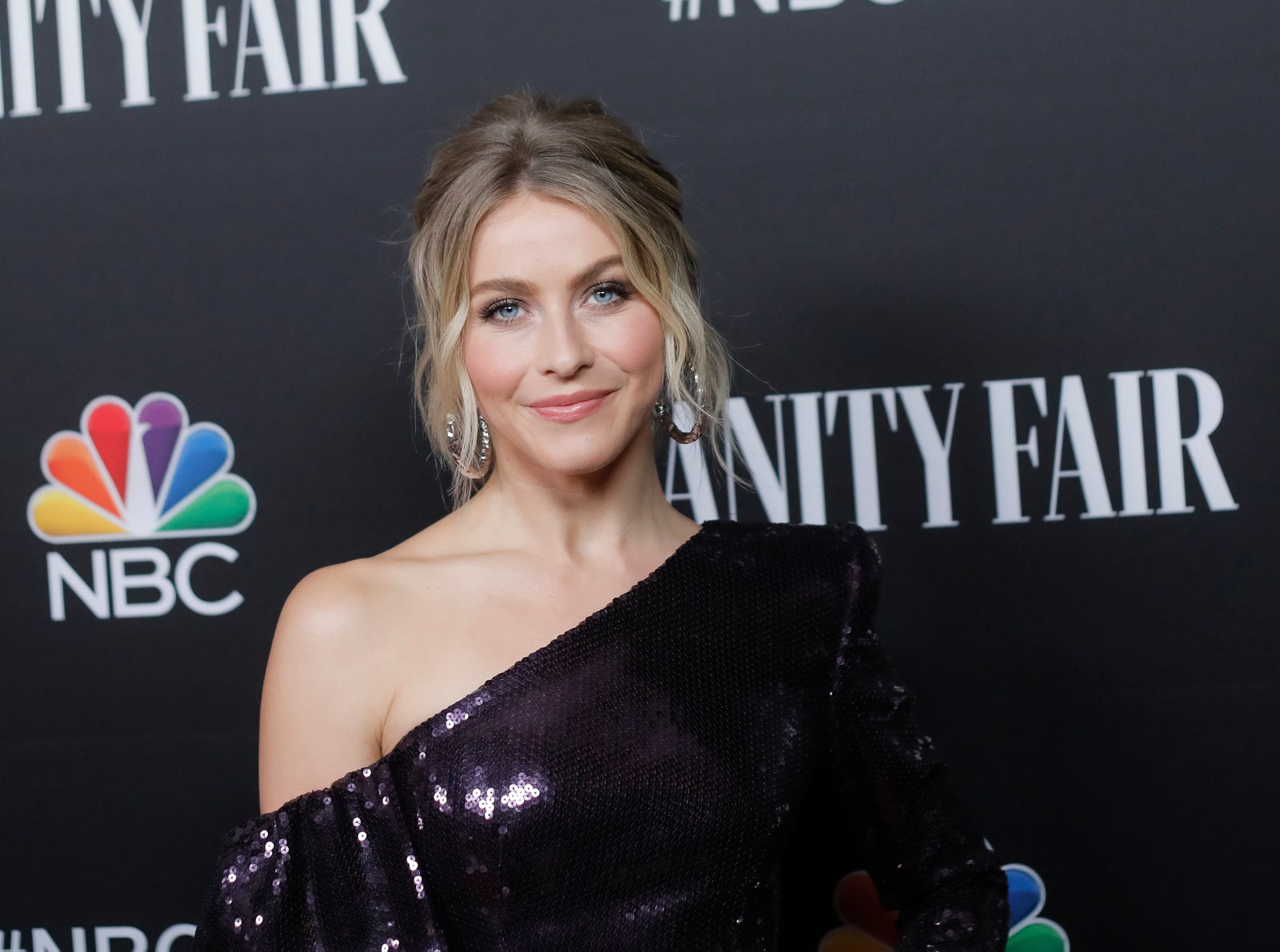 Dancer, singer-songwriter, and actor Julianne Hough has been speaking publicly about her battle with endometriosis since 2008. Hough, who was then just 20 years old, was rushed to surgery when doctors found endometrial tissue outside her uterus, including on her appendix and right hip. Since then, the Dancing With the Stars champion continues to discuss this difficult condition, including the lifestyle changes she’s made to help her through the pain. “Being educated and understanding what I have makes me feel powerful,” she told Glamour. “Not understanding it, ignoring it, and saying I was fine put me in a weaker position." 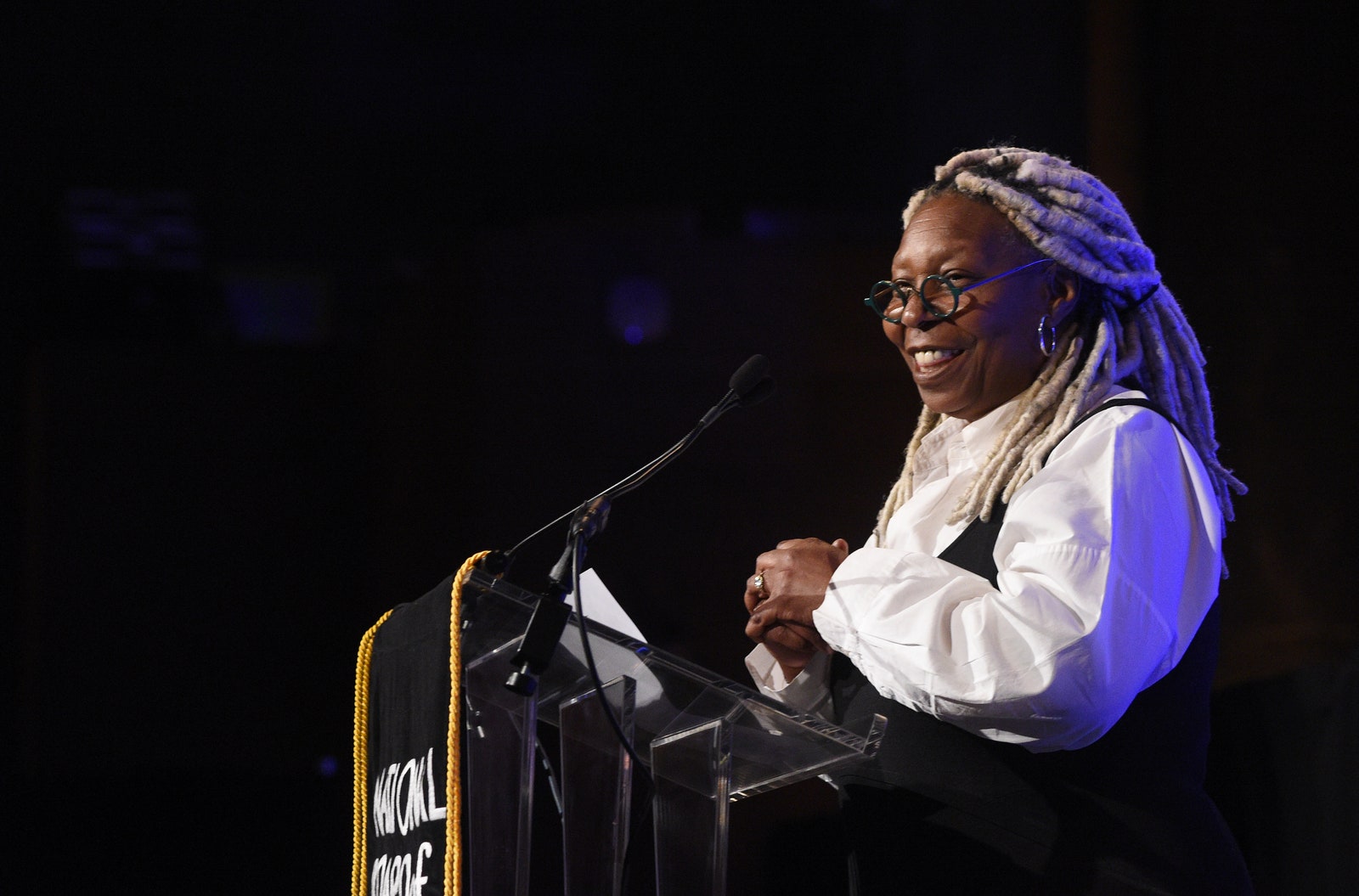 Comedian and all-around powerhouse Whoopi Goldberg has been speaking out about endometriosis for over a decade now. The EGOT-status entertainer opened up about it at the Endo Foundation's Blossom Ball back in 2009. Some years later, Goldberg went on to create a cannabis product line aimed at helping individuals with menstrual pain, including endometriosis. Sadly, the line has been discontinued, but no doubt Goldberg and her products helped many (as well as helped raise awareness on the realities of menstrual issues and pain management). 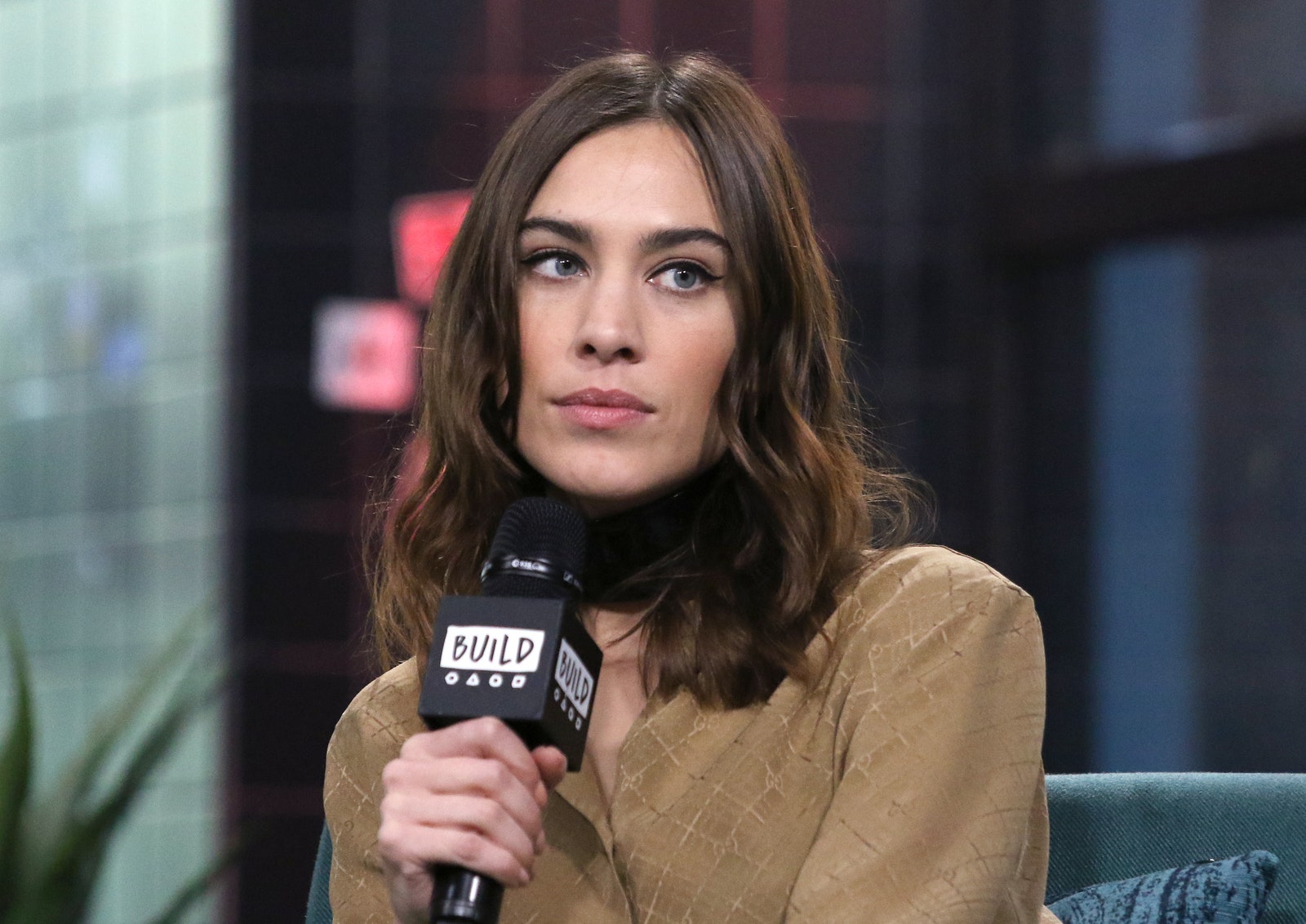 Just last year, fashion designer and television personality Alexa Chung disclosed that she, too, was part of the “club” of individuals living with endometriosis. In an Instagram post, the 36-year-old Next in Fashion cohost used hashtags like #endometriosisawareness and #lifelongmembership to raise awareness of this currently incurable disease. “I’m lucky because I felt much better after surgery, but I know that’s not the case for everyone and may not be the case forever,” she posted about the condition. 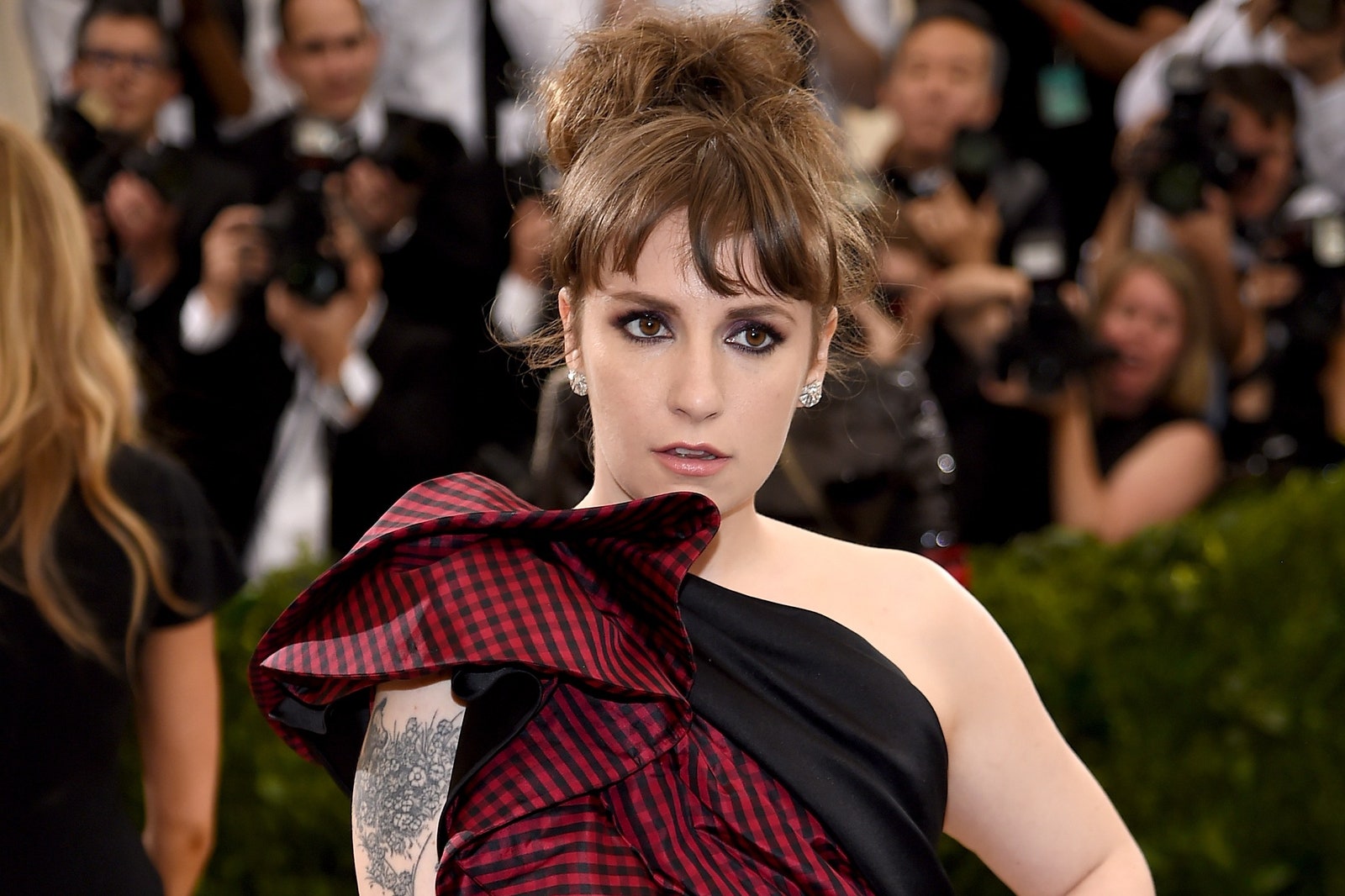 Actor and author Lena Dunham has spoken at length about her struggles with endometriosis for many years. The Girls creator first revealed her condition in 2015, and two years later underwent surgery to reposition her ovary (one of numerous she would have over a decade). Dunham wound up having to have more surgery the following year—this time a hysterectomy. Dunham went public once more with her journey in January 2020 and shared how she’s found peace since her final surgery. 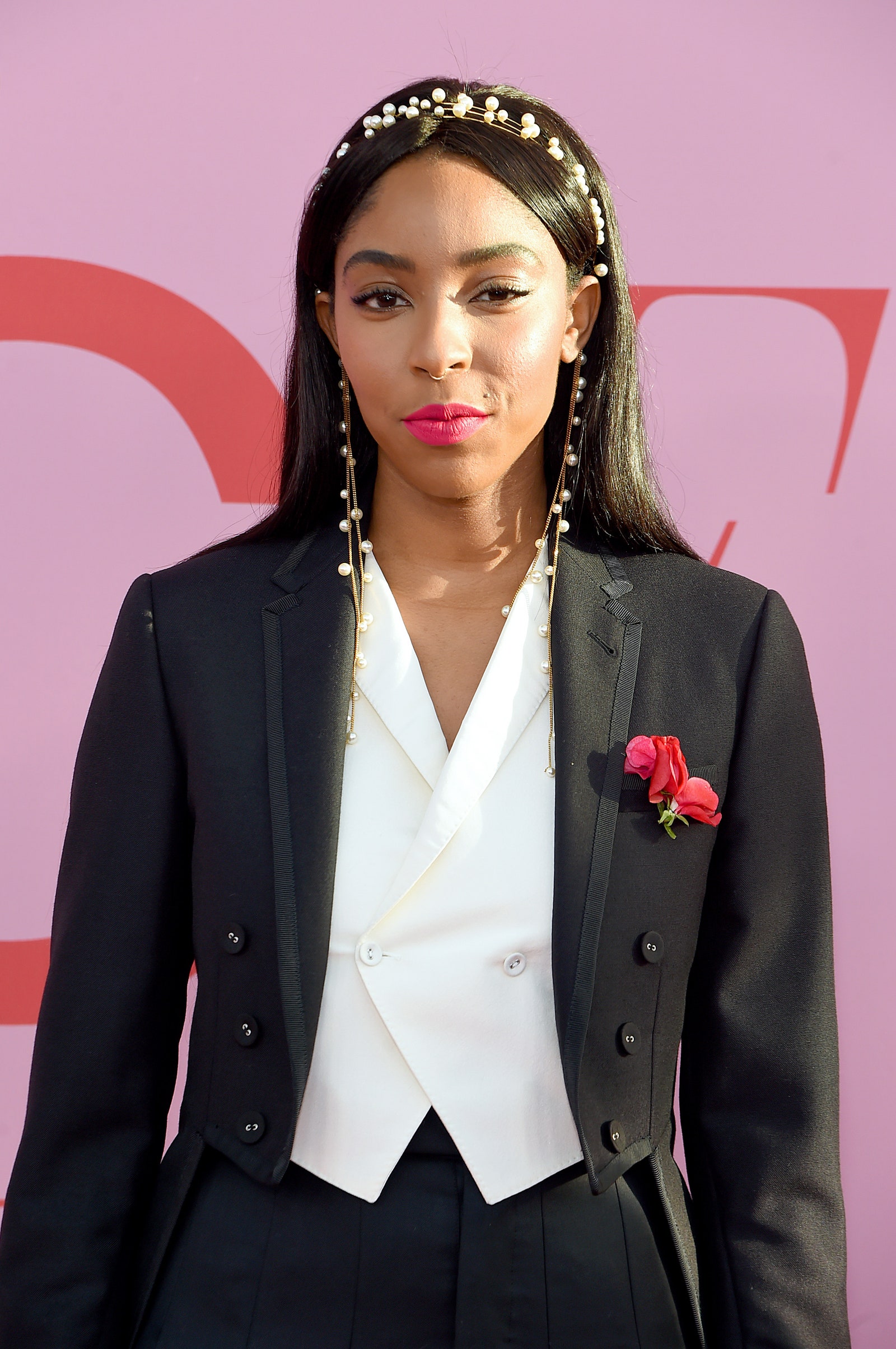 Actor and comedian Jessica Williams got real about the complications of diagnosing endometriosis and her own struggles in an Instagram post back in 2018. The 2 Dope Queens cohost had this to say about it: “People have a hard time believing women are in pain and they especially have a hard time believing that women of color are experiencing pain. So it may take multiple doctors to even get an endometriosis diagnosis.” The Incredible Jessica James star’s comments have been proved time and again, and it’s not surprising to consider in regard to endometriosis. 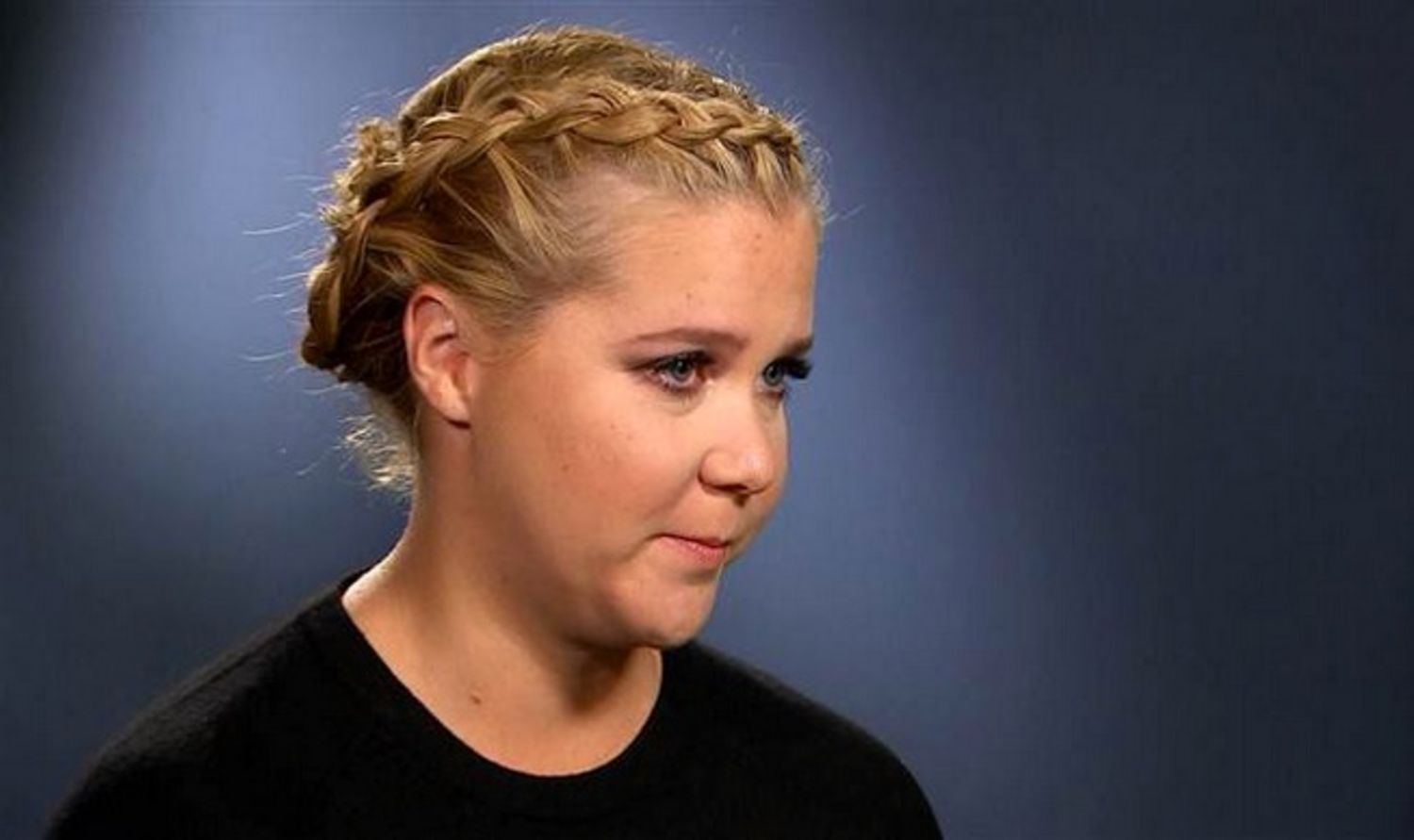 Amy Schumer had plenty of serious and scary things to say when it comes to how endometriosis has affected her life. The actor and comedian discussed her complicated pregnancy on Dr. Berlin’s Informed Pregnancy podcast, explaining how she struggled with hyperemesis gravidarum and that endometriosis caused her C-section to go on for three hours. Schumer explained that her doctors hadn’t even expected her to be able to carry a pregnancy to term due to the severity of her condition. Despite a painful recovery, Schumer shared an Instagram post stating it had still been the best year of her life. 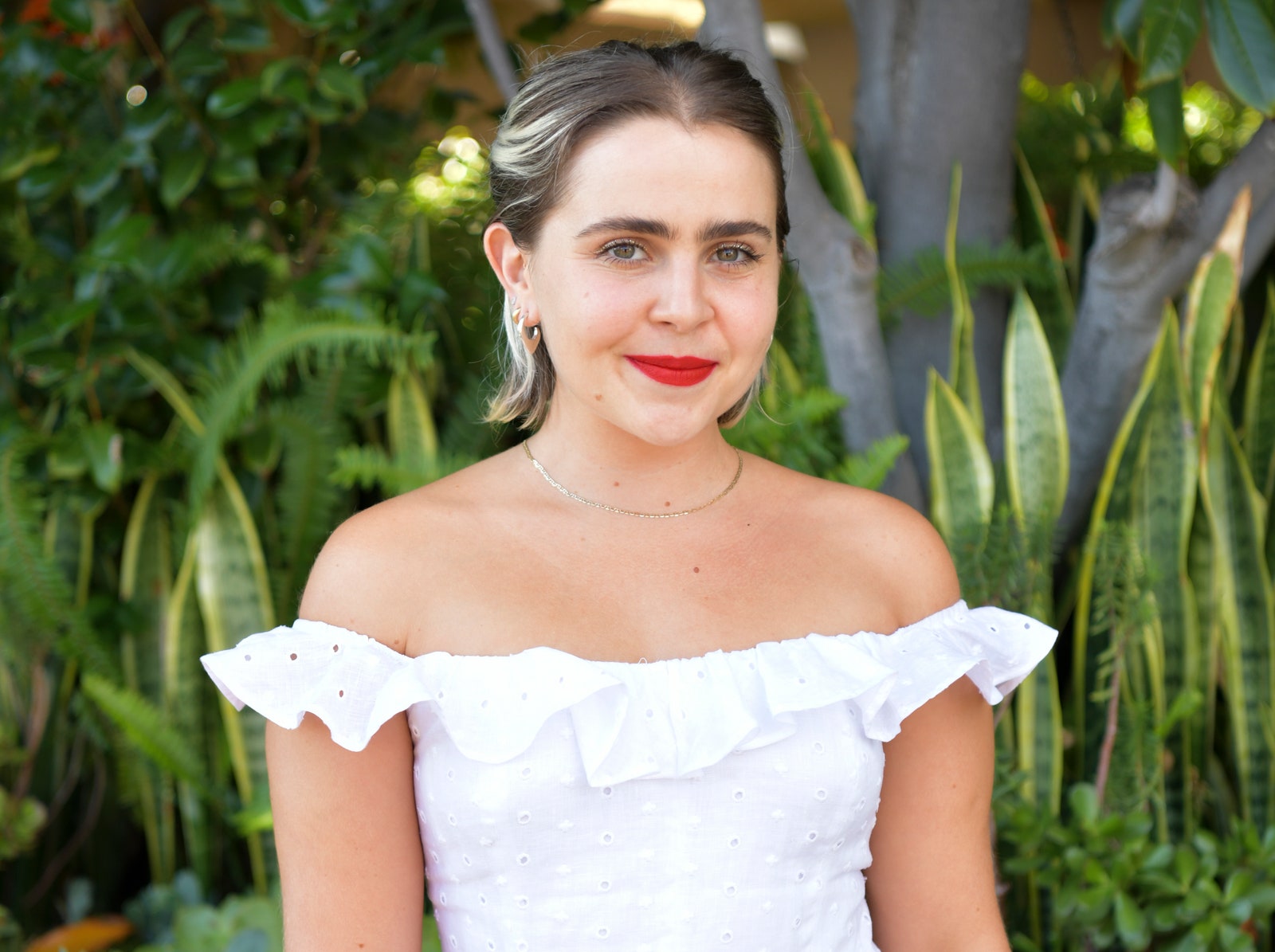 Actor Mae Whitman opened up about living with endometriosis in an Instagram post in 2019. “Basically anyone that even vaguely knows me knows this one thing about me: I have had for my entire life, the MOST violently painful extremely intense pain with every single period,” she wrote. The Good Girls and Arrested Development star praised her doctor, Iris Kerin Orbuch, M.D., who cowrote a book with physical therapist Amy Stein called Beating Endo. Whitman shared that, thanks to Dr. Orbuch’s surgery, she was finally feeling hopeful about a future free from the pain she’d experienced for 20 years.