Paul Staehle and Karine Martins Staehle have always had a rollercoaster relationship. But in recent episodes of 90 Day Fiancé: Happily Ever After, things between the new parents have been worse than ever after they moved from Karine’s home country of Brazil to Paul’s home state of Kentucky in the U.S.

In a new 90 Day Fiancé: Happily Ever After episode, Paul’s mom, Mary Staehle, visited the couple and their infant son, Pierre—only to find Karine silent and unwilling to speak to her mother-in-law. Both Mary and Paul worried that Karine might be planning to head back to Brazil without her husband. 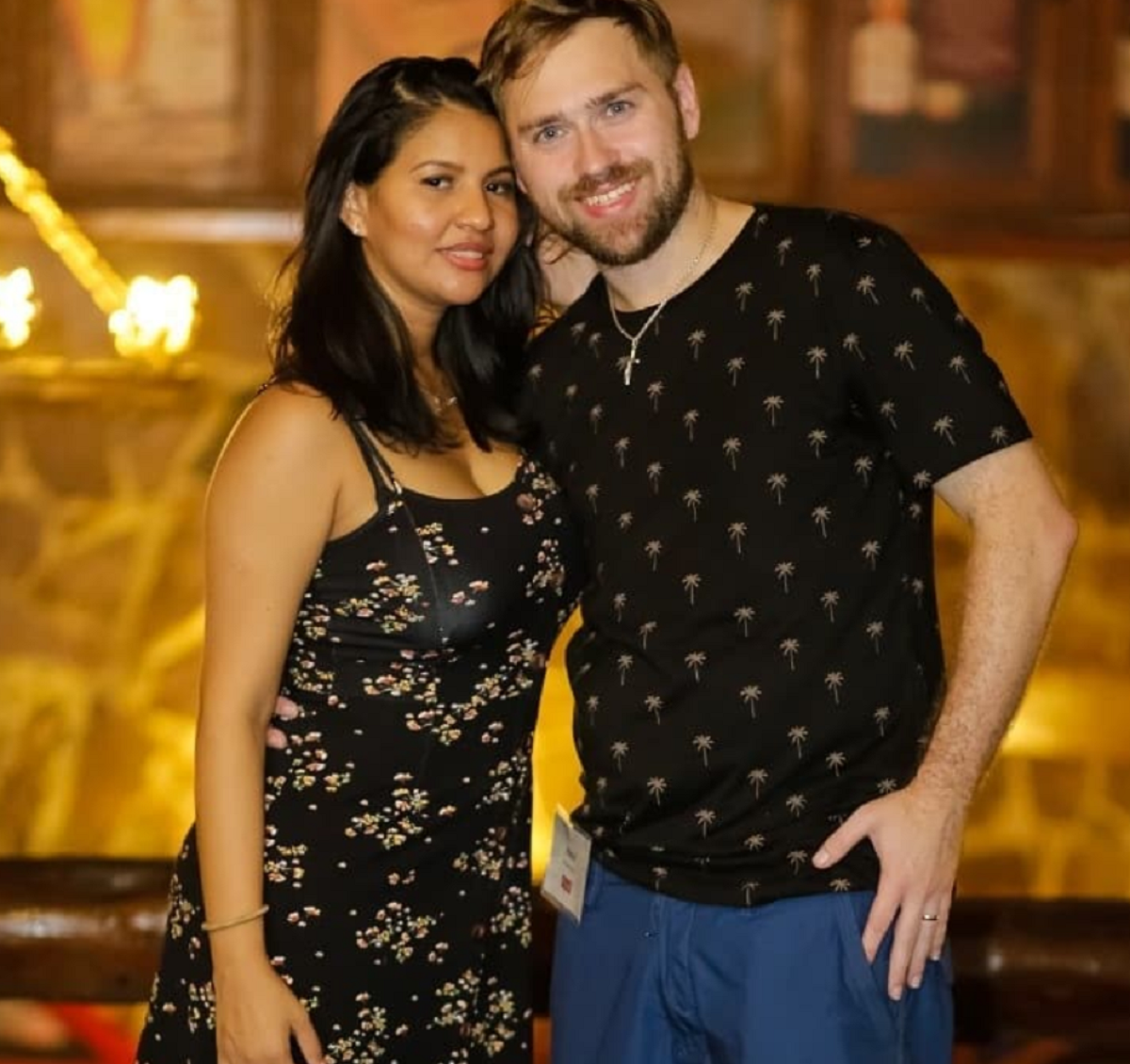 Paul claimed that Karine had recently been having ‘mood swings’

On the most recent 90 Day Fiancé episode, Paul worriedly paced outside the bathroom of the small home he shared with his wife in Kentucky. He explained that Karine’s “mood swings” had gotten worse in recent weeks, and she often locked herself in the bathroom—sometimes for hours—before reluctantly coming out.

Paul desperately tried to get Karine to join him, as his mom, Mary, was soon coming over to visit the couple and baby Pierre.

“I’m not sure what’s going on right now,” the 90 Day Fiancé star told producers, “if Karine’s mad at me, if she’s mad that my mom is coming over.”

“Every now and again, she does this,” Paul claimed. “She’ll go in there and lock herself in there for four, five, six hours. She’s been having a lot of mood swings lately, and I feel really bad for her.”

Paul tried to knock on the door and lure Karine out, but she didn’t budge at first. Finally, she came out of the bathroom, but she refused to interact with her husband—even when he asked her what was wrong and told her she “wasn’t being herself today.”

“No, Paul. No care,” Karine replied when her husband reminded her that her mother-in-law was on her way to the house. “It’s not my problem, Paul.”

And just like that… Then there was 3…..Photography by @otapacheco

When Paul’s mom arrived, with a platter of food in tow, things didn’t get much better. Karine told Mary that it “wasn’t her” before she stormed off on her own.

Paul wasted no time in recounting Karine’s “mood swings” to his mother.

“Does she want to go back home?” Mary immediately wanted to know.

“I don’t know,” Paul admitted, looking deflated at the possibility that his wife might return to Brazil on her own. “I hope not.”

Mary was understanding of Karine’s emotional state. She pointed out that Karine was living in a new country, where she didn’t know the language well, without much money, and as a brand-new mom to boot.

“I understand how she feels,” Mary told 90 Day Fiancé producers. “I mean, she’s got so much going on right now. It’s so different, and I’m sure she misses her mother.”

Despite Mary’s empathy for Karine, she had some concerns, too. She worried that Karine’s behavior was a sign that she might want to return to her home country.

“Paul needs to work on getting a job,” Paul’s mom argued. “Because if she’s doing stuff like this, it’s a red flag. It makes me think she’s not happy here and she wants to leave.”

As for Paul, he insisted that Karine’s moods had nothing to do with him.

“It is heartbreaking,” the 90 Day Fiancé star confessed. “I don’t want my wife to feel like this and be like this…I’m exhausted, you know, emotionally and physically exhausted.”

Karine . I am very blessed to have the honor and privilege to call you my wife. I thank god every day that he lead us both down the very crazy broken roads that ended with us meeting in the middle. While our road is still crazy we will navigate through this crazy journey of life now together. The road may get bumpy and have many unexpected surprises. But together we will stay on track. As we add our children to our current path who will one day grow up and take their own unique roads of life. I will forever be by your side until our road ends and if mine ends before yours. In spirit I will be with you to guard guide and watch over you until you too also finaly safely meet your destination. Happy one year wedding anniversary ❤

Paul’s mom is known among fans for being a straight shooter who doesn’t let her son get away with much. This was no exception—and Mary wasted no time in asking Paul if he was partly to blame for Karine’s turbulent emotions.

“Do you do things to aggravate her?” Paul’s mom asked.

“No,” the 90 Day Fiancé star insisted. “Usually I just give her space.”

In fact, Paul claimed that his wife wanted him to do “everything” for their child in addition to getting a paying job.

Mary wasn’t convinced of her son’s claims. “She’ll tell a different story, won’t she?” she asked.

Paul’s mom went on to tell 90 Day Fiancé producers that she had no doubt that Karine was upset about her son’s actions, at least in part.

“There’s always two sides to every story,” Mary asserted. “I’m sure that there’s things he’s done too that have aggravated her, too, that he doesn’t realize.”

Paul’s mother ultimately decided to leave, since it was clear that Karine wasn’t about to spend time with her anytime soon.

“I wish you’d get your s*it together,” Mary sighed to Paul as she left.

As for Paul, he was just as worried that Karine was on her way out of the marriage—and the country.

“I’ve seen Karine shut down before, but this is the worst I’ve ever seen her,” he declared. “What makes me really worry is that, if she had a chance to take Pierre and go back to Brazil, she’d do it in a heartbeat. She would just hop on a plane without me.”