He’s the stalk of the town.

At 101st Street between West End Avenue and Riverside Drive on the Upper West Side, Racey Gilbert has planted stalks of corn in a sidewalk plant bed — those in-ground plots usually reserved for sad shrubs or, worse, trash.

“This was an experiment,” the 79-year-old told The Post of his 10-foot by 5-foot urban microfarm.

He noticed the promising plot while moving into his nearby three-bedroom apartment a few months ago. “It was abandoned,” said the divorced father of four. And so he decided to plant corn — “one of the most important crops” — from a packet of seeds he bought for a few bucks at a local hardware store.

“I used to buy seed by the hundred-pound bag,” said Gilbert, who once grew vegetables on a 250-acre farm in Maryland.

Despite his experience, there were some city-specific setbacks, from the trash bags that got put out on top of his early plantings to pedestrians who didn’t seem to realize that what they were trampling on wasn’t weeds.

“I don’t know if people were doing it on purpose,” Gilbert said. “So I just put up a sign.”

Once he posted his plea — “Corn: seed growing. Please no walk” —  and the seedlings grew into stalks, neighbors started to take notice. “Everybody says it’s just the greatest thing,” said Gilbert.

He even found a neighbor who offered him his hose. (Gilbert had been hauling water to the plot.)

While he hasn’t implemented any anti-rat measures, he said raccoons are his chief concern: “We’ll see if they show up.”

Five of the 14 seeds he planted “came to tassel,” the term for the silky fibers that grow out of the husks, yielding one ear of corn each, which he’ll harvest sometime in the next two weeks “before the raccoons do.”

The sidewalk plot is technically city property, although building owners and good Samaritans are encouraged to beautify the medians. Trees are highly regulated, but there’s not much literature when it comes to grains and grasses. Gilbert, meanwhile, said he’s working on getting a license from the Department of Parks and Recreation to install a short fence around the plot — and maybe try planting chrysanthemums next.

“I just wanted to see if this would work,” Gilbert said of his little farm project. “Now that it has, I think 10 blocks of Park Avenue would look great in corn.” 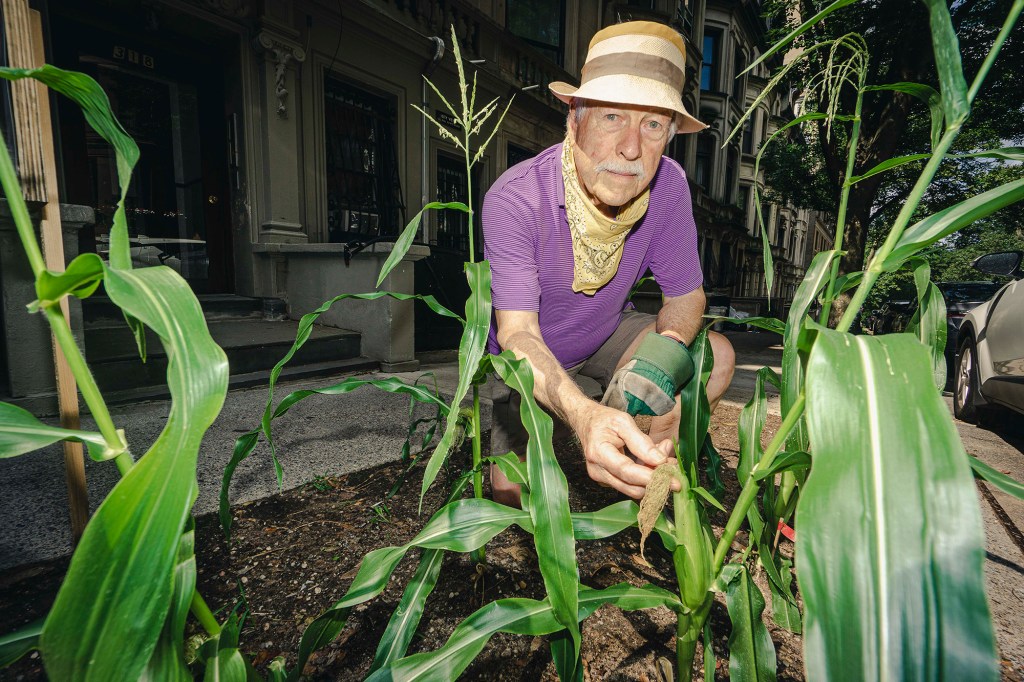 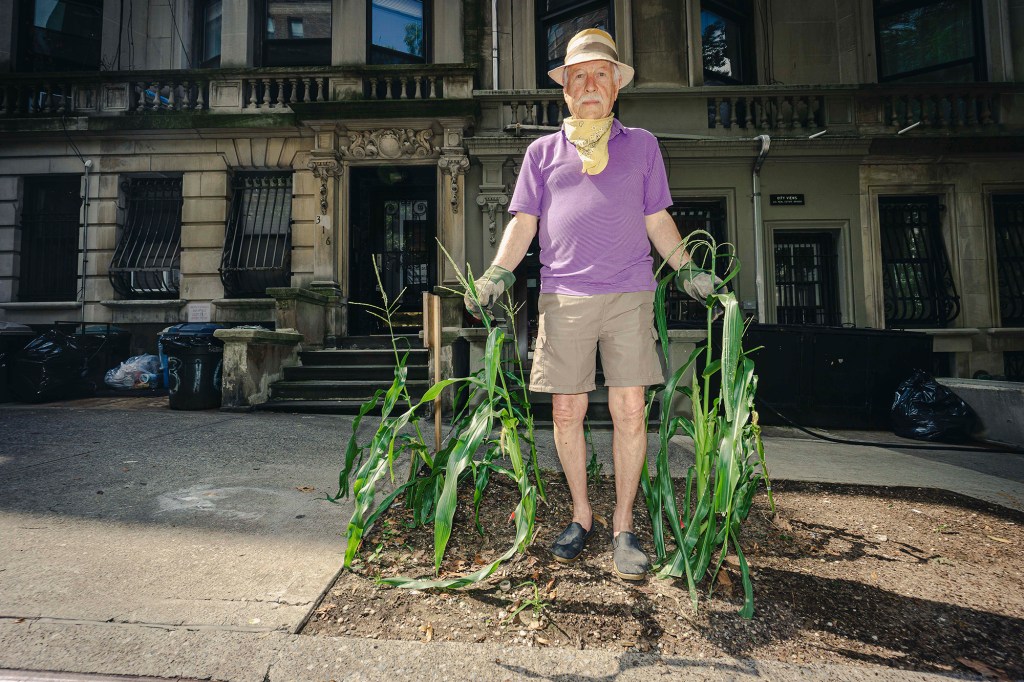 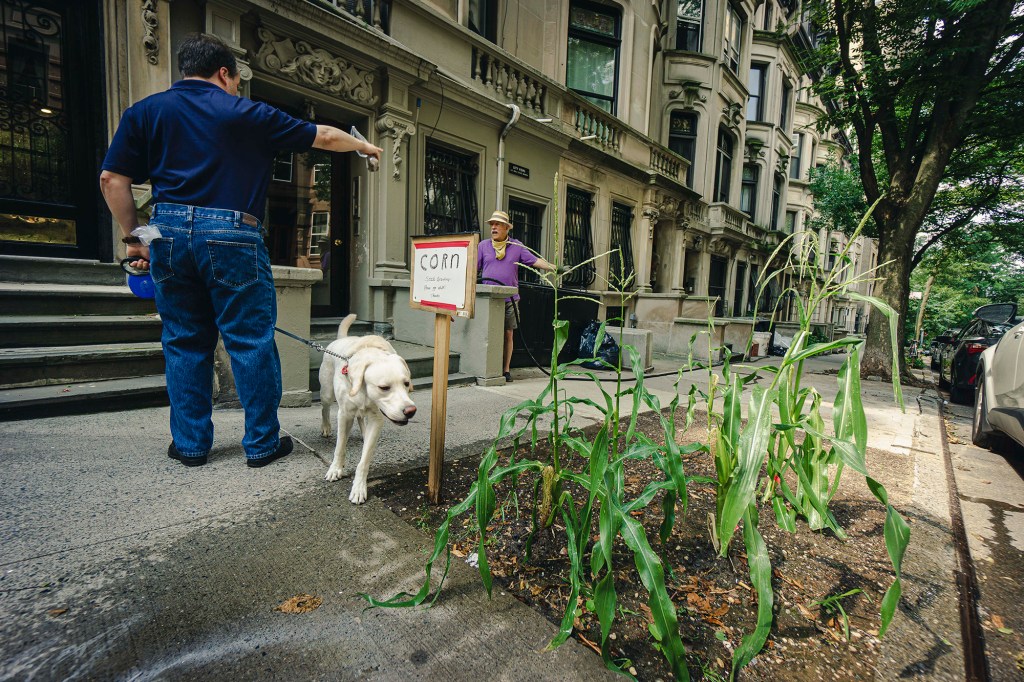