A self-described troublemaker, Kate Jennings was one of our finest writers

I was about 11 when I first noticed the name Kate Jennings on my parents’ shelves. It was on the book Mother I’m Rooted: An Anthology of Australian Women Poets.

The wooden bookshelf caught the sunlight through the window and was bathed in the honeyed glow of a seemingly permanent Whitlamesque afternoon, where wrongs were going to be righted and nothing in the future seemed unimaginable – except, of course, the world we’re living in now. 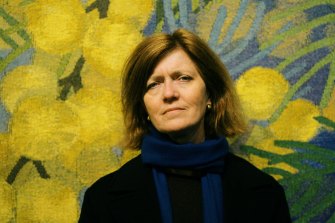 Kate Jennings was a self-described trouble maker and one of the finest writers of her generation.Credit:Rodger Cummins

I was lucky enough to come from a family of voracious readers who considered Jane Austen, the Brontes, Elizabeth Gaskell, George Eliot, Dorothy Parker and Cynthia Ozick great writers, not great women writers. So if Mother I’m Rooted was going to feel at home on any Australian family’s shelves next to The Little Red School Book in the early- to mid-1970s, it would be mine.

More than 30 years later, Kate and I were thrown together by circumstance. We were both Australian writers, politically progressive, who shared a disdain for certain types of literary criticism, with friend and publisher Nikki Christer in common, and we were some-time New Yorkers. In Kate’s case she spent more than half her life there while, after nine years, I chose to come back. But all of this was enough for us to find ourselves finally meeting in Melbourne, agreeing on nearly everything, me interviewing her as part of her book tour. Last Saturday she died.

Kate Jennings occupied an important position in Australian writing. Sharp, piercing, intellectually rigorous and scrupulously honest, no-holds-barred, incisive writing had been Kate’s trademark style irrespective of whether she was writing novels, poetry, essays or memoir. She was at the forefront of championing women’s writing at a time when this was a pretty courageous undertaking. Derided by the right and patronised by the left, she was abused and literally spat on for calling herself a feminist.

In addition to feminism, from her twenties onwards she championed other social justice issues through political action and her writing. With the same searing honesty and all-too-rare clarity of expression, she used her gifts to examine the strengths, weaknesses and personal behaviours of feminists, radical leftists, her fellow Australians and then her fellow New Yorkers. She even bravely used her considerable gifts to examine her own life, to examine herself. 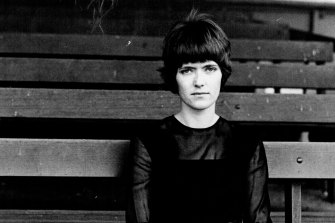 A country girl born to a difficult mother with never-to-be realised cultural aspirations, Kate nevertheless took her mum’s love of story and words and rode them to the University of Sydney, where she became a leading figure in the second wave of Australian feminism. It’s where she met, among others, the young poet Martin Johnston, son of writers Charmian Clift and George Johnston. In one of her more famous poems, Without Preamble: Martin Johnston 1947–1990, she juxtaposes their literary beginnings.

Twenty years ago, all bets were on you. Scion
Of genius, amply talented yourself, you were

The one for whom we had the highest hopes.
Your writing, dense with allusion, led us

To anticipate that you would be our Joyce,
Nabokov, Borges. Looking back I’d venture

We were perhaps too easily impressed
By your erudition, ours being a country

Where the word mandarin means only
An orange. Or a collar …

In the same poem she writes: 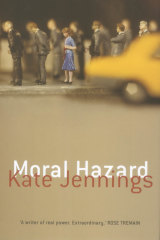 Men have learned not to scorn ambition
In the female sex, but it finds expression:

Blank eyes, fingers that have to be restrained
from thrumming …

She told me that Australians of a certain generation prefer to allude to “tragic lives” than to call out alcoholism. But in calling it that herself, she reckoned that, having caught the disease of her cohorts, she would have died of it with them had she not left Australia and got sober in New York in the late ’70s.

There she married the American photographer and graphic designer Bob Cato, famous for legendary album-cover art for Dylan, Miles Davis, George Harrison, The Band, and Johnny Cash among others.

An optimistic man, her husband was the most encouraging person she had ever known. “He taught me not to snarl,” she explained. It was writing that pulled her through the wrenching agony of his descent into Alzheimer’s and ultimately his death. What emerged from this pain was perhaps the pinnacle of her career, the slim semi-autobiographical novel Moral Hazard.

In the Moral Hazard reading notes she wrote, “I was commuting, it seemed, between two forms of dementia, two circles of hell … This is a novel about both terminal illness and moral illness; about an individual’s loss of memory and society’s forgetfulness regarding the things which really matter.

“Cath is forced to take a job as a speech writer for a large corporate financier in New York, when Bailey, her husband, is diagnosed with Alzheimer’s disease, in order to finance his increasingly onerous need for treatments and palliative care. As she becomes immersed in two worlds of madness she has trouble holding her own fragmented existence together. The lack of morality which she witnesses in her workplace echoes the lack of empathy she witnesses in … [the] health care system …”

Internationally, the book was considered one of the novels of the year. When I put to her that Moral Hazard was, in my opinion, one of the greatest Australian novels of the previous half century, she asked whether Australia had the maturity to claim and embrace something whose only connection to Australia was the nationality of its author, a nationality that was, in her case, now shared. For only as long as her words hung in the air, it was as though she was daring the whole country to embrace her.

For those members of book clubs with a disproportionate say in their colleagues’ choice of books, why not resist the tyranny of the new and wade into the splendour of Moral Hazard? Kate Jennings was a self-described troublemaker, a path-breaking woman, and an Australian. She was also one of the finest writers of her generation.

Elliot Perlman is the author of The Street Sweeper and, most recently, Maybe the Horse Will Talk.