Amazon revives an Echo we all thought was dead (with a cheaper price too!) 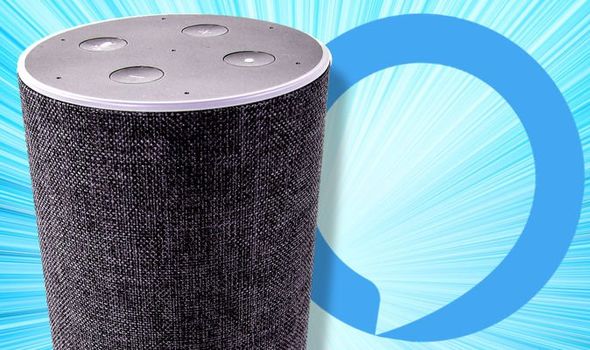 Amazon has unexpectedly revived an Echo product widely-believed to be discontinued. The Echo Spot – to date, the only Alexa-enabled product with a circular touchscreen – was designed primarily to be a smart bedside clock. Talkative voice assistant Alexa allows Echo Spot owners to turn off smart lights, check the latest headlines and weather without moving from beneath the duvet, while the built-in camera meant it was ideal for video calls to smartphones and other touchscreen Echo gadgets.

The Echo Spot was unveiled back in September 2017. In our review at the time, we praised the friendly rounded design and the convenience of having a smart assistant at your beck and call when you wake-up… but the addition of the camera, which can’t be covered with a piece of tape for extra privacy as it stops the ambient light sensor and means you’ll be left with a glaringly bright screen illuminating the bedroom all night, made us uneasy.

The follow-up to the Echo Spot, the Echo Show 5, solved this issue by including a small shield designed to slide in front of the camera whenever it’s not in use. That means you can make video calls to friends and relatives when needed, or you can keep it a voice-only smart device.

Echo Show 5 has a larger five-inch touchscreen than the Echo Spot, which has a diminutive 2.5-inch display. 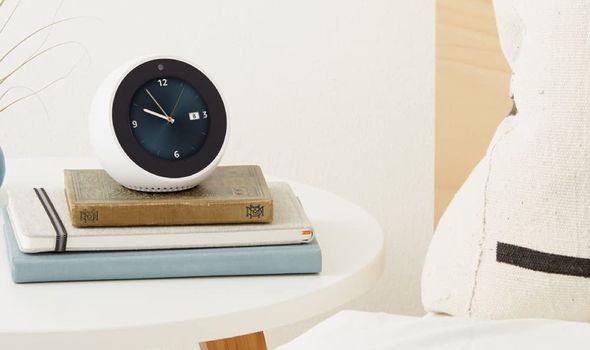 In the marketing materials on Amazon’s listing, the company shows the Echo Show 5 on a kitchen work surface displaying a recipe as well as on a desk to help working from home. That’s not something the Echo Spot would necessarily excel at. Amazon also launched the Echo Dot with Clock last year – a small Hockey Puck-like speaker with a digital clock that doubles-up on much of the functionality of the Echo Spot (except for the customisable photo background, and the video calls).

However, if you’d rather something a little more compact with a friendlier appearance, the Echo Spot still has it’s place. 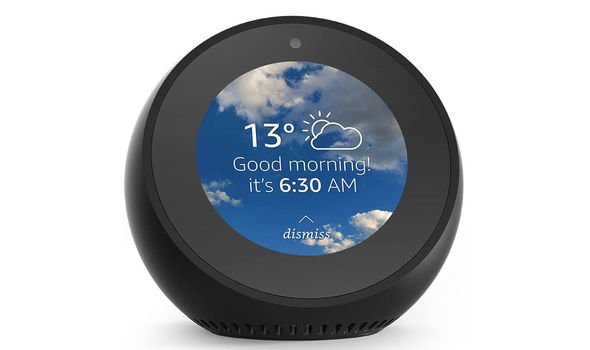 And you’ll be pleased to know that it’s now back on Amazon after a prolonged hiatus.

While the Echo Spot originally sold for £119.99, the smart bedside clock is currently available for £79.99. While that’s an undeniable bargain compared to the original RRP, it’s worth noting that the Echo Show 5 is currently on-sale for £59.99.

Express.co.uk approached Amazon to find out why this discontinued product suddenly resurfaced on its retail pages.

Apparently the company found some additional inventory, so decided to bring it back. Quite how many the US retail firm stumbled across during its spring clean is unclear, so if you’ve wanted to get your hands on the Echo Spot for a while, you should probably add it to your basket sooner rather than later.