Andrea Bocelli is on the way to building a showbusiness dynasty. He is already the best-selling tenor in the world. His nine-year-old daughter Virginia became a global sensation last year after they duetted on a stunning live-streamed version of Leonard Cohen’s Halleluyah. Youngest son Matteo came to fame singing Fall On me with his father, but he has been busy quietly (and shyly) building his own solo career. Starting with his first nerve-wracking solo performances. SCROLL DOWN TO WATCH THE FULL PERFORMANCE

One year before, in 2016, legendary producer David Foster asked Andrea if 18-year-old Matteo would come on stage for an impromptu performance at the annual Celebrity Fight Night gala in Italy. The star-studded audience included Nicolas Cage and Queen Rania of Jordan.

Andrea said he didn’t think his son would, telling the audience “David is crazy.”

His wife Veronica, Matteo’s step-mother, later explained: “I did not think he would do it. No way. But he put his all into it and took to the stage. I was so touched by the fact that he had accepted because he had to overcome his extreme shyness.”

It was his first live performance before an audience, yet within a year he was already a guest of honour in David’s native Canada at another glamorous event. 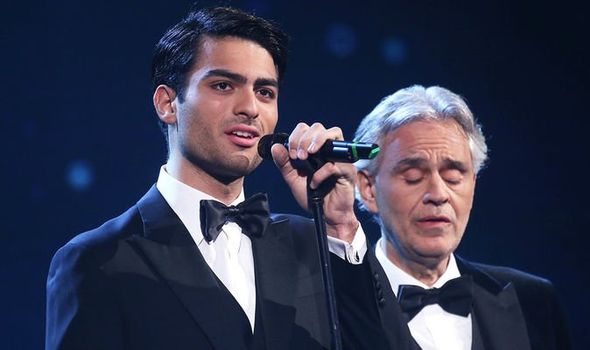 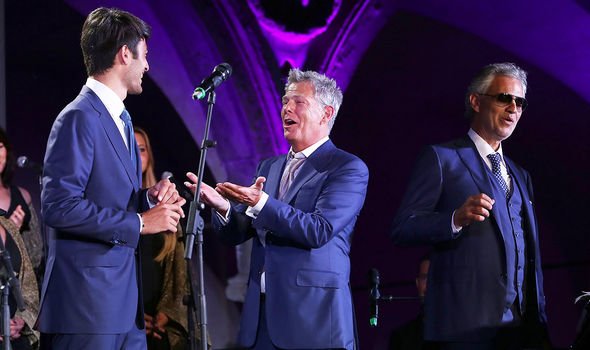 To have David Foster’s seal of approval is priceless in the music industry.

He hasn’t just produced many of Andrea’s blockbusting albums and filmed concerts over the years. He has delivered major hits for stars like Barbra Streisand, Celine Dion and Whitney Houston.

It’s hard to stress his importance, as much for his producing skills as for his eye for talent. David spotted young Irish group The Corrs and produced their debut album, as well as star-making ones for Josh Groban and Michael Bublé.

He was involved in American Idol (eventually marrying contestant Katherine McPhee) and has won 16 Grammys.

Yet Matteo has known him since he was a child and regards him as “family.” 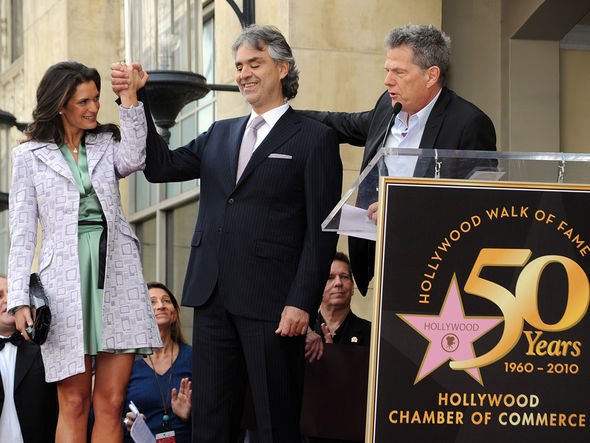 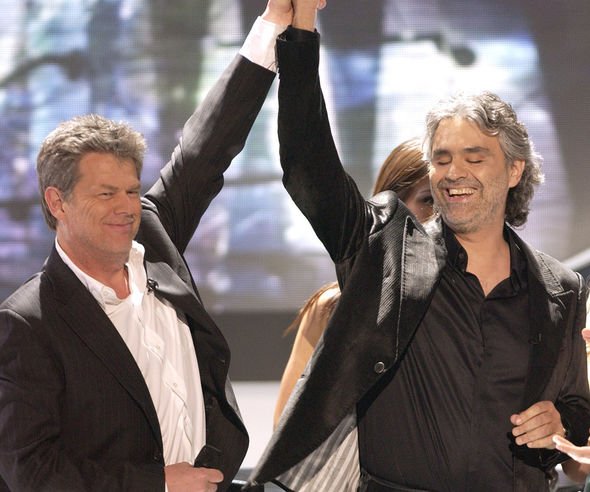 Matteo said: “I was very young so probably I didn’t even realise (he was) such a huge artist. He is a very big friend of ours, so I’ve known him since I was very little, and he’s an important figure in my career.

“He is the one that for real pushed me on the stage for the first time in front of an audience.  I always say, ‘Thank you, David because you are the one that launched me for real.'”

DON’T MISS
Elvis Graceland: Incredible first and last thing The King did at his beloved Memphis home
Elvis death The heartbreaking final thing he did with fiancee Ginger
Andrea Bocelli: The spectacular first time he sang Con te Partiro BEFORE he was famous

Matteo performed at the 2017 David Foster Foundation Miracle Gala in Vancouver,just days after his 20th birthday. The red carpet was hosted by Oprah Winfrey and major stars like Steven Tyler and Reba McIntyre took to the stage.

He said: “I have beautiful memories with David Foster. He has been the one that threw me on the stage for the first time.”

WATCH MATTEO BOCELLI’S FULL PERFORMANCE BELOW (FILMED FROM THE AUDIENCE)

The young rising star also admitted he had to battle his own shyness in the early days.

He said: “I was very nervous, not only because I was singing in front of so many people and I wasn’t used to it… but with the passage of time, you get used to it.

“Today I’m pretty quiet and I think it’s right to always have a little fear because it means you care about what you are doing.”

He also has David Foster in his corner as he prepares to release his own debut album, which he has promised fans will arrive in the next few months.