The Portuguese international missed a penalty in his previous outing against AC Milan, and he once again failed to deliver as the Old Lady lost on penalties against the Partenopei. 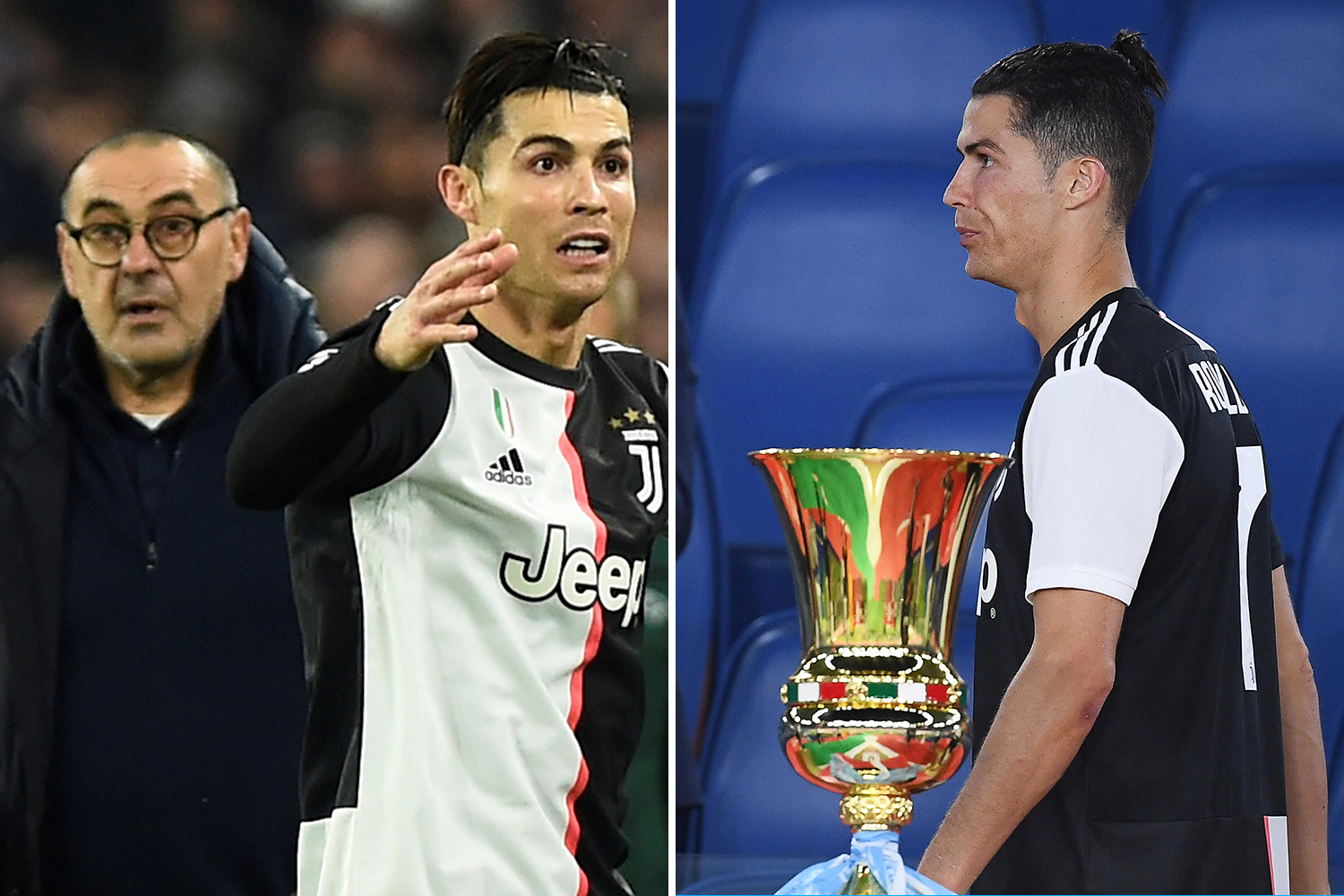 After a goalless 90 minutes, the Coppa Italia final went to a shootout, with Napoli winning 4-2, and Ronaldo unable to take the fifth spot-kick.

Speaking about the five-time winner's performance after the match, Sarri told RAI: "He's in the same shape as the others, like Paulo Dybala and Douglas Costa, he is lacking the sharpness to do what works best for him.

"I didn't say much to the players after the game. I was angry and disappointed just like them, so at these moments it's best to stay silent. We'll talk better tomorrow morning."

Former Italy international Luca Toni then went further in his criticism of the Real Madrid legend, as he stated the five-time Ballon d'Or winner is struggling to get past players.

He said: "It’s a defeat that also bears the signature of Cristiano Ronaldo.

"The Portuguese is in difficulty physically and he can’t even dribble past a man.”

Ronaldo, 35, was also slated by fans for failing to take a penalty in the shootout, despite it known that he waits until the fifth spot-kick.