ANTHONY JOSHUA has brought in a southpaw sparring partner who will 'naturally emulate' Oleksandr Usyk.

Joshua is set to defend his unified titles against slick Ukrainian Usyk in September in London. 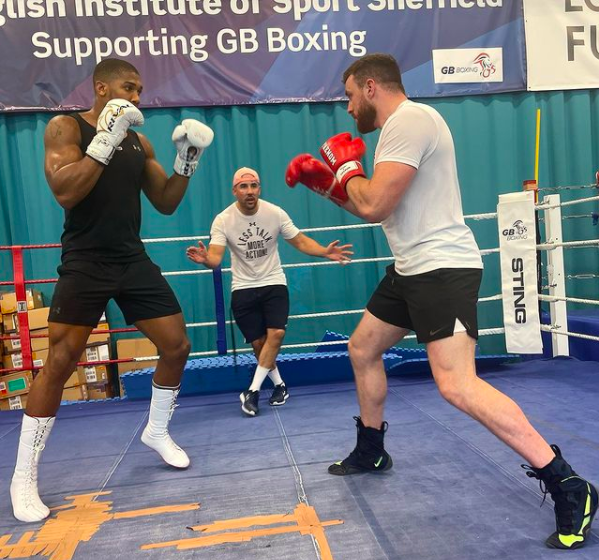 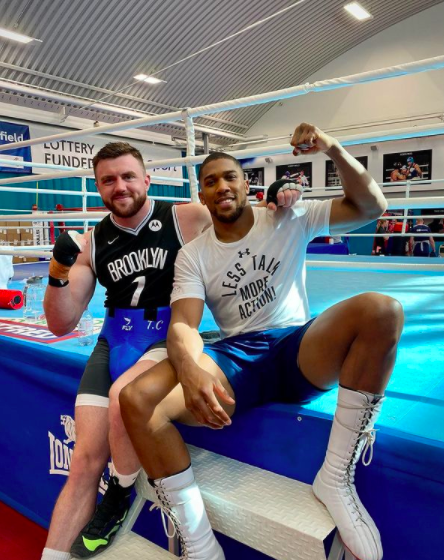 It comes after his undisputed title fight with Tyson Fury, 32, collapsed, forcing his whole training camp to be shifted.

Joshua, 31, was soon ordered by the WBO to face mandatory challenger Usyk, 34, prompting a switch in sparring to leftys.

Among those is 1-0 Irishman Thomas Carty, who has been helping AJ in his Sheffield HQ, and can replicate Usyk without even trying.

Carty told Sky Sports: "No ego whatsoever. Sparring is just sparring. There are no liberties taken.

"Nobody has asked anything in particular of me. I am left-handed and I'm light on my feet, I utilise a lot of movement, so I naturally emulate Usyk.

Joshua looked in line for a super-fight with long-time rival Fury as the pair agreed terms for a unification on August 14 in Saudi Arabia.

But Deontay Wilder, 35, at the last minute was awarded the right to a third fight with Fury, who had tried to walk away believing the stipulation expired.

They are now set for a trilogy bout on July 24 in Las Vegas, leaving Joshua out in the cold and left to instead move on to Usyk.

AJ may have been expected to take out his frustration in the gym, but according to Carty, the humble champ is business as usual.

He revealed: "AJ is a gent. He's a normal bloke, nothing crazy. He's the heavyweight champion but he's just an average bloke. A really nice fella.

"I have the same goals. Iron sharpens iron."

Heavyweight southpaws are hard to come by with only two – Usyk and Luis Ortiz – rated in Ring Magazine's top ten.

Carty knows his style can be a lethal weapon as he rises through the ranks.

He said: "It's a tactical advantage but only if utilised properly. I don't have an extra arm or leg. But I do see the benefits.

"So many orthodox guys have only boxed orthodox fighters.

"It makes me stand out. I'm a young, Irish, southpaw heavyweight – there are no others!"