RAUL JIMENEZ is recuperating in hospital after an horrific clash of heads with David Luiz.

Wolves’ Mexican international striker was knocked unconscious by the fifth minute collision as he challenged for an Arsenal corner. 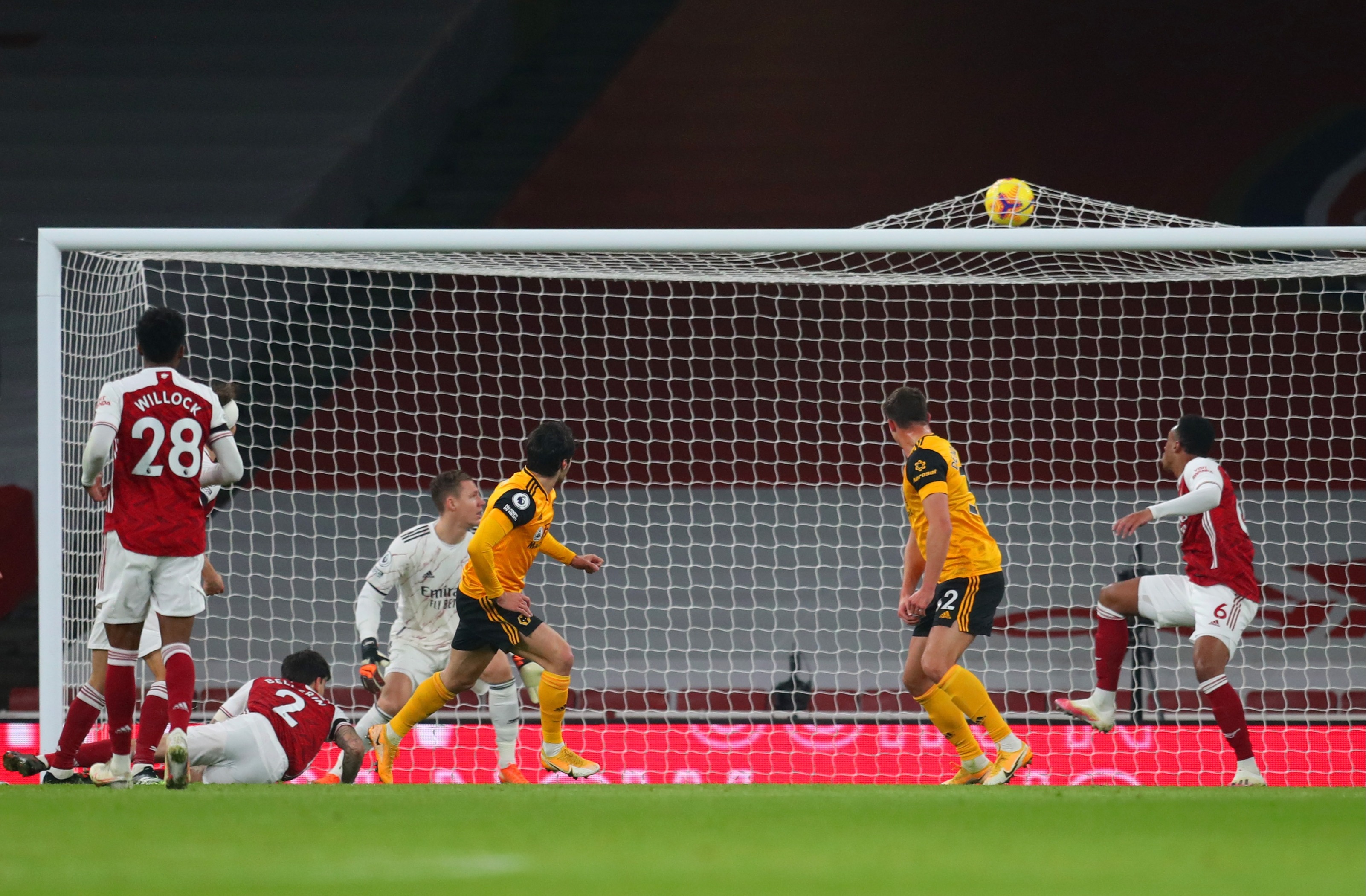 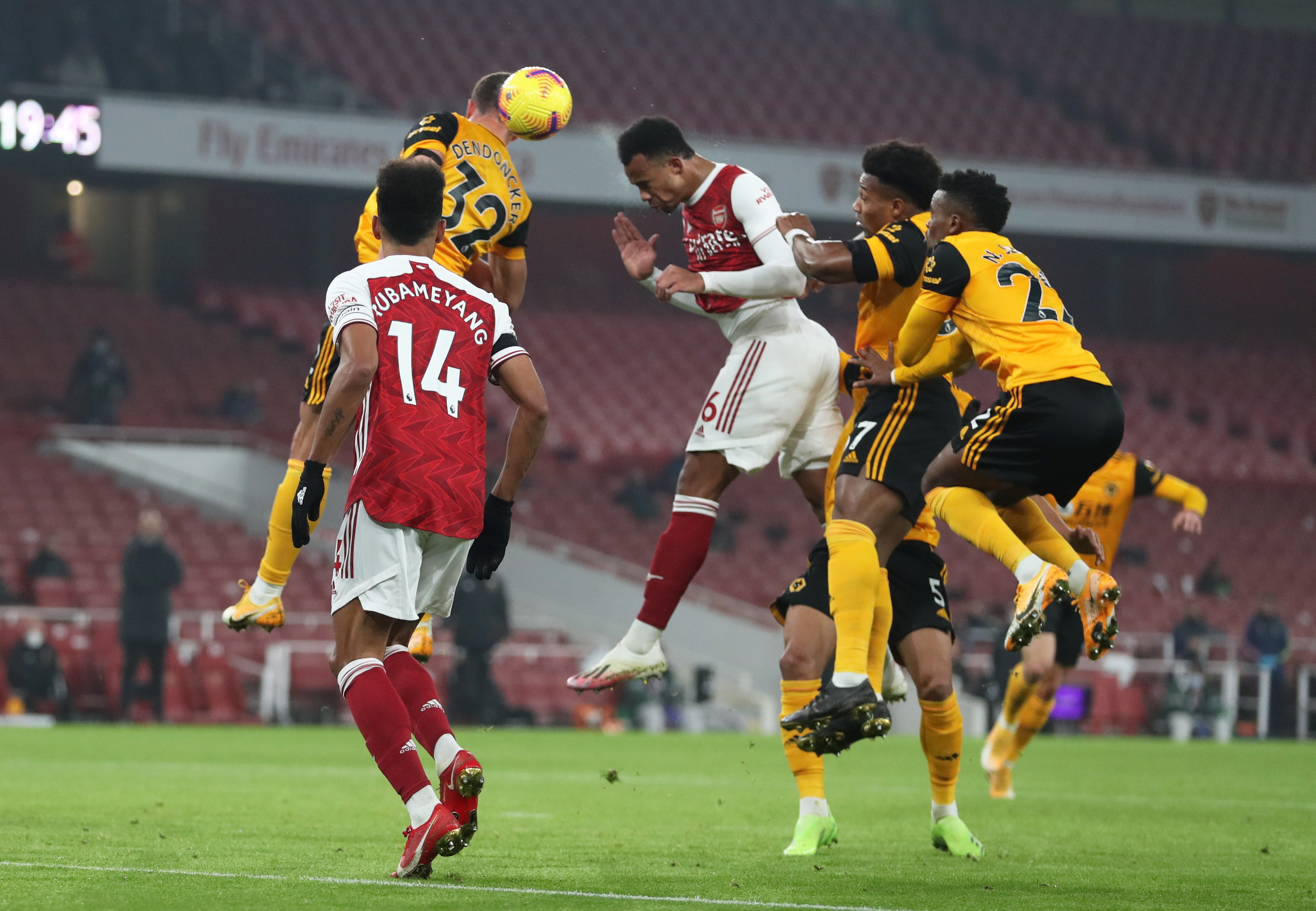 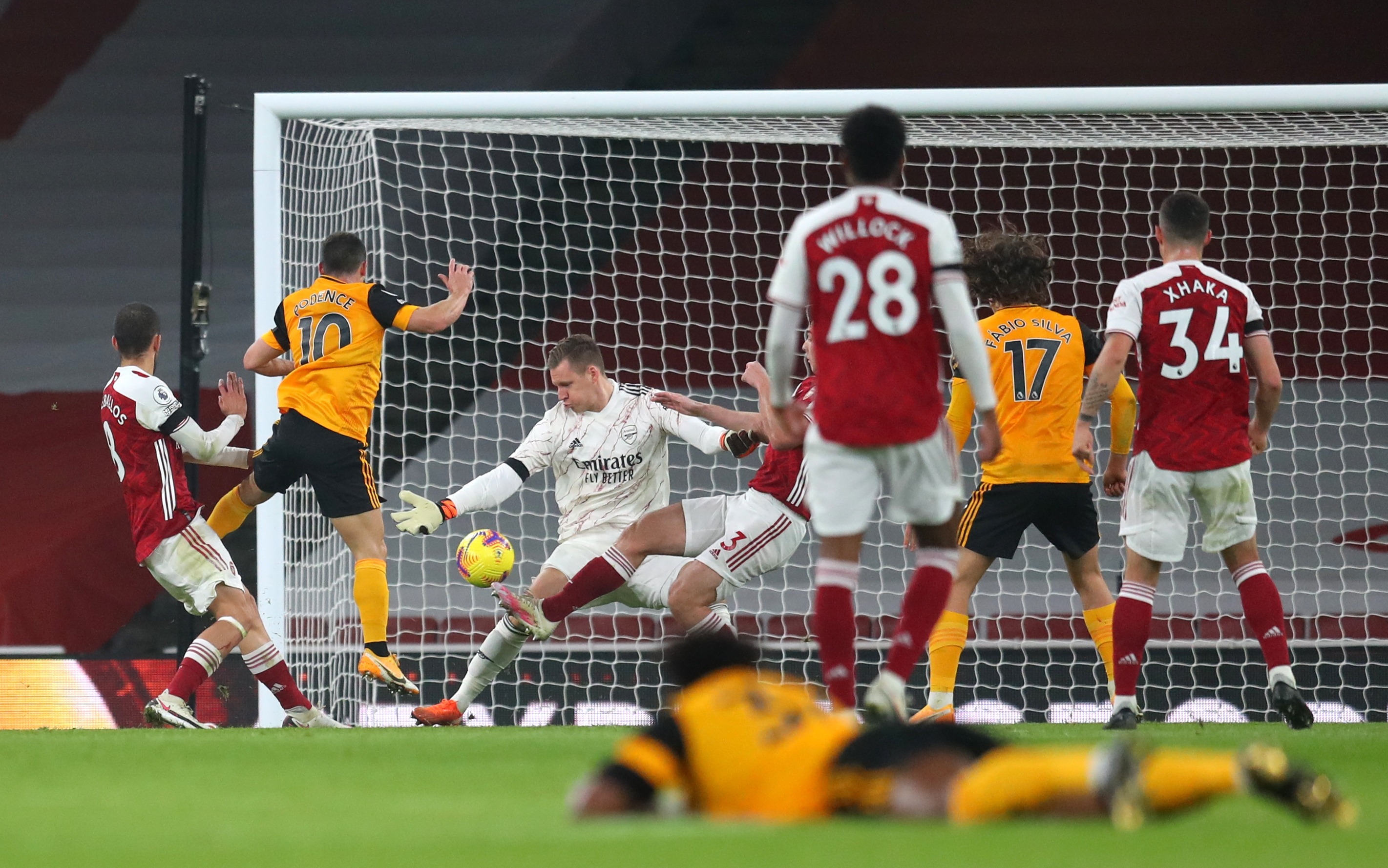 Luiz came steaming in at full pelt as Jimenez leapt to head the ball clear and the impact was so gruesome that Sky refused to show a replay.

There was a sickening crunch of bone on bone which could be heard all the way up in the press box and referee Michael Oliver had stopped the game before they had even hit the ground.

You could tell straight away that it was serious from the frantic gestures of anxious players desperately beckoning for the doctors and a stretcher.

Jimenez was clearly out for the count, completely motionless as he received treatment from a team of medics.

Yet it was a full ten minutes before he was finally carried off to a waiting ambulance with a mask covering his face to apply gas and air to ease the pain.

Luiz, incredibly, was somehow able to continue with his head swathed in bandages, although his first header saw blood oozing through the dressing.

Considering the nature of his injury, you really had to wonder why he was allowed to play on.

So it was no surprise when he failed to reappear for the second-half, by which time his team were already facing an uphill battle. 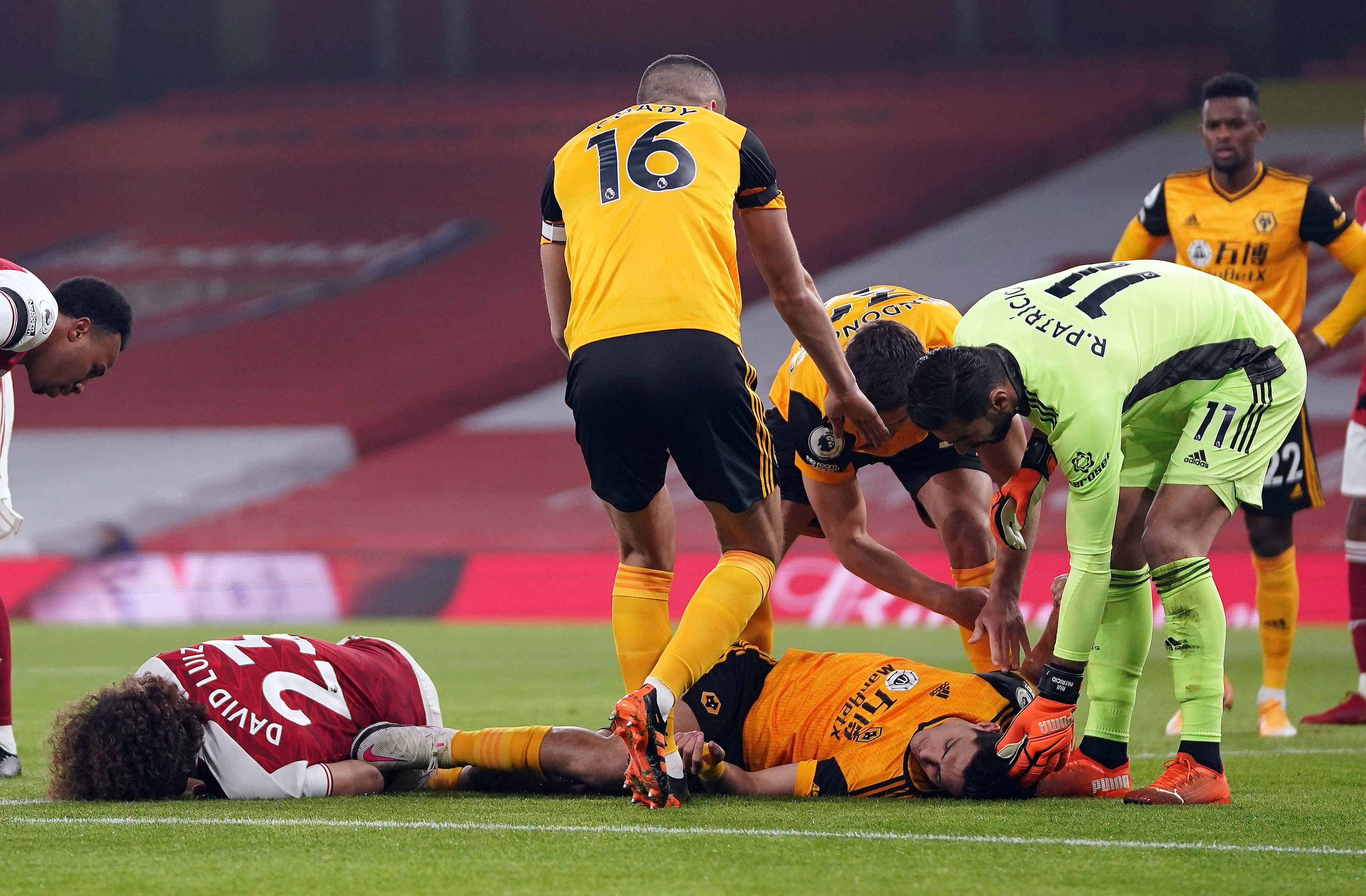 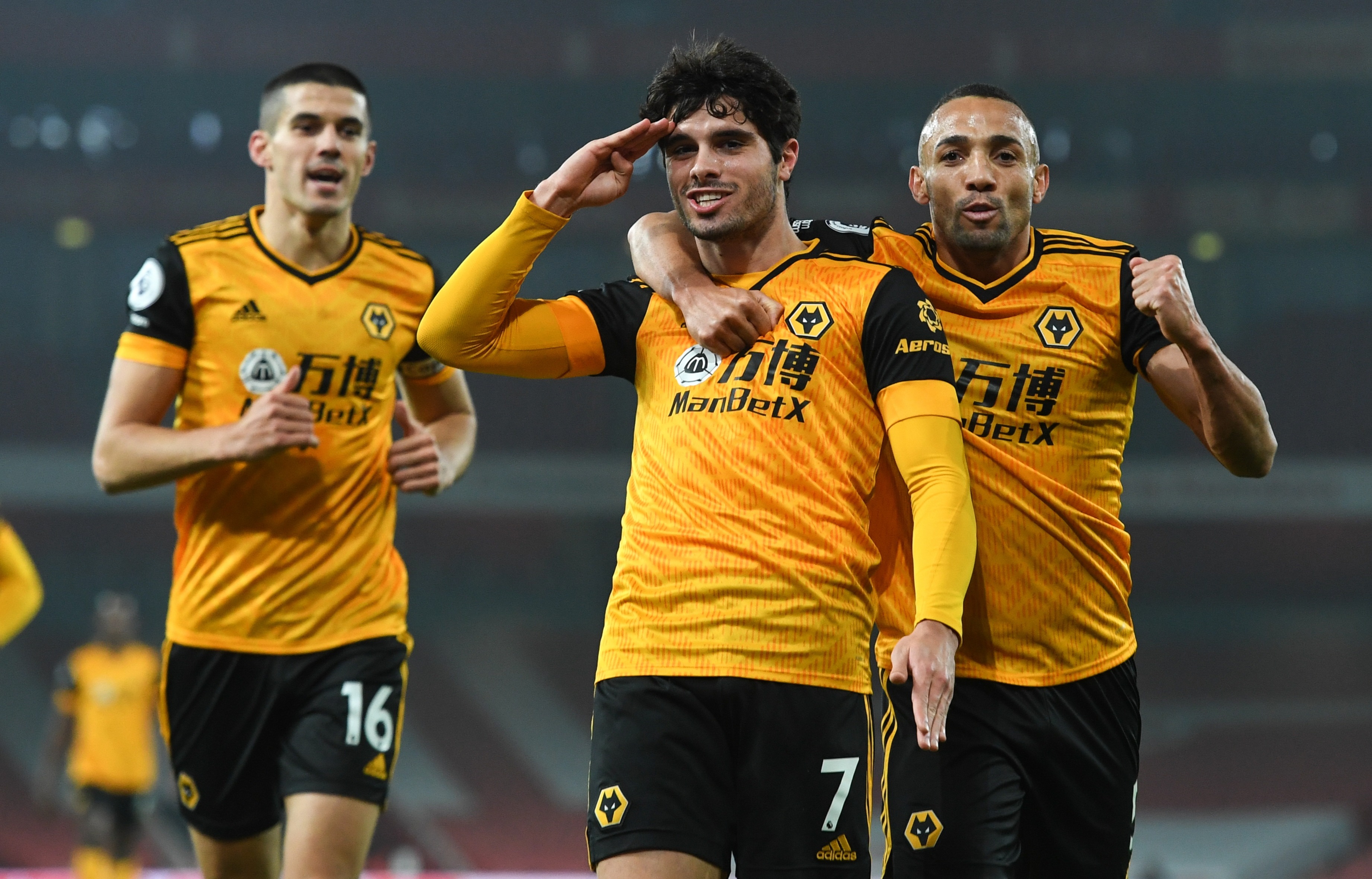 The Brazilian defender had been replaced at half-time during the midweek Europa League win in Molde after a clash of heads.

But it was nowhere near as serious as this one which was disturbingly reminiscent of the 2017 collision between Gary Cahill and Ryan Mason which ended the career of the Hull midfielder.

You can only pray that Jimenez will be back sooner rather than later, although he is clearly destined for a lengthy spell out of action.

Both teams were clearly unsettled by the incident and it was to their great credit that they were able to produce such an entertaining match considering the circumstances.

Wolves took the lead in the 28th minute when Adama Traore took Kieran Tierney to hang up a cross for the incoming Leander Dendoncker.

The Belgian’s powerful header came back off the bar but Pedro Neto was first to react as he rammed the rebound home despite Gabriel’s best efforts to block on the line.

Yet the visitors were only able to hang onto their lead for two minutes before Gabriel powered in a thunderous header from Willian’s corner.

That was Arsenal’s first Premier League goal from open play in 507 minutes yet they still looked capable of conceding every time the ball came into their penalty area. 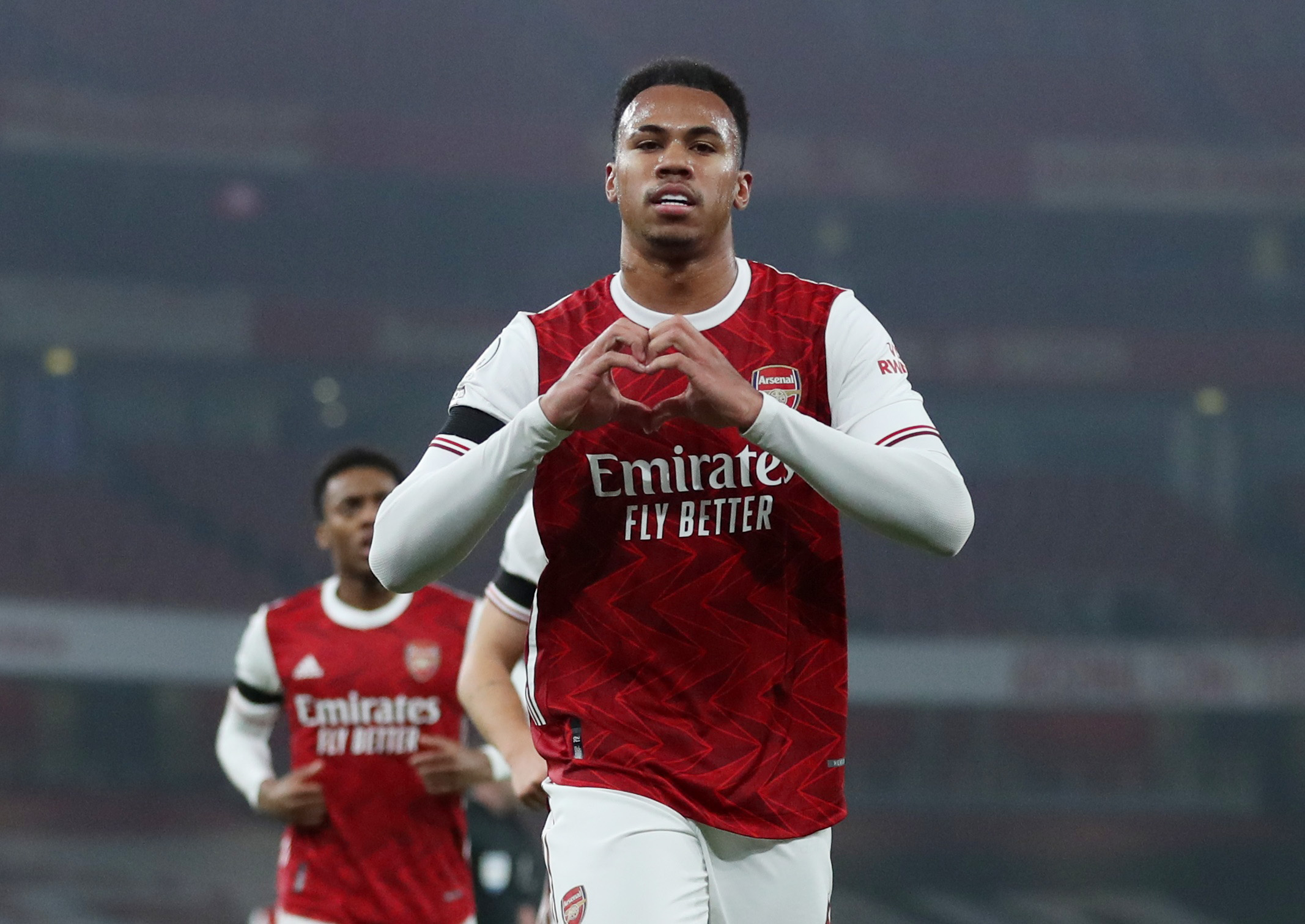 They should have been behind again from another Dendoncker header from Joao Moutinho’s corner but Bernd Leno was just able to snatch the ball on the line.

But the Arsenal keeper wasn’t so fortunate in the 43rd minute when he was wrongfooted by Pedro Neto’s shot which took a slight deflection off Hector Bellerin’s backside.

And though he managed to get a block on the shot, he was unable to hold on before Daniel Podence snaffled up the loose ball to restore Wolves’ advantage.

They could have been out of sight in the fifth minute of first-half stoppage time but Traore fired just the wrong side of the near post after being played in on goal by Fabi Silva.

The Spanish express was ripping Arsenal apart with his blistering pace, although he did blot his copybook when he was booked for a blatant second-half dive.

Traore claimed that he had been upended by Gabriel’s outstretched leg but he was clearly looking for a foul  and was on his way down before contact was made.

There was further concern for Arsenal’s medical team when Gabriel was poleaxed by a Moutinho thunderbolt which caught him full in the face. 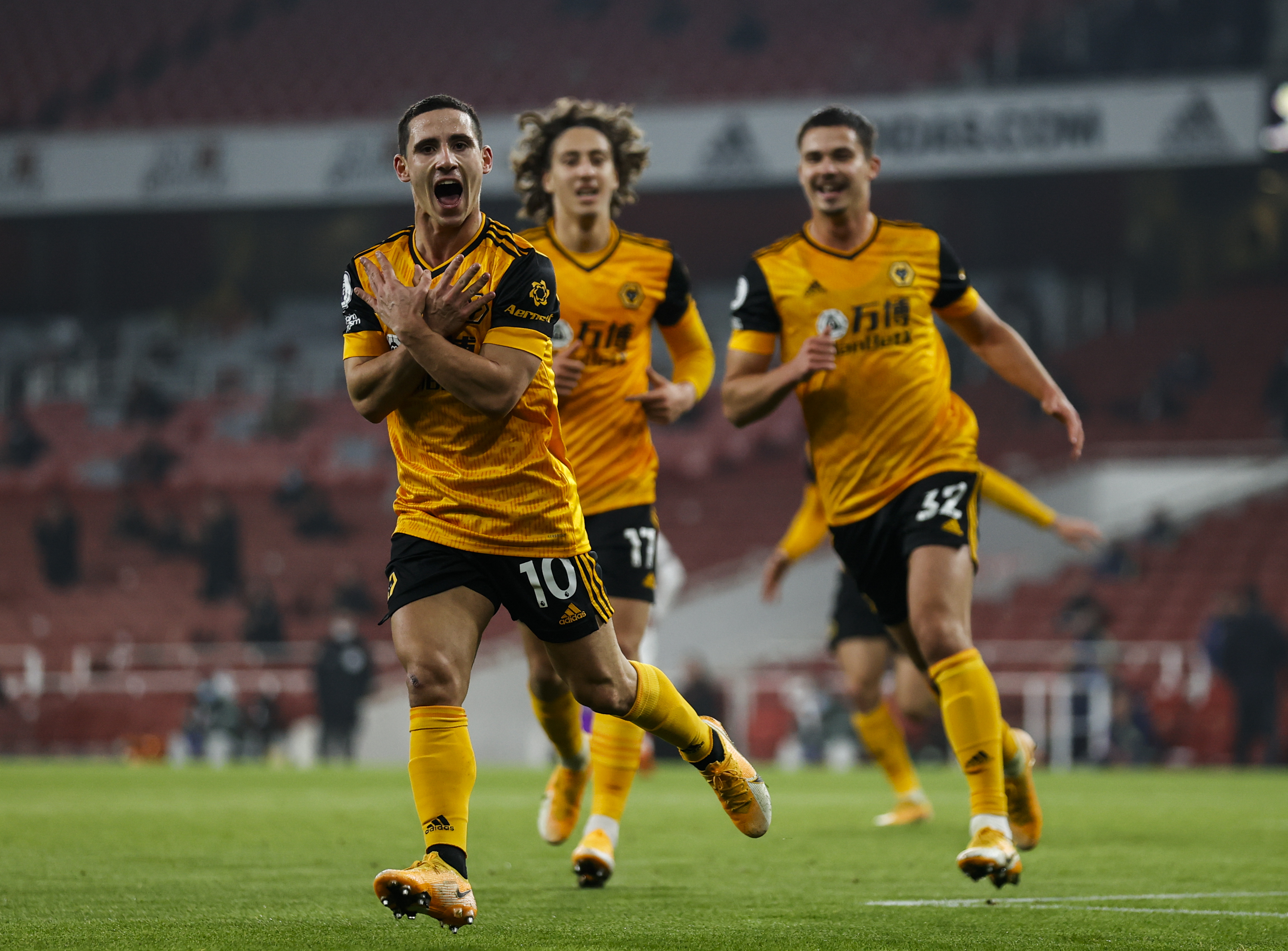 Fortunately there was no lasting damage this time and the Brazilian defender was able to carry on after some touchline TLC.

Yet even with their goalscorer restored to the action, Arsenal were unable to avoid a third straight home defeat on the anniversary of Unai Emery’s sacking.

Pierre-Emerick Aubameyang almost levelled when he was presented with a shooting opportunity by Rui Patricio, but Conor Coady was able to get back to clear.

And substitute Reiss Nelson squandered an even better opportunity when he cleared the bar after Bukayo Saka’s 75th minute had sat up invitingly for him.

It is a result which leaves the Gunners down in 14th place, which is their lowest position since the Premier League was launched way back in 1992.

To make matters worse for Mikel Arteta, he now takes his struggling team to Tottenham next Sunday with the noisy neighbours sitting proudly top of the table.

This was Wolves’ first win away to Arsenal in 41 years since a 3-2 victory at Highbury way back in September 1979.

Yet even three points will be scant consolation for Nuno’s team as they travelled back to the west Midlands without their stricken top scorer.