Chinese authorities appear to have delayed Australian writer Yang Hengjun's trial by three months, almost two years after he was detained in Beijing.

Australian officials visited Dr Yang on Thursday last week but government sources said they had still not been informed on the exact details of the allegations being levelled against the University of Technology Sydney PhD graduate. 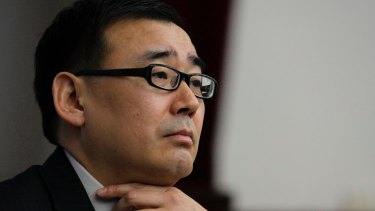 Australian writer Yang Hengjun is unlikely to face trial in China until April next year.

Dr Yang was formally charged in October with espionage, paving the way for him to face trial later this month or in January. But sources familiar with the case have confirmed the trial has now been postponed by three months, meaning it is likely to be moved to April next year.

There are still no details about the exact nature of the espionage charges against Dr Yang, a pro-democracy blogger who was born in China and once worked for its Ministry of Foreign Affairs.

The 55-year-old has been isolated in a Beijing prison and allegedly tortured in an attempt to extract a confession on the unspecified claims. Chinese authorities have been unable to extract a confession from Dr Yang, despite more than 300 rounds of interrogation using forms of alleged torture including severe sleep deprivation.

He was also denied any visits from friends, family and Australian officials for an eight-month period from December, 2019, which Chinese authorities blamed on the COVID-19 outbreak. Prior to that, Dr Yang was allowed a monthly half-hour visit from a representative from the Australian consulate.

Dr Yang was detained in January last year and formally arrested by the Beijing State Security Bureau on August 23 on suspicion of endangering Chinese national security. Chinese authorities have declined to specify the claims against the pro-democracy activist who became an Australian citizen in 2002.

Earlier this year, Amnesty International called on Chinese authorities to release Dr Yang "immediately and unconditionally unless there is sufficient credible and admissible evidence that he has committed an internationally recognised offence and is granted a fair trial in line with international standards".

Pending his release, the human rights group said China needed to ensure Dr Yang had regular, unrestricted access to visits from consular staff and family and lawyers, and give him immediate access to any medical care he may need.

Concern from friends and family of Australians detained in China have heightened amid an escalating diplomatic and trade dispute between Canberra and Beijing this year.

But earlier this month, Australian citizen Sadam Abdusalam, was able to reunite with his wife Nadila and and three-year-old son Lutfy, members of China's Uighur Muslim minority who had been under house arrest.