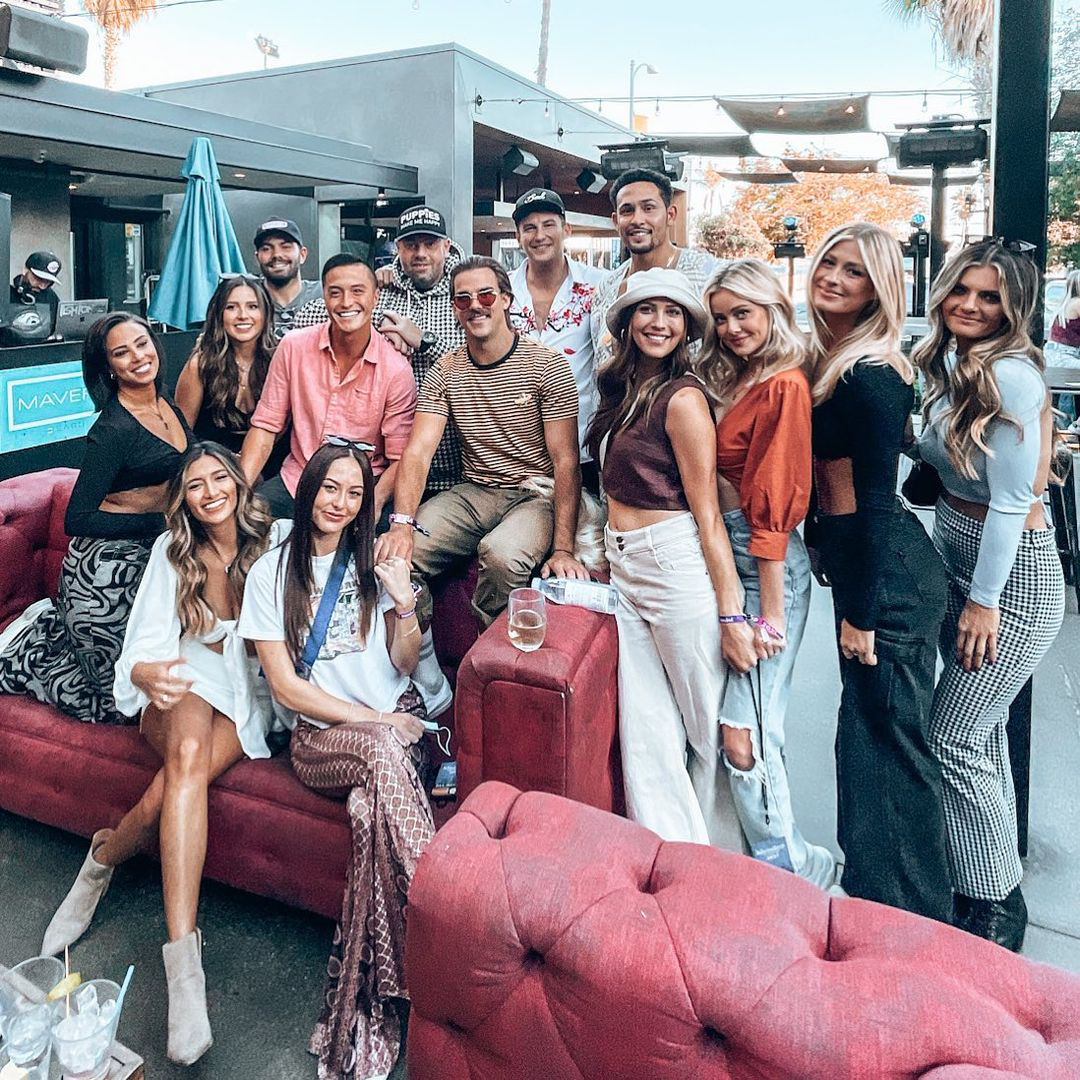 Bachelor Nation pals forever! Fresh off the October finale of Bachelor in Paradise season 7, the cast has come out of hiding for a night on the town with their fellow show alums — including past couples and fan-favorites.

Bachelor Nation Stars Who Found Best Friends on the Shows

“On a scale of 1-10 how weird is Bachelor Nation 😂,” Blake Horstmann, who previously appeared on BiP season 6, shared a group snap via Instagram on Friday, October 15. He also included the hashtags “trytonotmakethedatingtreeonthispic.” “thomasistall” and “theansweristoomanyzeros” in his post.

In response to the Bachelorette season 14 alum’s question on his social media post, several of the other attendees and Bachelor fan-favorites commented their answers.

‘Bachelor in Paradise’ Couples Who Are Still Together

The Colorado native later shared the same group snap onto his Instagram Story, commenting, “This isn’t weird.” Then, the Bachelorette season 17 lead reposted it onto her Instagram, writing, “Small cult of weirdos.”

Horstmann — who previously competed on the 31-year-old Minnesota native’s season — briefly rekindled his onscreen romance with Kufrin before her BiP stint, though the “Bachelor Happy Hour” podcast host has asserted the pair were just pals.

“Blake and I have always been friends. We’ve always been supportive of one another,” the Bourdon founder said on an August episode of the “Click Bait” podcast. “In terms of the ‘talking,’ yeah, we’ve been in touch very sporadically, but nothing that I would say would warrant … a potential relationship.”

Weeks later, the “Behind the Rose” podcast host hinted there was more to the story.

“Honestly, at this point, it’s just, like, something I don’t know if I even want to waste my breath. I just feel, like, at this point, it’s just a waste of time,” Horstmann revealed during a September episode of his “Behind the Rose” podcast. “Listen, I was hurt by the podcast [interview]. …  Like, you said, it’s no secret that we were hanging out prior. I don’t think it was some secret — like, [it] wasn’t at all. More than anything, I was hurt by it.”

Since the former publicist’s time on the Paradise beach, she’s since rekindled her onscreen romance with the San Diego native.

“You know what they say…Third time’s a charm,” Kufrin captioned an Instagram video of the pair, shortly after the BiP finale aired. “I’m sorry for breaking up with you on national television, but I’ll take every day to make it up to you, Tommy. Thanks for making my heart smile far more than it ever has. Now time to start this real life @thomasajacobs.”