BOSTON RED SOX catcher Christian Vazquez was saved by his sunglasses after a freak training ground accident almost blinded him.

Just days before the new MLB season gets underway, the Puerto Rican revealed a nasty gash under his left eye. 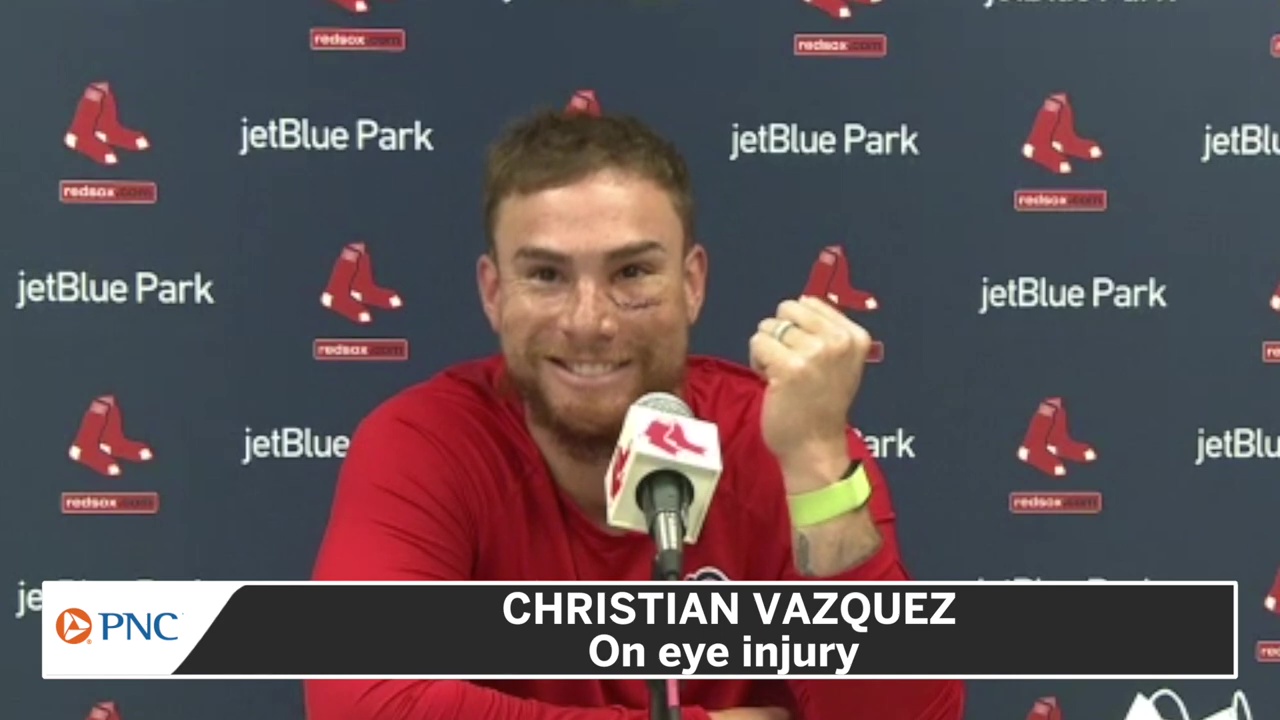 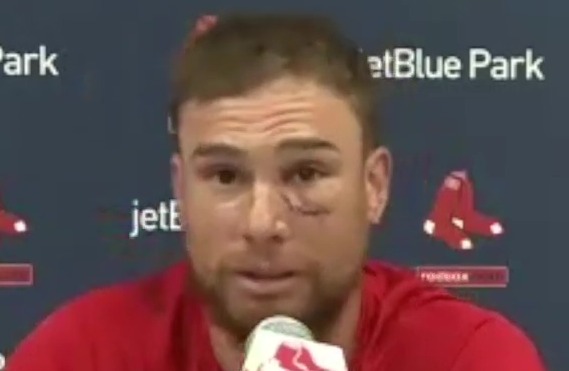 The incident occurred when he took his mask off for a breather during a practice session last week – unbeknownst to the pitcher.

Hirokazu Sawamura launched the ball towards Vazquez thinking he was ready but it caught him flush in the face.

His sunglasses dug into his skin, creating a large cut underneath his eye that required several stitches.

And the 2018 World Series champion spoke to the media on Monday to express how lucky an escape it was.

"If I don’t have the sunglasses, it was a different story."

My wife likes the scar, so we’re good.

Amazingly, the catcher insisted he is '99 per cent' likely to be fit for the Red Sox season-opener against the Baltimore Orioles on Thursday.

Vazquez certainly appeared to be in good spirits and joked 'you like my scar' with reporters before adding: "My wife likes it, so we’re good."

He then described the accident, stating: "I saw the ball right here in my face and it knocked me down to the floor. 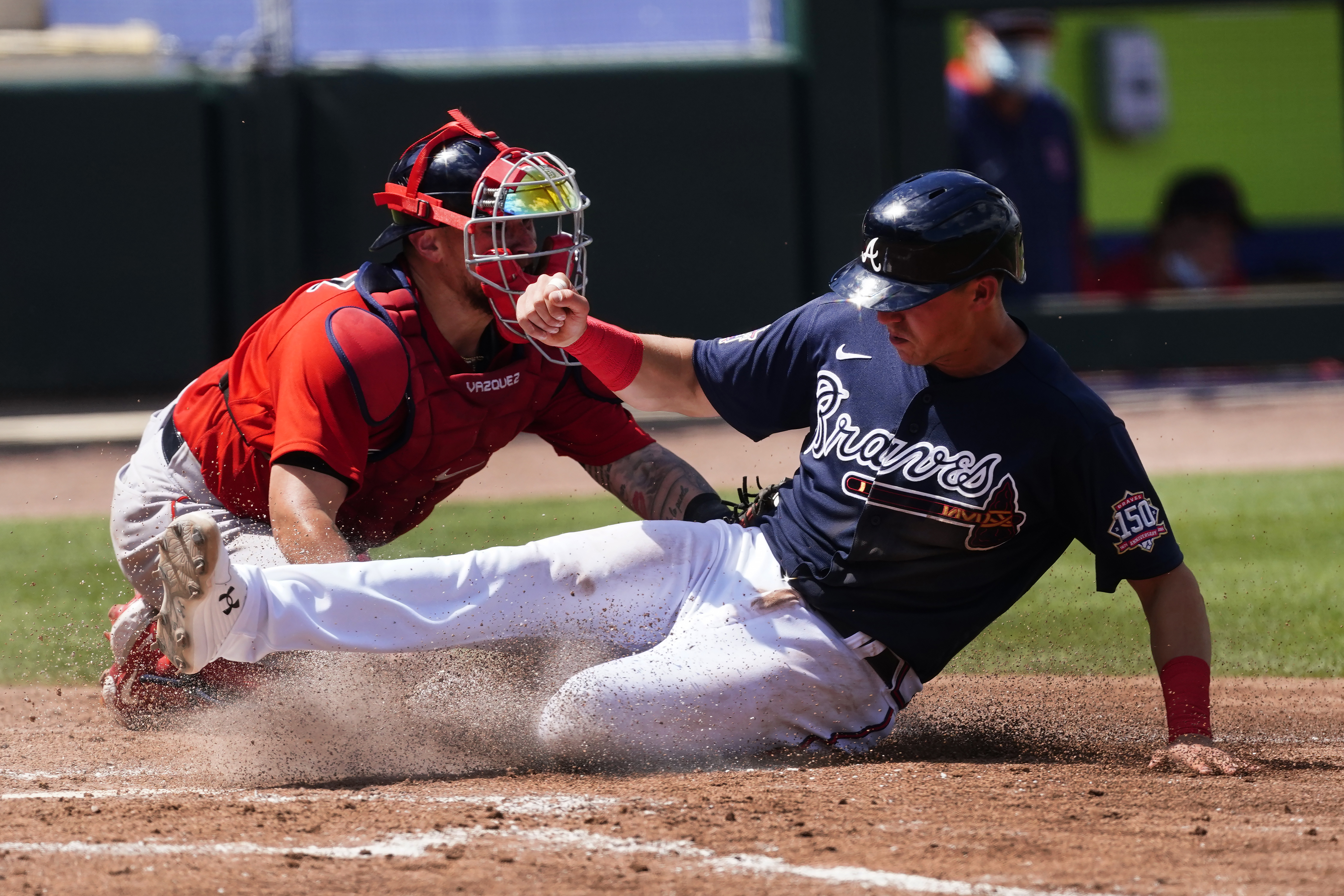 "All hits in the face, you’re worried. I was worried about my eye.

"When I got hit I opened my eye and I was seeing, so that was a good sign. That’s the only concern I had when it happened. I’m not worried.

"I caught a bullpen [on Monday] and it’s not bothering me, so I’m 99 per cent sure I can go on Thursday."